Week in Rock History: Superstars Record 'We Are the World' - Rolling Stone
×
× 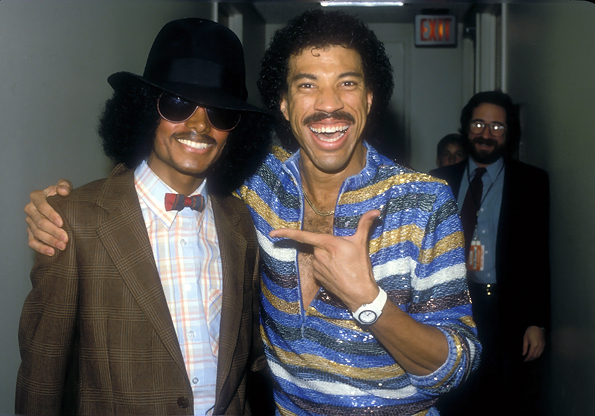 This week in rock history, the Apollo Theater reopened, John Lennon knocked out “Instant Karma” in one day, Grace Slick and Paul Kantner of Jefferson Airplane gave birth to a daughter named god, superstars gathered to record “We Are the World” and Ray Charles sang “America the Beautiful” at the Super Bowl.

January 26, 1934: The revitalized Apollo Theater opens
One of the most esteemed venues in rock & roll, the Apollo Theatre in Harlem, New York, started as a much different kind of entertainment hall in the 1910s: a burlesque club that did not allow African-American performers or audience members. When the city cracked down on burlesque dancing in the early 1930s, the Apollo was one of the main casualties. The gorgeous neo-classical hall went dark for one year until original owner Sidney Cohen reopened it with a keen focus on variety shows and the flourishing black community of its neighborhood.

In that format, the Apollo would go on to influence the course of popular music for decades, both through its integrated audiences and its performances. A popular draw were the weekly Amateur Nights (where a teenaged Ella Fitzgerald shone), and the Apollo was a major factor in the Harlem Renaissance preceding World War II, which profoundly shaped jazz and R&B. The Apollo can claim Billie Holiday, James Brown, Buddy Holly, Stevie Wonder, Patti LaBelle, Lauryn Hill, the Jackson 5, Aretha Franklin and scores of other artists as discoveries; the theater was a home to all of them before they scored superstardom. (The Apollo could also claim President Obama on this list, should he decide to pursue a singing career after last week’s tribute to Al Green.) In 1983, the Apollo received New York state and city landmark status.

January 27, 1970: John Lennon writes, records and mixes “Instant Karma!“ in one day
John Lennon’s third single as a solo artist was fittingly named: he completed it in an astounding one day, from writing to mixing, and shipped it to record stores ten days later. As he told the press, “I wrote it for breakfast, recorded it for lunch, and we’re putting it out for dinner.”

Perhaps owing to its quick preparation, “Instant Karma! (We All Shine On)” has a ramshackle joy to it, especially in the group chorus. Where did Lennon find such angelic voices? At the Hatchett Club pub in London: he snared a group of barflies to sing his hook – accompanied by Yoko Ono, George Harrison and Beatles collaborator Billy Preston – and finished mixing immediately afterward with the track’s producer, Phil Spector.

Lennon’s inspired track scaled the charts fast, reaching Number Three on Billboard charts – two spots below the Beatles’ “Let It Be,” shortly before the band broke up.

January 25, 1971: Grace Slick and Paul Kantner give birth to a daughter, reportedly named god
Grace Slick’s daughter with her Jefferson Airplane bandmate Paul Kantner now goes by the name China Wing Kantner, but for a few moments after her birth, the baby had a different name entirely: god (yes, with intentional lower-case initial). The story has since become rock legend (and certainly puts a child named Apple into perspective), but it is false. Despite widespread reports that the musicians named the child with the heavenly name, it was really a sarcastic joke that snowballed.

As Slick relates in her autobiography, Someone to Love?:

“As I held my newborn baby in my arms, a Spanish nurse came into my hospital room to attend to antiseptics and linens. She was holding a framed certificate that looked like a high school diploma, and she said, ‘We give these to all the new mothers. You see, it says where she was born, what time, and the name of the baby goes here.’ She pointed to an empty line in the document. ‘What is your baby’s name?’ she asked.

I noticed a crucifix around her neck and spontaneously said, ‘god. We spell it with a small ‘g’ because we want her to be humble.'”

It was only a few hours after my baby had arrived, I was holding the miracle of birth in my arms, and I was already messing with somebody’s head. The nurse asked me to repeat what I’d said. I obliged her. After hearing it a second time, deciding that the blasphemy was real, she haltingly entered ‘god’ on the parchment, probably expecting to go through life repeating novenas for her participation in this profanity. When she was through filling in the irreverent name, she ran to the telephone to call Herb Caen, the San Francisco Chronicle newspaper columnist.”

January 28, 1985: Michael Jackson, Bob Dylan, Tina Turner and more stars gather to record “We Are the World“
“We Are the World” was the American response to “Do They Know It’s Christmas?,” the British charity single from the previous year that raised millions for Ethiopian famine relief. The new song was the brainchild of Harry Belafonte, the Calypso-pop musician and international activist, and written by Michael Jackson and Lionel Richie, with production from Quincy Jones and Michael Omartian.

The song was a true intersection of American music royalty – too many of them, in fact, for every musician to receive a solo line. Performers included Stevie Wonder, Tina Turner, Billy Joel, Bob Dylan, Bruce Springsteen, Diana Ross, Ray Charles, Willie Nelson, Paul Simon, Cyndi Lauper and more, as well as one comedian, Dan Aykroyd. It was recorded in one all-night session in Los Angeles.

“We Are the World” was the fastest-selling single on the American charts and was a worldwide sensation. It went quadruple platinum, won three Grammys, and was remade in 2010 for Haiti earthquake relief.

On the field, the Baltimore Ravens trounced the New York Giants. At halftime, a pop mélange of Aerosmith, Britney Spears, *NSYNC, Nelly and Mary J. Blige bopped through “Walk This Way.” But for music fans, the true thrill of Super Bowl XXXV in Tampa, Florida, was before the game, when soul legend Ray Charles delivered a stunning performance of “America the Beautiful.”

Charles’ version of “America the Beautiful” was performed live in celebration of the 225th anniversary of the birth of America. It was a truly beautiful performance, and a moment of reverence to beat any in the Super Bowl’s history. Sadly, it was also one of Charles’ final public performances; this, plus a set upon inauguration into the Songwriters Hall of Fame, were part of a handful of final public appearances before Charles passed away in 2004.