Late Monday night at New York’s Electric Lady Studios, Ryan Adams stepped into a telephone booth-styled recording studio (called a Voice-O-Graph) and cut an acoustic rendition of his new single “Do You Still Love Me?” straight to vinyl. Today, he’s back in the booth, cutting two more songs from his forthcoming album Prisoner the same way.

Adams is the first artist to use the studio’s vintage Voice-O-Graph, says Electric Lady’s partner/GM Lee Foster. In the Instagram video below, Adams gives his new power ballad a stirring acoustic treatment, strumming vigorously while howling the lovelorn refrain. Foster tells Rolling Stone the unique vinyl-cutting contraption dates back to 1947 and is one of only four known models of its kind.

The do-it-yourself recording booth was originally installed at Jones’ Fantastic Museum in Seattle. It was onsite at the 1962  Seattle World’s Fair the same year Elvis Presley was there, filming the 1963 comedy It Happened At The Fair. Electric Lady Studios’ owner Keith Stoltz bought the antique Voice-O-Graph from collector and patent attorney Bill Bollman (who sold a similar model to Jack White’s Third Man Records). 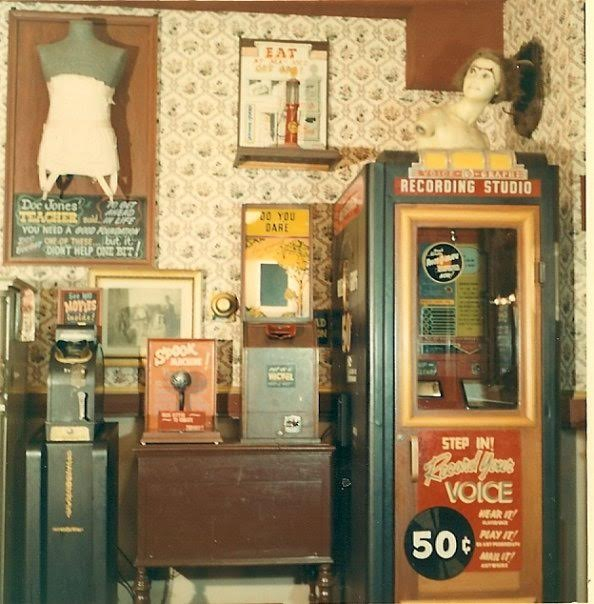 The booth is straightforward and doesn’t require additional engineers, says Foster. The artist has about three-and-a-half minutes in the booth, after which a finished piece of vinyl is processed and produced. “We continued to tweak and modify the booth,” says Foster. “Like, we found a way to bypass having to drop 50-cents into the machine to make a recording, but that’s also part of the fun of it.”

Adams revealed how he plans to disseminate the limited edition singles, captioning a picture of a clear seven-inch: “Things to hide in a box.” Prisoner, due out February 17th, will be his first original record since 2014. Adams’ last record, a song-for-song cover album of Taylor Swift’s 1989, was released in 2015.

“Making of” the new album I recorded tonight at @electricladystudios