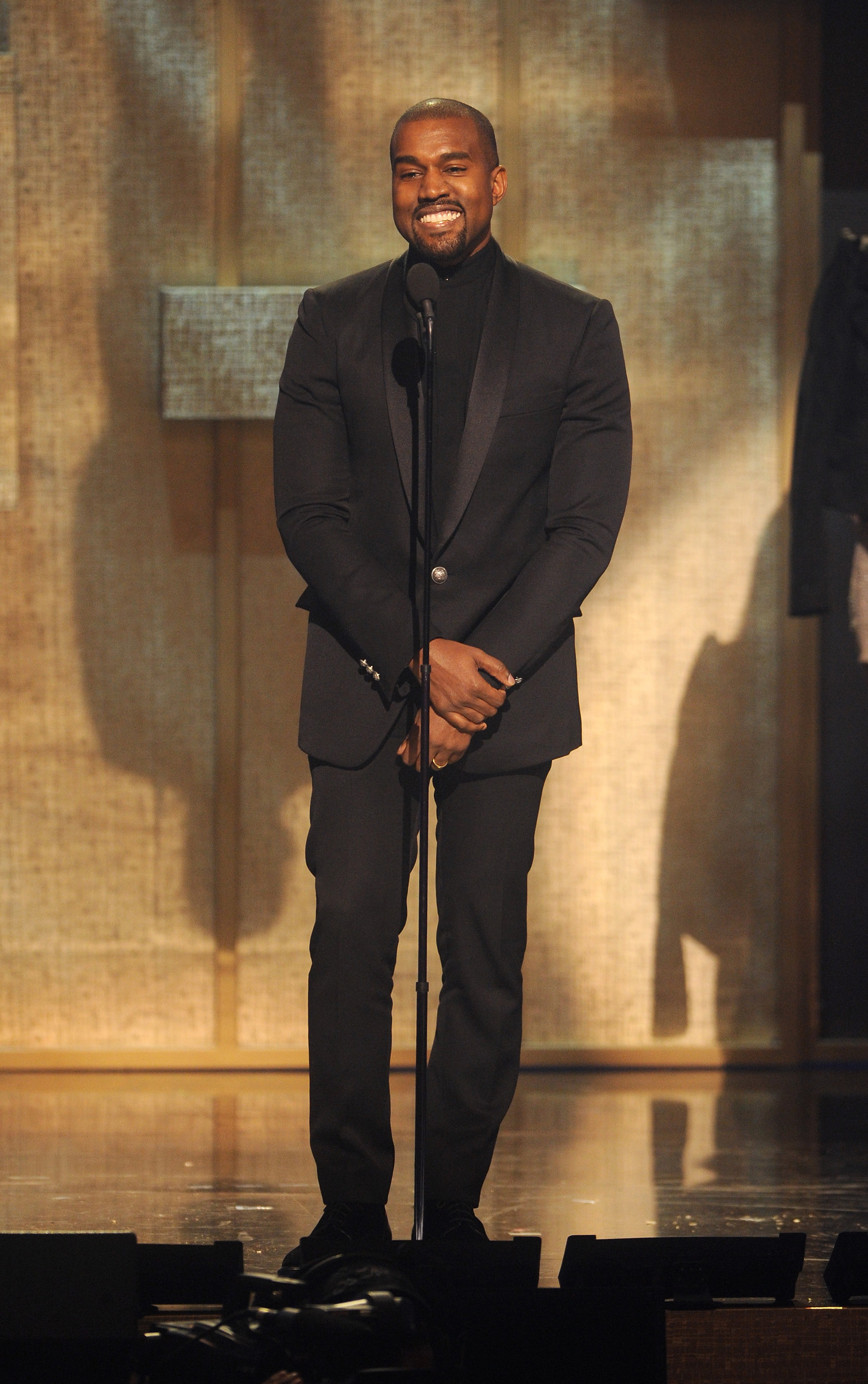 Kanye West received the Visionary Award at this year’s BET Honors, which was filmed in January but broadcast Monday night, and used his acceptance speech as a platform to denounce racism. The rapper called for people to focus less on individual races and more on the human race as a whole in the unedited speech, which is streaming below.

Addressing his marriage to a woman “not of color,” Kim Kardashian West, the rapper first joked that people shouldn’t judge her for dating a rich black man because she “has dated broke black dudes, so it ain’t got nothing to do with money.” She laughed embarrassedly, but he went on to tell a story she had told him about her teenage years to make a sobering point.

Kanye West Gets Deep With Ryan Seacrest: 11 Things We Learned

“She told me [about] where her father, Robert Kardashian, walked out and on the side of his Bentley, [protesters] wrote, ‘Nigger Lover,’ because Robert Kardashian was the genius that put together the defense team that got O.J. [Simpson] off,” he said. “She had never saw her father curse, get mad; he was the most laidback human being. And he went so crazy and tried to chase the people down. And she stood there crying and said, ‘Dad, why are you going so crazy?’ And he said to her, ‘One day, you may have a black child. A beautiful, beautiful, beautiful black child. And it’s going to be hard. You’re going to see how hard it is.'”

He then broadened the focus of his speech to address racism as a whole. “The ‘micro’ of it is we focus on the different races as opposed to the ‘macro,’ which is the human race,” he said. “The bit of sound bites that everyone loved from last year that got taken out of context or misunderstood did come from a place of saying, ‘Yes, part of the reason why I’m not allowed to be empowered is because of race, because of people’s perception of celebrity, because all they want to present to young, black men is the idea of making it to the league or making it to be a rapper, but not the idea of becoming an owner.’ And they would do anything they can to make it seem like a truthful idea is a stupid idea or crazy idea.”

He also invoked slavery abolitionist Harriet Tubman, whom he quoted as saying that she could have freed more slaves had they known they weren’t free. He used that sentiment to highlight what he perceived as a modern slave mentality, wherein people have become slaves to perception and “to the idea of being cool.” Using oil as a metaphor for wealth, West told the audience, “Our oil is our expression, is our influence. Don’t never let them take that away. And when we have the chance to express it and to influence, don’t only just do it for us, do it for the human race.”

Damon Dash, the entrepreneur who co-founded Jay Z’s Roc-A-Fella Records, introduced West as well as a four-minute introductory video that illustrated why West was getting the Visionary Award. “Seeing that, I think for one of the first times in my life I understand how it is to feel humbled,” West said at the start of his speech to uproarious laughter in the audience.

In other West news, the seedlings of a possible tour with Rihanna, whose next album he is currently executive producing, were set when a Live Nation site recently posted and removed a joint concert between the two musicians to take place in Estonia this summer. The two singers recently collaborated on the song “FourFiveSeconds” with Paul McCartney.

West also reiterated the comments from his BET speech about being frowned upon in the fashion world because he is a celebrity in a recent series of tweets directed at New York Fashion Week creator Fern Mills. “I don’t call myself a designer as I was not allowed to go to Saint Martins [fashion school] – because I was too famous by the time I realized I wanted to design,” he wrote. “Fame is often looked down upon in the design world, so it’s actually been something I had to overcome.”