After more than a year of rumors and feints, many hours of a cryptic live stream and the arrival of a “visual album” containing a goofy techno song and tantalizing scraps of new music, Frank Ocean released a new full-length titled Blonde tonight. In New York and three other cities, a version of the album – with a track list that differs from the Apple Music version, which arrived simultaneously – was given out for free at pop-up stores, enclosed as a CD in the midst of a hefty glossy magazine more than 360 pages long.

Few singers inspire the same fervor as Ocean. Most of the artists who do, like Beyoncé or Kanye West, have more than a decade of chart success, with huge hits and platinum-certified albums to their name. Ocean, in contrast, has just one official full-length and a lone Top 40 hit. But a legion of admirers will pore over every scrap of information with the intensity of monks examining a sacred text, and parse every perplexing hint of new music for hidden meaning.

Two weeks ago, it looked like Blonde was going to arrive – it was thought to be titled Boys Don’t Cry at the time – but that deadline came and went, like so many others. “I was literally going through it,” Rahel, a 27-year-old standing in front of the Ocean pop-up on the corner of Mulberry and Kenmare in downtown Manhattan, tells Rolling Stone. “I felt this anxiety. He’s just toying with my emotions.”

Rahel and her friend Ryan, 25, are longtime Ocean fans.  The former considers him a “genius”; the latter calls him “one of the best songwriters out, in any genre” – and tonight they were lucky. “We weren’t even planning on being here,” Ryan explains. “The guy at Noah [the bar diagonally across from the pop-up], told us about it. By the time he finished his sentence, we were out. We just ran across the street. There were only, like, eight people in line. I posted a picture of the magazine; everyone’s hitting me up. I’m like, ‘I can only get one, I’m sorry.'”

The site of Ocean’s giveaway, Iconic Magazines, looked like an unassuming convenience store of the kind you’ll find on any corner in the city. Shelves in the front half of the shop were entirely covered with large, shiny copies of Ocean’s release. The singer managed to catch New York by surprise; around 7 p.m., the line outside was still relatively short. That’s impressive, considering the intensity of Ocean’s fan base and the remarkable amount of attention surrounding the absence of this album. In contrast, the wait at Kanye West’s pop-up shop in Soho earlier this year – the schedule was announced days beforehand – was many hours long.

It didn’t take people long to figure out what was happening, and by 8 p.m., the line had stretched across two blocks. Security told people at the end they were probably not going to make it inside. This left Josh, 22, with a tough decision about a block and a half away from the entrance. He found out about the pop-up on the website Pigeons & Planes and rushed to Mulberry as quickly as possible. “I’m torn right now,” he says. “It’s my friend’s 21st birthday at 9. She might be a little pissed.” He’s streaming Ocean’s album on his phone as he waits in line. “The past year I gave up,” he adds. “I have [Blonde] on Apple Music, and I’m still convinced it’s not out.”

Though that sort of internal conflict is an integral part of Ocean fandom, most of the fans here seem to have made peace with their hero’s confounding process. “I’ve been waiting so long for this album,” Nelson, 23, declares. “But it’s fine. You can’t force art. He’ll bless us when we deserve it.” Dom, 24, admits to handling the years between Ocean’s albums with difficulty. “Some people who just buy music casually or listen, they don’t understand: This is someone’s life that they’re putting into a project to give back to you.” 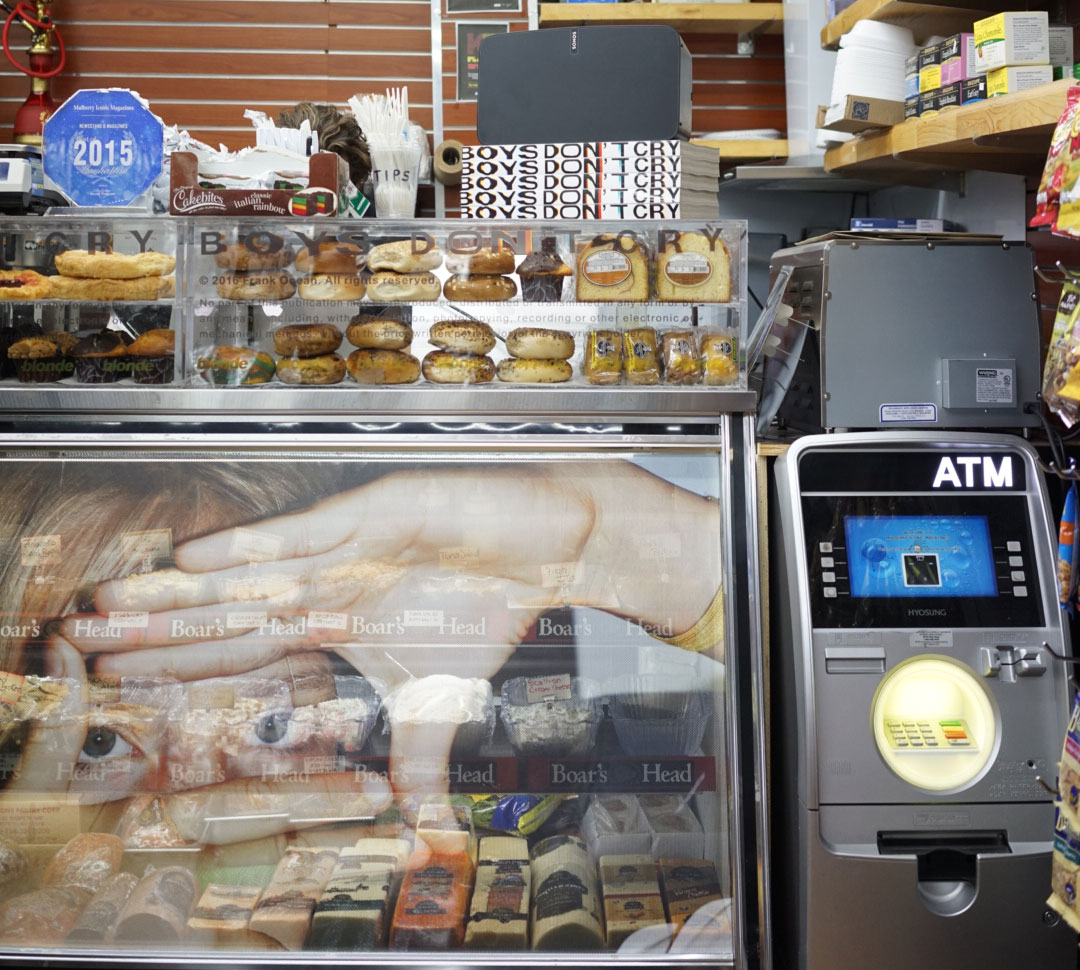 “We definitely wanted to hear it quicker,” he continues. “The wait was like … It was fun to participate in all the shenanigans. But we also know what’s happening behind the scenes. You know he’s gonna give you nothing short of greatness.”

Robyn, 32, agrees. Unlike Dom, who was turned away by security, she already got her magazine, again by luck. “I live in Portland, Oregon, but my parents live here in Chinatown,” she explains. “I decided on Wednesday to fly in for my friend’s bridal shower. My husband called me 30 minutes ago and was like, ‘There’s a Frank Ocean magazine CD release at 188 Mulberry. You need to go!’ I started running.”

Her speedy movement isn’t surprising considering her love for Ocean’s last album, Channel Orange. “I’m obsessed,” she says. “Oh, my God. There literally isn’t another album I can listen to on repeat and love every single song and every second of every song.”

She acknowledges that a record like that is tough to top. “I was worried,” she concedes. “He can’t do better than Channel Orange, right? How can he possibly do it?”

”But maybe he has,” she decides. “The visual album, and now this crazy magazine that he’s the editor-in-chief of? I’m really proud of him. He makes me wait years, but it’s more than worth it.”