Village Of The Darned! - Rolling Stone
×
×

As 2013 unfolds, the question arises: Will it be a good year for music?

On one hand, between a new release by former teen star Justin Timberlake—curiously timed to coincide with the rebirth of ancient MySpace, the site in which he’s invested a considerable sum—and the start of a new season of American Idol, featuring Nicki Minaj, Mariah Carey and other, less-celebrated humans—the smart money might be on not hardly.

On the other hand, the now profound difference between professional celebrities and actual music makers has never been more pronounced—and, however obscure, there’s more good music being made today than ever before. I listen to it daily, driving to work in my car.

That said, have you had a Caprese salad lately? With layers of tomato, fresh mozzarella cheese, olive oil and basil, it is—when prepared properly—an absolutely perfect foodstuff! And I don’t think anyone would quibble with that assessment!

So anyway, yeah, it probably will be a great year for music! And if it isn’t, so what? There’s probably a great restaurant in your area! Go there! 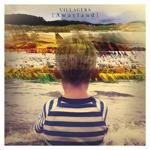 Villagers: Awayland (Domino U.K. import) Though this won’t be out for a while in the States, I’ve spent the past day listening intently to the second album by Villagers—the name taken by Irish singer-songwriter Conor J. O’Brien—and I’m blown away by the quality of the songwriting, the adventurous arrangements, and the overall feel that the young man puts into ever note he plays and every song he sings. Prior album Becoming A Jackal was one of 2010’s finest, and this latest establishes him as one of the most interesting, evocative and literate performers working today. It’s a captivating work that gets better with ever listen. Highly recommended. 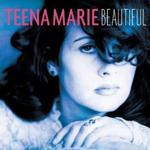 Teena Marie: Beautiful (Universal) Celebrated but truly not as revered as she might have been in her lifetime, Teena Marie—who rose to fame in the ‘80s via Motown records and died at the age of 54 two years ago—left behind her a distinguished and compelling body of work, and this posthumous effort, finished by her daughter Alia Rose, is a wonderful capper to her legacy. A marvelously soulful singer gifted with a keen melodic sense, the singer managed to carve out a singular position in pop perched midway between R&B and pop, and her commercial sense—despite her mid-level chart showings—was consistently unerring. Recorded in the singer’s home studio shortly before she died, and finished up by her daughter, who appears on two tracks, Beautiful is not the exploitative venture it could have been, and instead is a solid, emotion-packed send-off to one of pop music’s best, oddly underrated performers. 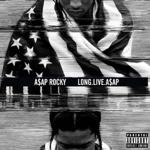 A$AP Rocky: Long.Live.A$AP (RCA) A rising hip-hop star whose obvious devotion to Sylvester Stallone and pop goddess Ke$ha could not be more apparent, A$AP Rocky is by any standard a giant—especially to insects, small mammals, and any other thing you can think of that would be a lot smaller than him! Like most of us, I first got into him with his smash “F**kin’ Problems”–which features Drake, 2 Chainz and Kendrick Lamar and harrowingly details the dilemma he faced via a test question regarding two trains leaving different cities heading toward each other at different speeds! Who the heck wants to even deal with that s**t? With a host of superstar guests including Schoolboy Q, Santigold, Skrillex, Yelawolf, Action Bronson, Big K.R.I.T., the participation of two artists many regard as the finest-named ever—Birdy Nam Nam and Clams Casino—a superb cover picture featuring a cameo by the American flag, and two soothing love ballads in “Hell” and “Pain,” this album may well have the best punctuated title of the year! Eventually it ends! 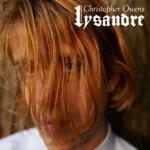 Christopher Owens: Lysandre (Fat Possum) A smart, well-played and well-sung solo effort by Owens, former frontman of the highly regarded Girls—that half of the human species that is not male, to be precise, which is actually a pretty large subset, mathematically speaking, so being the frontman of it is no small feat—this album rocks like a mutha! Well, not really, but it’s always fun to write that! I think it’s quite good, though, detailing as it does the singer’s quest to travel the world and eventually find a woman who’ll cut his hair in time for his album cover shoot! He fails miserably, of course, but the day after the session, he meets this chick named Lysandre, they go out for coffee, discuss the role hallucinogenics played in ‘60s culture, then get into an argument about what font he should use for the album’s title! It’s sort of a rerun of what happened with Frankie Valli & the Four Seasons, but without all those high voices and that Grease thing! Word is they stock this next to Drano in Canada! 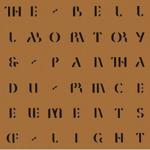 Pantha du Prince & The Bell Laboratory: Elements Of Light (Rough Trade) Sleek, sophisticated, complex and meticulously arranged, Elements of Light is the latest set by Berlin-based producer Hendrik Weber, and it’s even more polished than his earlier work, 2010’s much-loved Black Noise. Searing, mind-numbing, minimalistic, seductive and—according to his bio—“driven by a swelling and detumescing bass drum,” it’s exactly what you’d want to be listening to when driving through Beverly Hills with your windows down and some French models are strolling down the sidewalk wearing sunglasses! I mean, like, hypothetically! 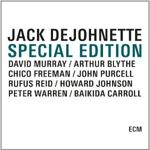 Jack DeJohnette: Special Edition (ECM) As one of the benefits of everything ever recorded suddenly being available commercially, some of the best-ever album packages are being put together at very reasonable prices. The latest may be this superb 4-CD set by jazz drummer Jack DeJohnette, which features four sessions with his wonderful Special Edition band—Special Edition, Tin Can Alley, Inflation Blues and Album Album, all released between 1979-1984, and all featuring an acclaimed cast of players including saxophonists David Murray, Arthur Blythe, and Chico Freeman among others. Together the discs form a dynamic and unified package–and, going for roughly $30 at retail, represent an outstanding value worth seeking out. 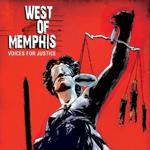 Various Artists: West Of Memphis: Voices For Justice (Sony Legacy) A unique collection inspired by West Of Memphis–the acclaimed documentary spotlighting the politically-charged case of the West Memphis Three–this set features a number of worthy performances by artists including Henry Rollins, Natalie Maines, Bob Dylan, Patti Smith, Eddie Vedder, Band Of Horses, Marilyn Manson and Nick Cave & Warren Ellis, among others, and carries with it the emotionalism the subject matter naturally provides. A fine collection—and a reminder that today’s best artists can still make political statements whenever they choose…and often do. Good for them. 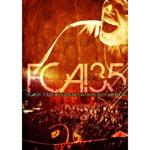 Peter Frampton: FCA! 35 Tour- An Evening With Peter Frampton DVD (Eagle Rock) Just watched this live DVD set, released in November, and was again thoroughly impressed by guitarist Frampton—who here is caught touring to celebrate the 35th anniversary of his huge-selling Frampton Comes Alive album, and can be seen performing it in its entirety and much, much more. Generously offering up over 3 hours of content, the 2-disc set features the guitarist live at New York’s Beacon Theater and Milwaukee’s Pabst Theater and includes an additional 20-minute documentary well worth watching. Always a skilled musician, Frampton has not faded in the slightest, and here comes across as a passionate player with a fine sense of humor and an admirable grasp of the randomness of showbiz super-celebrity and all it entails. An excellent profile; how about another detailing his prior days in the Herd and Humble Pie? 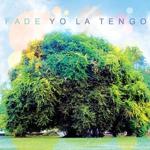 Yo La Tengo: Fade (Matador) Renowned for being “the quintessential critics’ band” according to an authoritative Wikipedia entry, and having a guitarist who in his former life once offered me the single best excuse ever for not turning his copy in on time, Yo La Tengo keep making records which are actually pretty good, if you like that sort of thing. This one is better than usual, so maybe you should buy it! 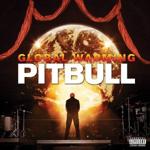 Pitbull: The Life Of The Party: Unauthorized DVD (Meldose Media) Any DVD featuring this much-loved performer wearing a lampshade on his head, guzzling goldfish and playing Pin The Tail On The Donkey in a Miami nursing home would be an absolute gas, right? This doesn’t, though, and therefore is no good! Maybe next time!