Unrest For the Wicked! - Rolling Stone
×
×

Anyone who declares that the past week wasn’t an eventful one for pop music doesn’t realize that:

4) Charismatic pop singer Carly Rae Jepsen may not be the world’s greatest pitcher!

6) Kanye will probably put out another new album sooner or later! 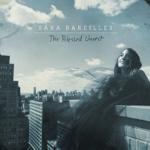 Sara Bareilles: The Blessed Unrest (Epic) There’s something to be said for that memorable wave of thinking, feeling female singer-songwriters that arose in the late ‘90s and early 2000’s! And it should have more to do with than their hairstyles! Sara Bareilles was one of the good ones: She had a No. 1 song in 2007 with “Love Song”—I’m sure we all remember that!—and I’d be willing to bet there were lots more songs on the albums that would follow! Later she’d be completely absorbed by television—whether dopey TV reality shows like The Sing-Off or contemporary classics like Smallville and…and…well, who was really paying any attention? But the fact is, talented singer/songwriters in the 21st century still get to make whatever records they like, and this new one, surprisingly dedicated to the recorded legacy of relatively uncelebrated Washington D.C. indie band Unrest is something of a stunner! As, for that matter, would be sticking your finger into a light socket while standing in a puddle of water! That her name is an anagram for Erasable Airs, Airbases Real, Salaries Bare and Area Slab Rise is only mildly fascinating! 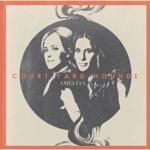 Court Yard Hounds: Amelita (Columbia) I think most of would agree that the Dixie Chicks were one of the better bands of the last 10 years: Great songs, great vocals, great albums, and great political statements certain to arouse concern in certain states that weren’t exactly left-leaning! Solution: Make records without that left-leaning Natalie Maines chick, give yourself a brand new name, continue on in the fine tradition you’ve already established, and then—if your names are Martie Maguire and Emily Robison—call yourselves the Court Yard Hounds, perhaps spitefully because, I mean, isn’t “courtyard” a real word, so why that space thing?—and then continue making great music! And so they have! If you liked the Dixie Chicks, if you liked the last Court Yard Hounds album, and if you liked skilled singing, playing and musical arrangements, you could do much worse than buying this! Like, imagine if someone punched you in the face really hard! Are you kidding? This wins! 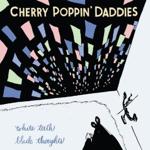 Cherry Poppin’ Daddies: White Teeth, Black Thoughts (Space Age Bachelor Pad) Between you and me, I think most of us fantasize about hopping on a cross-country flight, ideally in first class, and sitting next to a kindly old woman who, mildly curious and naturally cheerful, might introduce herself, explain she’s planning to visit her granddaughter, and then ask you what it is you do for a living! Right around then is when you’d say, “I’m a member of a rock ‘n’ roll band!” Most old ladies are hip these days—I think they subscribe to The Week—so she might ask you your band’s name. She’d like to impress her granddaughter! That’s when you tell her your band’s name is “the Cherry Poppin’ Daddies,” and she looks at you, her eyes widening momentarily, and she turns her head and says nothing else for the rest of the flight! Later that night, you’re in a bar in New Jersey, you have too much to drink, and you slip on the bathroom floor and hit your head on the sink! But your new record? It’s great! 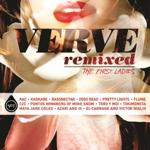 Various Artists: Verve Remixed: The First Ladies (Verve) Here’s the thing I don’t get about records like this: First of all, the original tunes here—by the likes of Ella Fitzgerald, Billie Holiday, Sarah Vaughan, Nina Simone and Astrud Gilberto—are absolutely fabulous the way they were! Second of all, hip mixmeisters like Kaskade, Bassnectar, Flume and Toro Y Moi—good as they may be—are maybe better off being heard messing around with songs that aren’t acknowledged classics! Third of all, if the only way I’m going to get into Nina Simone’s “Don’t Let Me Be Misunderstood” is by hearing it vac-u-formed via “Zed’s Dead Remix,” maybe I shouldn’t really bother hearing it in the first place! Fourth of all, you don’t have to pay street drugs and they’ll provide exactly the same remix effect without all those bothersome DJ egos! Fifth of all, where the hell is Laura Bush? 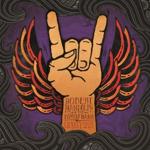 Robert Randolph & The Family Band: Lickety Split (Blue Note) An absolute joy, the latest set by pedal steel guitarist Robert Randolph offers up that peculiar, genre-less energy rush that combines rock, R&B and all areas in between that—like the best pop music—is all the more enjoyable for its lack of stylistic constrictions. With guests like Carlos Santana and Trombone Shorty on hand, the album, Randolph’s first for Blue Note, is engineered by the distinguished Eddie Kramer and boasts all the hallmarks of the sort of classic, high-energy rock romp that most artists seriously stopped making maybe 20 years ago. Mature, skilled, adrenalin-infused, and great fun throughout, Lickety Split is a fine showing for Randolph—and likely to appeal to more than one generation of music fans. Recommended. 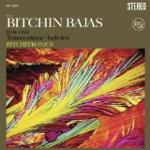 Bitchin Bajas: Bichitronics (1-2-3-4-Go!) Between the stuff that’s coming from Sacred Bones Records, which has borrowed the aesthetic design of CBS Records’ ‘60s budget classical line Odyssey Records, and this album, a dead ringer for RCA’s Red Seal imprint of the same era, I have seen the future of rock ‘n’ roll and it’s 40 years old! And though this quite groovy set indeed evokes the ‘70s sound of the Fripp and Eno collaborations—take a sustained guitar and cycle it through Terry Riley/Steve Reich permutations—it’s not entirely backward looking: Nice drones, effortless atmospherics, and a respect for musicianship and subtlety that’s worthy of admiration permeates throughout. A recommended taster for a type of music that’s never really gone out of style. Good stuff. 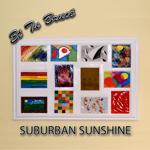 Et Tu Bruce: Suburban Sunshine (SonaBLAST! Records) A brief word for an interesting Brit group that may be unfamiliar: Those of us who saw the Zombies trekking across the States earlier this year likely saw this band in the line-up, a youngish group perhaps first of interest purely for genetics—singer/guitarist Jamie White is the son of the Zombies’ distinguished former bassist/writer Chris White—but, as this album reveals, equally of interest for their own musical spin. Contemporary sounding, but with the same ear for hooks that made their forefathers so essential, the band is young, still growing, and probably worth watching as their career develops. Find out more here. 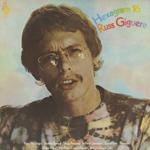 Russ Giguere: Hexagram 16 (Real Gone Music) Again in the realms of who’d’ve thunk it comes this delightful reissue of the 1971 solo album by the Association’s Russ Gigeure. Rather than ask the obvious question—like, was there really that much of a demand for this? It barely sold a copy!—let’s instead 1) Express our thanks that labels like Real Gone are actually doing this and 2) Listen to this thing in purely 2013 terms. So what do we have? A fine set, typical of its era in its abundance of stellar musicians (Bernie Leadon, Spooner Oldham, Chris Ethridge, Jerry Yester, Judy Henske, many more) and interesting covers (songs by Judee Sill, Randy Newman, co-producer John Boylan’s Appletree Theater), its seeming disregard for pop trends of the era, and its natural stimulation of a dialog on the overall worth of the Association, always a great discussion to have in 2013. Please do not stop releasing records like this, Real Gone Music. 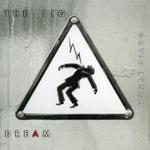 David Lynch: The Big Dream (Sacred Bones) The follow-up to his 2011 album Crazy Clown Time, David Lynch’s new set does not precisely evoke his cinematic work—in the same manner that, say, Ned Kelly did not sound like the Rolling Stones—but that doesn’t mean fans of his films won’t like what’s going on here. Lynch penned most of the material—there’s a cover of Dylan’s “Hollis Brown,” which by no means sticks out like a sore thumb—and has described the music as being “modern blues,” which, all things considered, is quite a good call. Oddly, were he not so famous for being David Lynch, he might attract an entirely new audience with this stuff. Interesting, non-normal music that will likely disappoint absolutely no one…and surprise many. 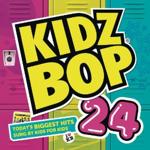 Kidz Bop: Kidz Bop 24 (Kidz Bop) Like their earlier classics 8, 16,18, 20, and 22, Kidz Bop’s latest effort–a surefire bestseller—also boasts an even number in its title! And while opening track “Thrift Shop” is predictably superior to Macklemore and Ryan Lewis’s barebones original, it’s their version of Alicia Keys’ “Girl On Fire” that completely rules. Why? Let’s just say most kids aren’t into metaphors!