Three notebooks owned by Tupac Shakur, each containing handwritten lyrics, music video ideas and other notes by the rapper, are set to hit the auction block. Moments in Time, the same memorabilia seller that auctioned off Shakur’s five-page prison letter to a former Death Row employee, will once again handle the sale of the Shakur items. The notebooks also come with compact discs reportedly featuring unreleased music.

According to TMZ, the latest batch of unearthed Shakur items were discovered after the person who found the items responded to a Craigslist ad from a seller offering up baseball cards. The seller claimed his father was employed by Shakur, which is how the notebooks and CDs came into his possession. 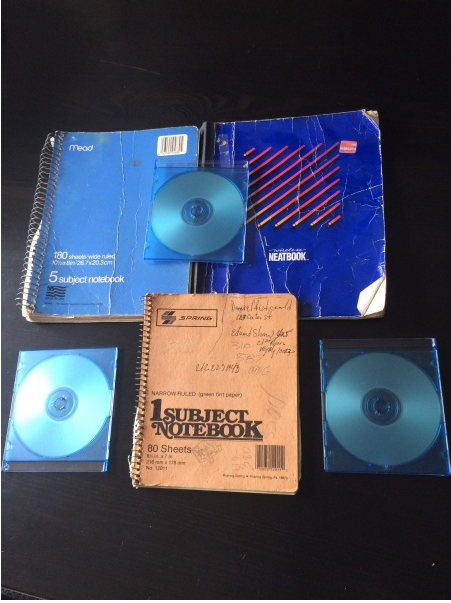 Shakur’s handwritten lyrics to “Point the Finga,” “16 on Death Row,” “It Ain’t Easy,” “Keep Ya Head Up,” “Street Fame,” “Thugs Get Lonely Too,” “Only Fear of Death,” “Who Do You Love?” and “Break ‘Em Off Somethin'” are all included in the notebooks. While Moments in Time haven’t put a price on the item, TMZ writes that the memorabilia house could sell the pages separately, with Shakur’s two-page treatment for the “Point the Finga” video priced at $35,000. (Shakur’s letter from prison, which was valued at $225,000, is still available for purchase on the Moments in Time site.)

The notebooks and CDs join the stream of unique Shakur items to hit the auction block in recent years: In June 2015, a photo of Shakur riding a roller coaster at Six Flags Magic Mountain in 1992 that was also autographed by the rapper sold to the highest bidder.