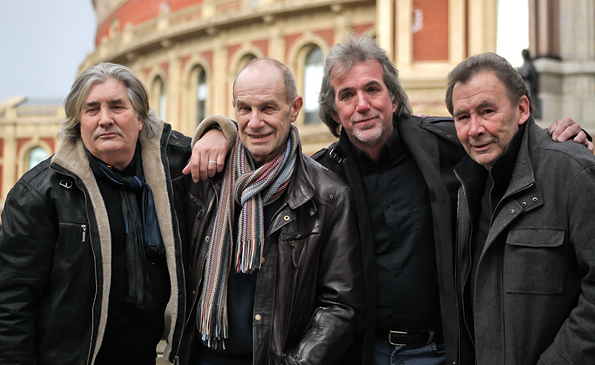 Reg Presley, frontman for the British Invasion band the Troggs, has announced that he will retire from show business after being diagnosed with lung cancer. According to a message to fans on the band's official site, the 70-year-old rocker was diagnosed after feeling ill at a concert in Germany in December.

"I am receiving chemotherapy treatment and at the moment not feeling too bad," Presley said in a statement. "However I've had to call time on the Troggs and retire. I would like to take this opportunity to thank you all for the cards and calls and for your love, loyalty and support over the years."

Photos: Random Notes
The Troggs were best known for their cover of the Wild Ones tune "Wild Thing" and their original, "Love Is All Around," which was later covered by R.E.M. and the British boy band Wet Wet Wet.