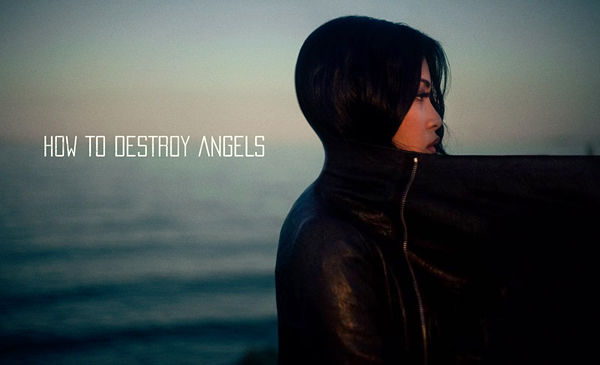 How to Destroy Angels – the new rock project from Trent Reznor, his wife Mariqueen Maandig and The Girl With the Dragon Tattoo co-composer Atticus Ross – is almost ready for their grand debut. “[We are] finishing our full-length record, which has fully matured our sound into something that is very unique,” Reznor tells Rolling Stone. “I can’t wait for that record to come out, actually probably [in the] first quarter of next year.”

The new album, which follows a previously released EP, subtly shifts the band’s sound into richer territory. “When we did the first EP, it was the result of six weeks in the studio, just kind of seeing what happened,” Reznor explains. “We didn’t have a lot of time to explore that much and figure out what our sound is. It felt very close to other projects I’ve been involved in or direct influences, let’s say. [This] sounds like How to Destroy Angels now, instead of sounding like other stuff, so I’m proud of that and I’m excited to unleash it into the wild here.”

For the forthcoming, still-untitled record, the trio had to juggle two members’ other high-profile project: during recording, Reznor and Ross were in the process of creating their score for the upcoming film The Girl With the Dragon Tattoo, the follow-up to their Academy Award-winning music for The Social Network. “We’d do three weeks of The Girl With the Dragon Tattoo and need a break from the heaviness and ugliness of that and switch over to How to Destroy Angels,” says Reznor. “That became much more rhythmic and not any happier, but it really started to take on its own identity. We were influenced by early Cabaret Voltaire – it’s very deconstructed rhythmically and more textural. Mariqueen found her place; we used her in a quite interesting way, I think.”

Turns out, Reznor and Maandig will be much busier soon; as he reveals to Rolling Stone, the couple is expecting their second child. “At the moment, I’ve got a baby due in a couple of weeks and that’s my main priority, to have that show come off without a hitch,” he says. After that, he suggests, How to Destroy Angels may attempt a tour. “We’ve been discussing the idea of playing some live shows. I can’t tell you that I’m dying to go on a year-long tour right now, but I am feeling the itch of performing live in some capacity.”

Regardless of How to Destroy Angels’ next step, Reznor is pleased with the band’s experimentation. “Really, why I stopped Nine Inch Nails as a live entity was because it started to feel like I’ve done it, I’ve done it, and I’ve done it again. [I] started to feel like I needed reinvention and I needed to force myself into that,” he explains. “How to Destroy Angels has been an interesting creative outlet. I think when people hear what we’ve been up to, it will be very validating on my part.”

The fact that the band is unproven to audiences only adds to the allure. As he enthuses, “It’s scary and the possibility of failure exists, so that’s exciting to me.”