Trent Reznor and Atticus Ross have detailed their score for the upcoming Ken Burns documentary The Vietnam War.

The score, featuring 17 tracks spread across two discs or three LPs, will be released on September 15th, two days before the 10-part series debuts on PBS. The Oscar-winning duo recorded 90 minutes worth of new music for the documentary.

“The sheer scale of the project combined with the magnitude of the subject matter was initially daunting for us, but the commitment, care and reverence they displayed made the experience deeply satisfying on many levels,” Reznor and Ross previously said in a statement.

In addition to the original score, Burns and his co-director Lynn Novick curated two discs worth of music from the Vietnam War era on an accompanying two-disc collection titled The Vietnam War: The Soundtrack. The compilation features music by Bob Dylan, Jimi Hendrix, Otis Redding, Marvin Gaye, Cream and dozens more.

“The Vietnam War era produced some of the greatest, most impactful music ever recorded. We are grateful that so many artists from the period wanted to be part of the film and now the soundtrack,” Burns and co-director Lynn Novick said in a statement on the Nine Inch Nails site (via Stereogum).

“We were equally fortunate to have had the tremendous honor to work with Trent and Atticus. Their original score beautifully complements the music from the time. And we are absolutely thrilled that our audiences will now have the chance to own the original score along with some of the best music from the film.” 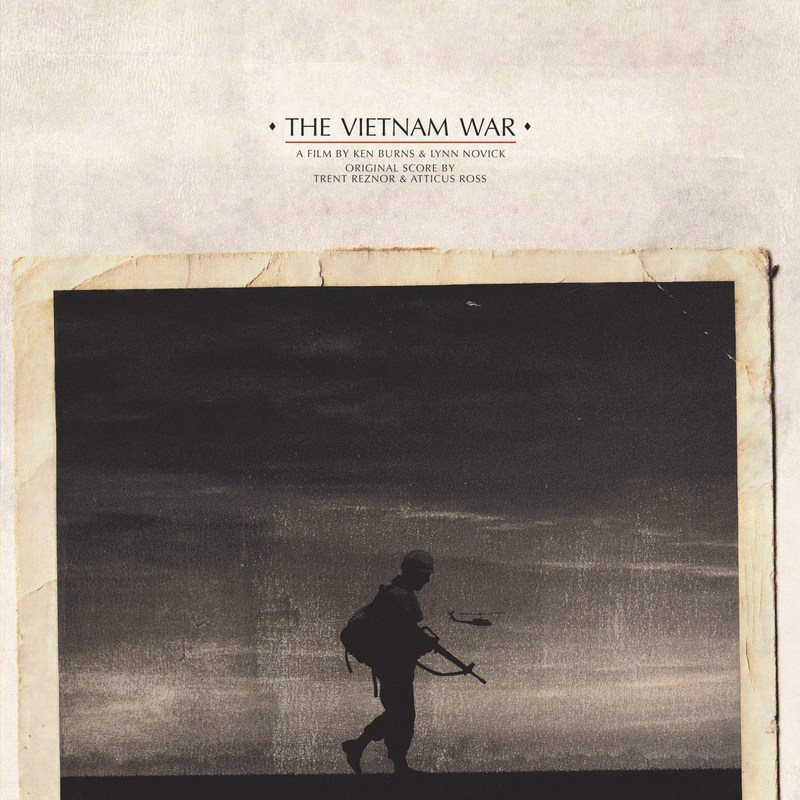