What’s an album release these days without a few twists and turns? Rapper/producer Travis Scott missed a couple of possible drop dates for his latest, Birds In the Trap Sing McKnight, but these days, that’s practically a prerequisite. The record arrived today via Apple Music, and Scott suggests that his new work is ruthlessly gratifying.

“I cut straight to the meat,” he tells Rolling Stone. “I didn’t leave any room for, ‘Somebody might fuck with this part.’ I wanted to make parts of the album that everybody would enjoy.”

Scott’s Top Ten debut Rodeo and his reputation as a live act earned him support gigs on arena tours with the Weeknd and Rihanna, which directly impacted the making of Birds.

“An arena is so huge,” he points out. “I was like, ‘Man, how will I conquer this?’ I noticed some songs worked, some songs didn’t. … That’s super ill [for] going into the studio and making beats. [Learning which beats from Rodeo] didn’t work in an arena.”

As a result, Scott found himself riding “a wave of making good songs.” One of these was “Wonderful,” which has accumulated nearly 85 million plays on SoundCloud. Another was “Pick Up the Phone,” a shrewd mix of humid, steel-drum lilt and bottom-heavy hip-hop that jumped to Number 82 on the Hot 100 this week. Those tracks include guest spots from the Weeknd on the former, and Young Thug and Quavo on the latter. 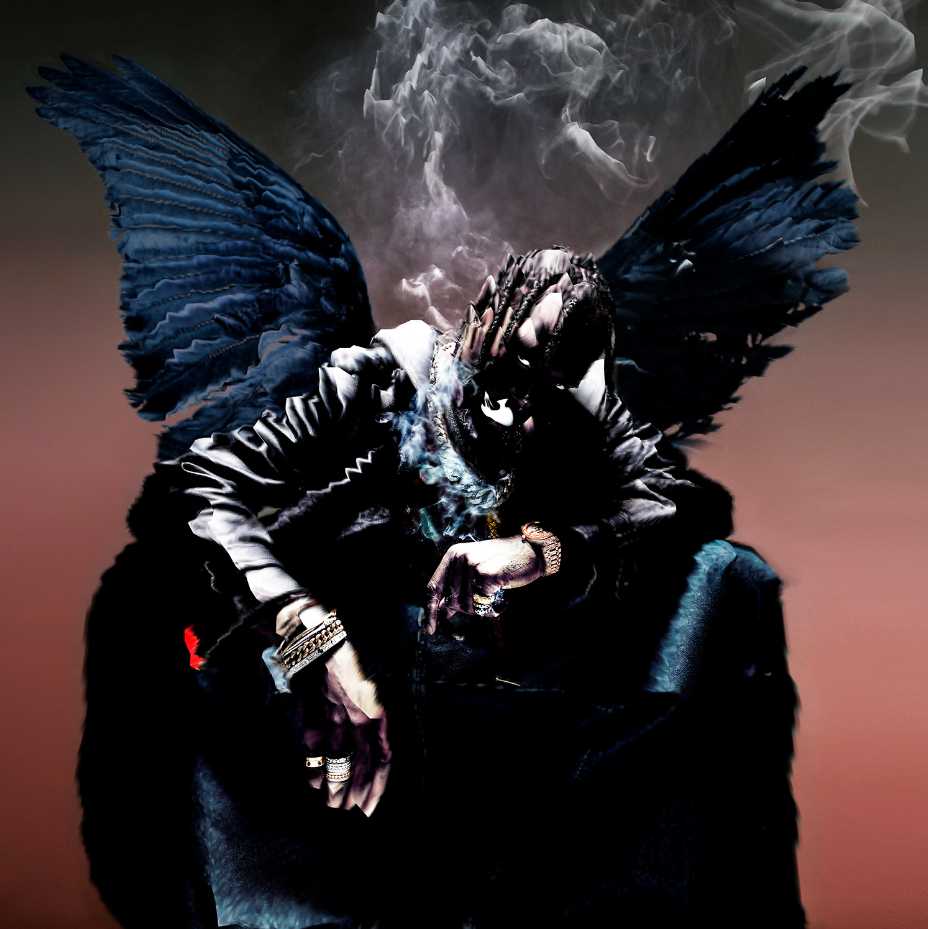 “When you hear the people on this album, the legends on this shit? People just came to my world and played with me on the playground,” Scott says about Birds, which also features Kendrick Lamar, Bryson Tiller, Swizz Beatz, 21 Savage, Cassie and an Andre 3000 verse he describes as “the craziest shit I’ve heard in my fucking life.”

Scott singles out one collaborator in particular. “In my whole career, all I wanted was acceptance from Kid Cudi,” Scott says. “I don’t care about nothing else! This dude saved my life. He kept me from doing a lot of fucked up shit to myself, kept me on the right path. That’s why I make music, that’s why I go hard for the fans, that’s why I tell security to move out the way — ’cause this dude gave me the passion, the information, the insight on how to grow up and be who you want to be.”

The title of Scott’s new album — a reference to the singer Brian McKnight coined by Quavo — points to another artistic aspiration. “I’m that person that I still feel confined, even though this year I’ve been on Number One albums,” Scott says. “I’ve been on two arena tours; I’m still confined to this fucking box. Kanye is the leading eagle, he’s like the president who stands up for kids like us who have ideas. There’s a lot of us out here that are birds, man. We all need to just fly.”