At 72, Tom Jones still sounds like Tom Jones – big as a sequoia, impossibly deep, occasionally full of ham. With a good four-piece band behind him, he was a startlingly vital presence on Saturday night during a 96-minute performance at the Bowery Ballroom – his first-ever appearance at the beloved New York venue. Not everything he did worked, but most of the time it did, thanks both to his born-entertainer’s instincts and a roots-friendly rethinking of his usual style.

Jones’s voice is so gigantic that it can seem like a put-on, and he’s always known it; part of his charm is the way he’ll play it up, often with a hoarse cackle at the end of a line, or between songs. But this is a good time for adult-leaning vocal interpreters from the rock generation, especially with atmospheric backing – see Robert Plant and Alison Krauss’s Raising Sand, for starters. Jones’s new Spirit in the Room (Rounder), produced by Ethan Johns, isn’t the first time Jones has put together something of this nature – Johns also produced 2010’s gospel-leaning Praise & Blame – but it’s clearly a departure from his Vegas-identified norm. 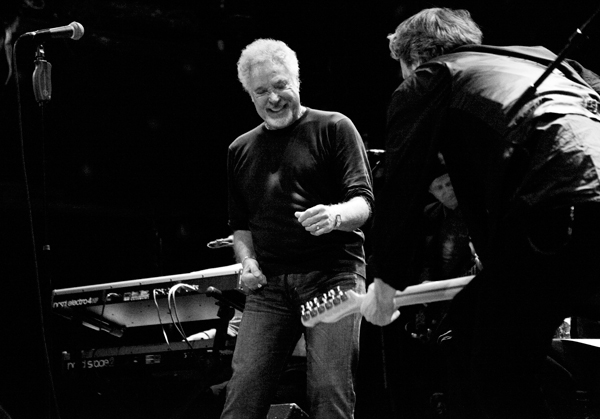 It’s not quite a rebirth, though: Jones is a longstanding and devout fan of blues, rock, soul and country, something that has shone through even his most showbizzy stuff. “Green, Green Grass of Home,” which Jones recorded in 1966, came out during the encore in honor of his friend Jerry Lee Lewis; Jones explained that he’d once asked Lewis why he didn’t write more songs, prompting the reply, “That’s what killed Hank Williams, Tom.” For good measure, he finished the night completely with “At the End of the Road,” a tune actually written by Lewis.

A few things fell flat – notably, a tribute to the recently deceased George Jones, “He Stopped Loving Her Today” (interestingly, the best part was the final verse – spoken in the original, which Jones sang, sounding comfortable for the only time in the song). His version of Tom Waits’ “Bad as Me” was mannered; the Joe Henry-penned “All Blues Hail Mary” is mannered before anybody sings it. 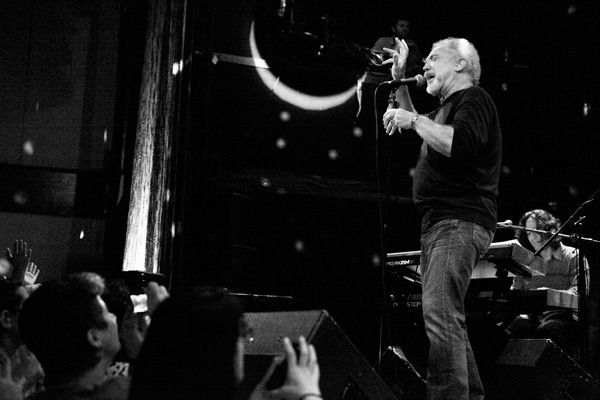 But the heart of the show was a number of blues songs with mortality close to the surface. Blind Willie Johnson’s “Soul of a Man,” mid-set, was pure swamp, making full use of Jones’ very thick timbre; he followed it with John Lee Hooker’s “Burning Hell” (from Praise & Blame), sounding less like Tom Jones in a devil costume than a guy who’d thought about some things. The same applied to “Run On,” which Johnny Cash recorded as “God’s Gonna Cut You Down.”

One thing Jones hasn’t left behind is his affable between-song banter. At one point, he joked that he was drinking “water – Grey Goose water.” He recalled first coming to New York “48 years ago. I thought, ‘How can that be? I’m only 35!'” And between “Soul of a Man” and “Burning Hell,” Jones was beginning to sweat. As he doffed his jacket, he threw out a quick chorus of Nelly’s “Hot in Herre.” He should do the whole thing, for real – with some swampy backing.