Tina Fey and the Cult of Liz Lemon - Rolling Stone
×
× 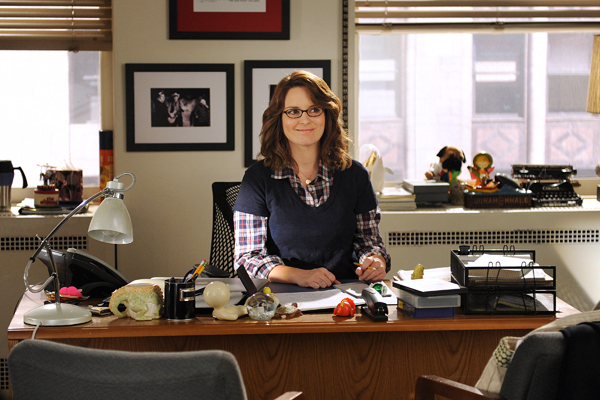 As 30 Rock gets off to a rip-roaring start this season, the question looms larger than ever: Is Tina Fey’s Liz Lemon the most bizarrely nonimitated sitcom character of our time? It’s a mystery that gets stranger as Fey keeps blowing up as a cultural icon. Given how she’s turned into such a fiercely revered, identified-with, hero-worshipped presence, you’d think somebody would at least try to duplicate the formula. At this point, she’s practically Oprah with librarian glasses.

But where are all the faux Liz Lemons? (Besides real life, where they’re pretty much freaking everywhere.) If you look at this season’s much-ballyhooed glut of single-gal sitcoms – 2 Broke Girls; Whitney; Are You There, Chelsea? – they’re taking place in a world where Tina Fey doesn’t exist and 30 Rock isn’t on the air.

Liz Lemon has always been compared to Mary Richards of The Mary Tyler Moore Show, another brainy, clumsy, proudly independent woman trying to prove she’s gonna make it after all. She gave her fans the same mix of intense devotion and identification, and the networks took notice. So every time Mary threw her hat up into the air, it landed on a Mary Tyler Moore knockoff: Rhoda, Phyllis, Karen, Sara and more. Yet Liz Lemon, like Fey herself, remains a fluke of the universe. Jack Donaghy (Alec Baldwin) once described her as “the Picasso of loneliness.”

Part of it is that Liz Lemon is just a cipher for the character “Tina Fey,” played by Tina Fey on Saturday Night Live since the early 2000s. Fey was a sensation from the moment she hit the Weekend Update desk, playing up her own cerebral, hyperwordy brand of humor, and her megafunctional geek-overdog personality. She was already SNL‘s head writer before she took her spot in front of the camera, and that’s the key to her mystique. Mary Tyler Moore played a hardworking TV-news producer, but nobody expected her to break stories in real life.

Anyone watching 30 Rock always knew Tina Fey was playing a fictionalized version of herself, a workaholic comedy writer who also plays one on TV. She’s the boss; Liz Lemon just works here. The big difference between them is Liz’s disastrous love life, yet even when Liz suffers rejection, we know it’s because Fey planned it that way. The losers she dates are really just fodder for her banter with Jack. So much as we love Liz Lemon, we really just love her for resembling Tina Fey.

She’s gotten even more famous because of her bestselling memoir, Bossypants. It lit a fire under the already raging Tina Fey cult, no doubt in part because it came out when Oprah was going off the air and we needed a new American superhero queen.

Bossypants took the Tina Fey adoration to a new level, and that hovers all over this season of 30 Rock. It’s kind of like when Phil Collins went back to Genesis after turning into a solo superstar. Indeed, devoting the first few episodes this year to Tracy Morgan’s homophobic meltdown was the equivalent of Collins letting Tony Banks take a long keyboard solo. The genius of Bossypants – and the main way it’s different from 30 Rock – is that it’s about being a young woman in the big city, but it’s not about dating. Talk about an underexploited market strategy. That’s an undeniable reason why the book was a success. Fey has a few teen-dating stories, but once she gets out of college, it’s all work, work, Lorne Michaels, work, Alec Baldwin and work. Then we’re on her honeymoon and we meet her in-laws and yada yada back to work. Genius. She is devoid of victim energy – if she doesn’t feel sorry for herself, nobody else should, and that helps make her insanely charismatic. As she writes, “Remember the beginning of the story where I was the underdog? No? Me neither.”

We don’t feel bad for Liz Lemon’s romantic humiliations because we know Liz’s problems are just an excuse for Tina Fey to flex her virtuosity. That’s why her act is impossible to replicate, though people are inevitably going to try as the cultural stakes get too big to ignore. Bossypants is already inspiring successors – Mindy Kaling’s hilarious memoir does for Bossypants what Pascal did for Montaigne, or what Blue Öyster Cult did for Led Zeppelin. So far, Liz Lemon is out there all by herself. But then, Picasso was hard to imitate too.

This story is from the March 1st, 2012 issue of Rolling Stone.