The xx Strip Way Down in L.A. - Rolling Stone
×

On the first date of their current American tour, the xx took their minimalist grooves and found ways to strip them down even further. Performing the single “Basic Space” – a song where the space turns out to be the hollowness inside oneself – guitarist Romy Madley Croft and bassist Oliver Sim sang parts of it a cappella. When Sim resumed playing his instrument, it was nothing as obtrusive as an actual bassline: a few notes here and a few notes there were more than enough, while two lonely voices intertwined around each other.

In an hour and a quarter, the British trio played all of their debut album, The xx, and a half-dozen songs from the forthcoming Coexist (due in September) that sounded every bit as hypnotic. While they used to basically replicate their studio tracks live, they now seemed to have a newfound confidence in their abilities, knowing they can experiment with their songs and that the audience will remain rapt, no matter how much they whittle away their sound to nothing.

Madley Croft, Sim and drummer/keyboardist Jamie Smith performed in front of a giant translucent “X” filled with smoke. All dressed in black and playing black instruments, they often looked as if they were trying to vanish in the backlighting and the clouds of vapor. As a result, small gestures, like Sim saying “Thank you” or Madley Croft finally looking out into the crowd, had an outsized impact. When the group finished “Stars” with a white-noise raveup, finally filling in the empty spaces of their songs, it felt as if pyrotechnics were going off on stage, even though there were just a few lonely pieces of confetti falling from the ceiling. 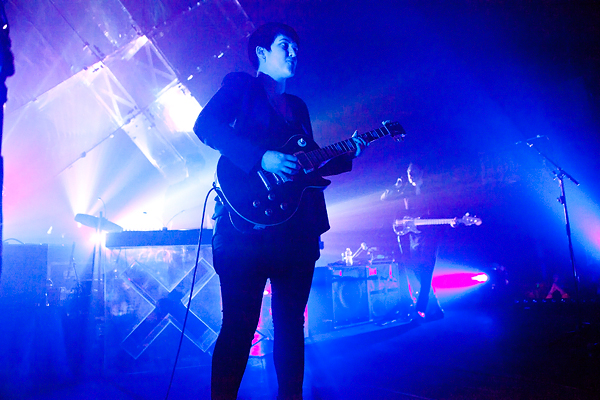 Smith principally played percussion on a keyboard, although he also spent some time on steel drums. On the new “Sunset,” he deployed a booming loop of a club beat, which inspired some members of the audience to transform their swaying into actual dancing. Madley Croft played rippling guitar at a chilled-out tempo, making her sound like the Edge after two bottles of cough syrup.

In performance, the group’s lyrics felt even more slippery than on record – quite a feat, considering that they already sounded like a lover whispering abstractions into your ear. “Tides,” a new song performed during the encore, featured Sim and Madley Croft harmonizing on the words “I wouldn’t just leave us alone,” a line which found the pivot point between sex and abandonment, matching the quietly menacing music with its own powerful ambiguity.

Also excellent were opening act Haim – three long-haired sisters and a boy drummer doing folkie harmonies over R&B rhythms, spiced up with bursts of New Wave keyboards and improbably epic guitar solos. The Haim sisters ended their set with an exhilarating four-way drum jam, and they commanded the stage with the boho confidence of three clones of Jessa from Girls. 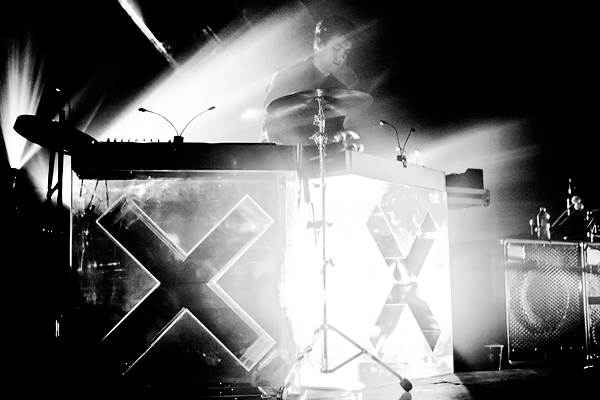