The Weeknd, Janet Jackson and Florence and the Machine will lead the 2018 Outside Lands Festival, which will take place at San Francisco’s Golden Gate Park on August 10th to 12th.

Two weeks before Outside Lands, both the Weeknd and Jackson will serve as headliners at New York’s Panorama, while Jackson and Florence and the Machine are both booked for Los Angeles’ FYF Fest. The Weeknd has also secured headlining slots at Coachella on April 13th and 20th.

Check out the current list of Outside Lands performers below. Tickets are available Thursday at the festival’s site. 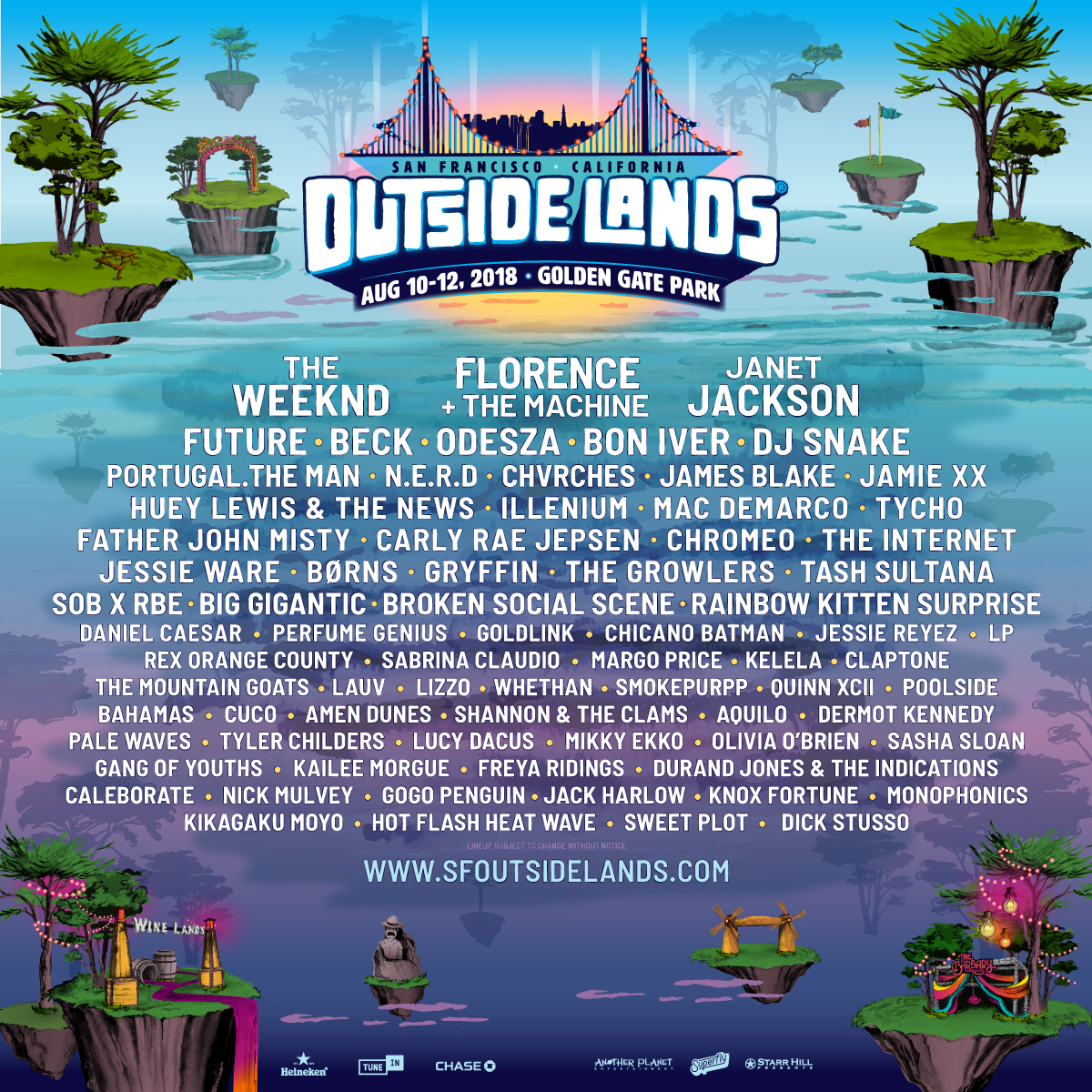