Forty-six years after Rolling Stone first alerted the world to the existence of Bob Dylan’s secret Basement Tapes sessions, the complete recordings are finally getting a commercial release — and we’re commemorating the occasion with a cover story. Rolling Stone contributing editor David Browne traces the entire history of the tapes in our new issue (on stands Friday), from the 1966 motorcycle crash that preceded their creation to the secret recording sessions in the Saugerties, New York home known as Big Pink to the many bootlegs and partial releases that have come out over the years to the massive undertaking it took to prepare all 130 tracks for release on The Basement Tapes Complete box set. 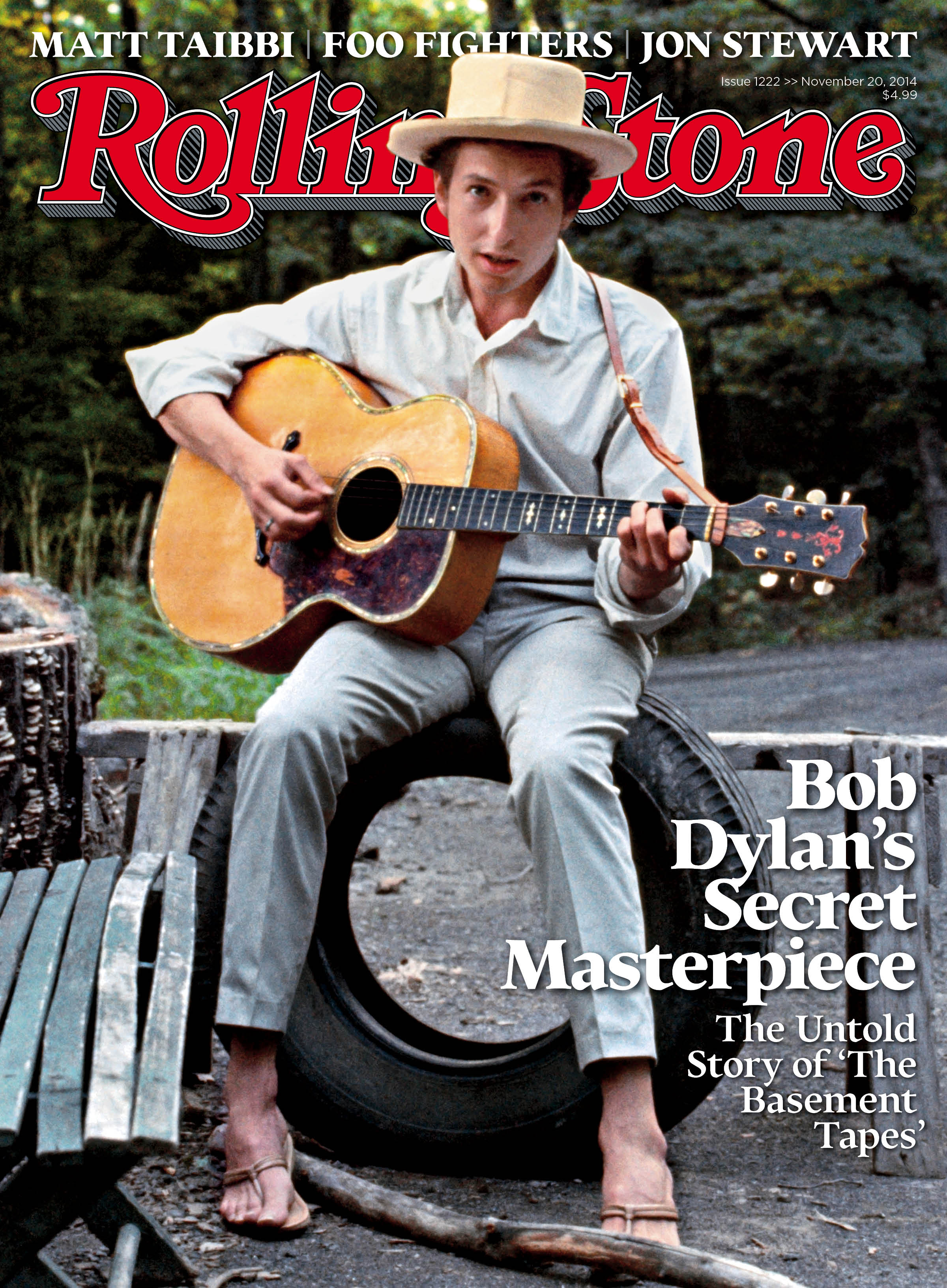 As he retraced the long history of the Basement Tapes, Browne spoke to Roger McGuinn, Happy Traum, Jim James, Sally Grossman (the widow of Dylan’s manager Albert Grossman) and Canadian producer Jan Haust, who played a pivotal role in preserving the tapes and readying their release. Browne also spent the day in Woodstock with Garth Hudson, the organist in the Band who ran the tape recorder during the Basement Tapes sessions.

Hear a Pristine Recording of a Stunning 2002 Bob Dylan Concert

Rolling Stone even went a step further, bringing Hudson back to Big Pink for the first time since he moved out in 1968. As our cameras rolled, he spent hours walking around the grounds of the house, reminiscing and playing Dylan songs on the organ and piano. “It’s way bigger than I thought,” he said after stepping into the basement where the musicians crafted Dylan’s secret masterpiece. “We’d be around, cleaning up or whatever, and Bob would come in. Bob didn’t like to sing the same song over and over.” Watch the mini documentary, The Return to Big Pink, here:

Other key details from the cover story:

Some of the tapes were inadvertently erased.
One of them features the sound of Danko at home. “He used one of them to lay down some song ideas, and he left the tape running while his gal came over to watch TV,” Haust says with a sigh. As far as as what might have been recorded, Haust says, “We’ll never know.”

The brilliance of the music wasn’t immediately clear.
“Frankly, I didn’t get it at the time because it was a bunch of guys messing around,” says Traum. “But then you hear these gems.”

The motorcycle accident inspired Dylan to put down drugs and alcohol.
“I know he decided afterward to completely clean up his life,” Traum says. “He stopped drinking. He even stopped smoking for a while, which I don’t think lasted too long. Sara was cooking great meals, and he was very clear-eyed and very obviously sober.”