The Staggering Artistry Of Fall Out Boy! - Rolling Stone
×
×

I’m embarrassed to admit that—though it was only a meager car ride away—I skipped attending this year’s celebrated Coachella Festival last week! And though it’s happening again next weekend, I’ll probably be skipping that, too!

And it isn’t just because I could stay at home and watch the proceedings on my completely wired home entertainment system and avoid the pesky body odors and bothersome tattoos accompanying the masses of humanity that might theoretically be attending the festival in order to witness the Red Hot Chili Peppers!

Nor is it because I could merely walk into my kitchen and pour myself the finest of today’s bottled liquors at my leisure while sparing myself the troublesome expense of gas money, Coachella tickets and excessive carbohydrates!

Sadly, I must report, I didn’t attend simply because I didn’t have a thing to wear!

Plus, I needed to pick up some creme rinse at Costco!

Fall Out Boy: Save Rock And Roll (Island) I think most of us have been frantically aware that rock ‘n’ roll absolutely needs some saving of late—so leave it to lovable rockers Fall Out Boy to come to its rescue! Back in action and certainly better than ever, Boy—as those long-term fans among us have always called them—have undergone a surprising number of personnel shifts, but as the new album’s title indicates, rock ‘n’ roll has indeed been saved regardless! Now consisting of two Burmese youths, one of whom not only fragrantly smokes but can be seen doing so, proudly, on this album’s striking cover, the guys return with 11 enervating tracks, all of which features drums, guitars, song titles, and vocals that will hit you squarely in the gut! Especially if you’re not wearing a shirt and are standing close to your speakers! Missed? You bet! With hooks galore, charisma in spades, and energy paired with yet another modifier, Fall Out Boy are one album away from becoming the legends they deserve to be! That said, I don’t think Fall Out Man is quite as catchy a name! 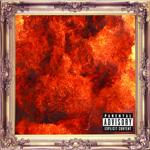 Kid Cudi: Indicud (Universal Republic) “You can call Kid Cudi a lot of things,” proclaims his bio, but perhaps predictably leaves off, “that is, if you’re absolutely certain how to pronounce his name. Like, is it Kid ‘Cuddy’ or Kid ‘Coody’? And what if, in the diverse social circles in which you travel, you’ve literally never heard anyone ever mention his name aloud?” Personally, since I’ve a history as a fisherman, and particularly enjoy the zesty fight provided by a barracuda, I prefer the latter! This great new disc–which pokes fun at the notion of “indicia,” which, as stamp collectors all know, indicates the markings indicating that postage has been fully paid,by linking it with “cud,” again, per Wikipedia, “something held in the mouth and chewed”–is highlighted by its striking, baroque-framed cover, which says Cudi himself, indicates “Art In Motion,” and also what a kitchen sponge looks like really close up after it’s wiped up a spilled Bloody Mary! I like the songs best! 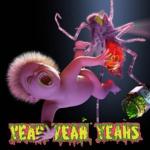 Yeah Yeah Yeahs: Mosquito (Interscope) Critical darlings and the sort of dudes and dudesses who would have no objection whatsoever to slapping a cover on their new album directly inspired by—and some might say “borrowed” from a sneaky iPhone shot—an air-brushed portrait on the side of camper van observed at a rest stop near Butler, Pennsylvania during a cold winter morning—the Yeah Yeah Yeahs are about as positive as any rock band could be! I’m not one for quantifying the vagaries of music, but can I be blunt? They’re at least three times as good as Yes! And nowhere near as formal! So good that their last album It’s Blitz was named best second and third best album of 2009 according to NME—thanks, Amazon!—the band simply can do no wrong, and with Mosquito they return with a vengeance, offering up fab tracks like “Sacrilege,” “Buried Alive,” “Despair,” and a bunch of other ones that would certainly be as equally compelling to those who cared enough to listen! Well-dressed, an apparent smash last week at Coachella, and not above admitting that “Rake On” is a worthy anagram for “Karen O,” the Yeah Yeah Yeahs are probably completely aware that only female mosquitos suck blood, but never thought anyone would be moronic enough to bring it up in a record review! Male mosquitos tend to stay at home and eat Fritos! Great album, guys! 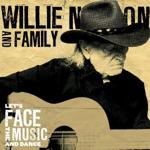 Willie Nelson And Family: Let’s Face The Music And Dance (Legacy) Who in their right mind doesn’t like Willie Nelson? Who can’t help but honor the man during this, the month of his 80th birthday? And who would argue with the fact that stylistically, the older he gets, the better he sounds? This new collection, which features a wealth of classic material—at which Nelson has been excelling for decades now, certainly since 1978’s Stardust—will likely be the first introduction some listeners will have to the classic songs penned by Irving Berlin or the instrumental works of Django Reinhardt, but because of the warmth and consistency that Nelson naturally provides, they sound thoroughly contemporary and, no less importantly, thoroughly Willie. A deserved icon who age has not hampered one iota, Nelson, as 80-year-old men go, is freakishly good, and you’ll very likely love this. 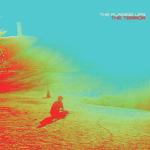 The Flaming Lips: The Terror (Warner Bros.) It is difficult to not fall deeply in love with the Flaming Lips because, as their work of the past 10 years demonstrates, they have it within them to create zestful, achingly melodic, hook-filled music if they so desire but—and God bless ‘em for this—sometimes they don’t desire it at all. As albums go, The Terror is fine indeed. But hook-filled and melodic? Maybe next time! Arty, artful, and the sort of things decent bands create when they realize that contemporary radio play is not only an impossibility but barely worth thinking about—while career development, on the other hand, is—The Terror is an excellent, non-self-conscious step-up for Wayne Coyne & Co. and an album worth many repeated listenings. Still, between you and me, they might not want to investigate router or access point issues! 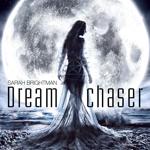 Sarah Brightman: Dreamchaser (Simha) Like most of us, I’ve often longed for a single sentence or phrase that would not only define me, but be the sort of thing I might casually whip out at a bar if someone asked me what I did for a living! When this sort of thing happens to Sarah Brightman, I would imagine she’d simply grin, pull out her iPhone, and show someone her biography, which opens with the statement: “International singing superstar Sarah Brightman is the world’s biggest selling Soprano.” That would shut people up! Sarah’s great new album is a collaboration with producer Mike Hedges, who old hipsters probably know from his days producing the Cure, and features classy works, covers of Elbow and Paul McCartney, and serves not only as the prelude to her upcoming tour, but to her upcoming planned spaceflight mission to the International Space Station as part of a three-person crew traveling aboard a Soyuz rocket! You may think I’m making this up, but I’m not! “She’s fit and mentally prepared for our spaceflight training program,” says the dude who’s Chairman of Space Adventures, Ltd., who, when you think of it, might be equally impressive were he asked to whip out his business card in that same bar! Hey, all this bar talk is making me thirsty! You too?

Various Artists: Way To Blue: The Songs Of Nick Drake (StorySound) Not the first but the best tribute to the works of Brit singer/songwriter Nick Drake, Way To Blue was assembled by perhaps the most fitting person—Drake’s original producer, the remarkable Joe Boyd—and features an eclectic array of performers, including Vashti Bunyan, herself something of a mini-legend, bassist Danny Thompson, who played on many of Drake’s works, Robyn Hitchcock, Scritti Politti’s Green Gartside, and a host of other equally adept types who have channeled the mood and mode of Drake in surprising manner. I would suggest Drake fans—and there are more than ever—go to their favorite record store on this year’s upcoming Record Store Day and pick up both this and the vinyl reissue of Drake’s first American album–which as a best-of combining the cream of Five Leaves Left and Bryter Later, is how most of us elder-types first heard the man. It is remarkable, and Way To Blue does that legacy proud. 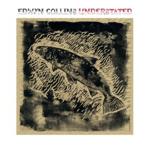 Edwyn Collins: Understated (Hostess Japan import) You may have noticed that between the existence of streaming sites like Spotify and the availability of MP3 downloads from sources like Amazon, it’s becoming increasingly more difficult to ascertain if an album has actually been “released” in physical form these days. Here’s hoping the latest by the great Edwyn Collins actually finds its way into my mitts one of these days—but for now, what I’ve heard from Understated, his latest set, represents his best since he faced some awful health issues in 2005, and absolutely merits your seeking it out. Vocally a step up from his last few efforts, and bearing more than a few songs as upbeat and snazzy as his earliest post-Orange Juice solo works, Understated is a joy through and through—filled with a warmth and wryness that any long-term fan will be thrilled to hear from Collins once more. Highly recommended. 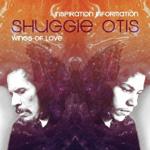 Shuggie Otis: Inspiration Information/Wings Of Love (Epic/Legacy) Depending on how old or hip you are, you might’ve heard guitarist Shuggie Otis through his early work with his dad Johnny, his general introduction to the pop world via his 1970 collaboration with Al Kooper, Kooper Session, his highly regarded later solo albums, or his “re-introduction” to the world via the 2001 Luaka Bop reissue of his 1974 session Inspiration Information. And if you’ve heard of him before, great. That means you’ll especially be interested in this new Legacy set, which with its second disc Wings Of Love offers up 14 tracks that will remind you that when it comes to humans fully capable of mixing up blues, R&B, rock and pop in ways heretofore unheard, Shuggie Otis was—and is—one very amazing artist. A worthy reissue, a great reminder of a very talented player, and one of the very best things you’ll hear this year, Inspiration Information/Wings Of Love will very likely knock you out. 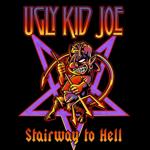 Ugly Kid Joe: Stairway To Hell (MRI) I’m fully in agreement with the Amazon reviewer who’s noted that he would “highly recommend giving this album a listen to”! It’s a bold perspective, but I’m willing to do it! Let me publish this first!