The Mystic Saga Of The Eagles! - Rolling Stone
×

They say that rock ‘n’ roll is a young man’s game, but of course “they” are inadvertently sexist—I’m told that chicks rock as well!—and clearly weren’t living in Los Angeles this week, where two of the hottest concert tickets came via private shows by one Rod Stewart (current age: 68) and the Rolling Stones (average age two years older than that of the US Supreme Court).

Unexpectedly, neither artist covered “Walk, Don’t Run” because they dug the fab irony!

But it drove home the point that with occasional exceptions, the old-school rockers, the ones whose careers were well in bloom ages before MTV came to be, still generate the most personal excitement among their fans. Which couldn’t be better illustrated than this year’s rather dreary Rock ‘N’ Roll Hall Of Fame Awards, largely celebrating a batch of post-MTV artists well past their commercial shelf life—with the notable exception of Rush, never a media favorite, who garnered the most vocal and notable support among observers, perhaps because of their innate sex appeal.

And indeed, that age difference is reflected in this week’s new releases—the most interesting of which are by Iggy & The Stooges and Deep Purple, ancients both, and the most bland and unexciting by a younger generation of mildly interesting, sadly derivative artists who may best serve as punchlines to jokes I’ll probably be making in a matter of moments!

Can you spot the difference? 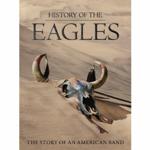 The Eagles: History Of The Eagles (DVD) (Capitol) If you like the Eagles—and apparently lots of people do, or once did—you’ll probably be thrilled by this 3-DVD set, which collects the recently-aired Showtime feature film about the band, throws in a live performance from March 1977, and gloriously tells their tale. That their tale is inadvertently one of a middling band that somehow, magically, connected with the public in an unexpectedly massive fashion, sold oodles of records, and had their fair share of ego & legal problems is fascinating, if only on sociological levels, the band’s core—their best-selling catalog of mildly interesting, country-tinged rock—is really nothing special, and time hasn’t helped them make their case. On a purely musical level, their contemporaries or predecessors—Buffalo Springfield, say, or Poco—did a better job of marrying pop to country, and in terms of pure rock ‘n’ roll, they historically lacked a charismatic frontman since their earliest hit “Take It Easy.” No, aside from being enormously popular, their major contribution to music in retrospect has been the alarming degree of influence they had on “real” country music since the early ‘90s—that is, from Garth Brooks onward, through today’s Brad Paisley and Kenny Chesney, you can bet that today’s biggest country stars first heard “Best Of My Love” before they’d even had a notion of who Hank Williams was. And while this is a thoroughly enjoyable collection of film and music, History Of The Eagles is more interesting for the story it tells—about the artists and about our culture–than for the music it proudly features. And I’m not sure it has a happy ending. 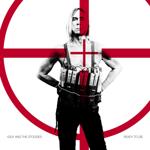 Iggy & The Stooges: Ready To Die (Fat Possum) Anyone who’s old enough to have purchased 1973’s Raw Power after hearing the first two Stooges albums will recall the jarring disconnect it offered: Whereas the earlier albums offered throbbing, deliciously dopey “psychedelic” guitar leads by original Stooges guitarist Ron Asheton, Raw Power prominently featured loud and aggressive fretwork by James Williamson, who technically was a significant step up from Asheton, and who colored the Iggy soundscape in an unexpectedly joyous and excessive manner. Well, here it is again. In the absence of the sadly departed Asheton, Williamson returns, still in full command of his instrument, and while the social context has so drastically changed after all these years—nothing could sound as jarring as Raw Power today—Ready To Die sounds less like The Iggy Pop Show than any album the singer’s released in years, certainly more so than 2007’s The Weirdness, and pretty much like a band album, which is no small thing. He—and they–could do much, much worse. 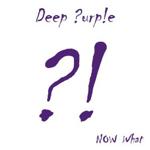 Deep Purple: Now What?! (Eagle Rock) In terms of great expectations, a new album from Deep Purple in 2013 does not exactly rank high: This is, after all, a band that had its first hit in 1967 with “Hush,” and that was 46 years ago. And its highly regarded keyboardist founder and mainstay Jon Lord left in 2002 and died less than a year ago. That said, with its current line-up of early members Roger Glover and Ian Paice, celebrated Purple Mk. II vocalist Ian “Smoke On The Water” Gillan, guitarist Steve Morse (a member since 1994) and Lord’s highly-skilled replacement Don Airey on hand, Now What?! is shockingly good. Collaborating with famed producer Bob Ezrin, the band has managed to echo the very best work of the band’s ‘70s prime while never once sounding particularly dated: The music here is sophisticated, well-played hard rock that is boosted by interesting songwriting and unexpectedly colorful singing by Gillan. Airey’s favoring of the organ evokes Lord’s own style without being especially derivative—and that would have been so easy—and the end result, for which Ezrin certainly deserves credit, may be the most interesting Deep Purple album since 1974’s Burn. Strangely delightful, especially when played loudly. 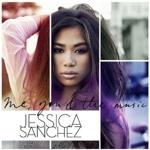 Jessica Sanchez: Me, You & The Music (19 Records) Only last week a much-respected co-worker told me she may have been the only human being on earth who was excited about being able to hear the new albums by Iggy Pop and Jessica Sanchez on the same day! Since I rarely watch American Idol—though I hear it from the next cube regularly—I had no idea who Jessica Sanchez was. She apparently came close to winning recently and, er, was apparently quite popular in that world, and is just what you might expect: An excellent singer who claims Mariah Carey as a major influence and, therefore, is almost studiously boring, not at all innovative, and a woman prone to aping the vocal gestures and tics of the very famous at the expense of establishing any sort of identity of her own. If it were the early ‘80s, record execs like Clive Davis would nab this woman and make her a “superstar” the likes of Melissa Manchester, but 30 years have passed, and these Idol people rarely last for more than an album or two. This stuff is freakishly dull. 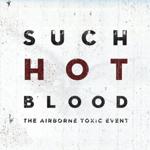 The Airborne Toxic Event: Such Hot Blood (Island) While there is every reason in the world to be enthused about young and talented bands such as this, speaking personally, something always gets in the way. While I was gearing up to write a few enthused sentences about this, their third album, and restraining myself from the inevitable Foreigner joke, I came across an Amazon review of their prior album that effectively shut me up. Kudos to Liana, wherever you are: “I’m usually a bit reluctant on buying used CD’s over the internet,” says she. “But I was surprised when I got this CD in the mail! No scratches at all. And the case wasn’t cracked.” I think Liana speaks for all of us! 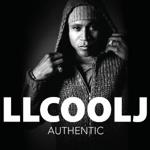 LL Cool J: Authentic (429) Maybe it’s the familiarity that his stints on NCIS: Los Angeles and a bundle of award show hostings brings–or that time I was interviewing him in the mid-‘90s when he was sitting getting make-up applied for a photo shoot. All I know is, I kind of like LL Cool J, and wish him well. And if his brand new album features a batch of really famous co-stars—like Eddie Van Halen, Brad Paisley, Snoop Dogg, Tom Morello, Seal, Bootsy Collins and Fitz & The Tantrums—and that’s what he thinks he needs to do, great. I think I would like to meet Asia Argento and the Queen of England and also have the power to fly! I can only hope he would have the same courtesy! 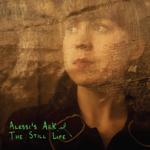 Alessi’s Ark: The Still Life (Bella Union) A fine new album by Alessi Laurent-Marke, a British singer-songwriter who travels in the same circles as Bright Eyes, Mumford & Sons and Laura Marling, The Still Life is a substantial, tuneful set that showcases an emerging artist getting better by the moment. Her third set for the highly reputable Bella Union label—they effectively can do no wrong by me—it’s at times quirky, always personality-filled, and apparently aimed at listeners with IQs hovering within the three-digit range. Is she into decimal points? Listen and find out! 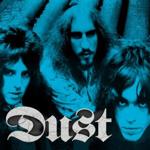 Dust: Hard Attack/Dust (Legacy) In the scheme of things, where there were once many record labels, now there are only a few—which means that very odd things, like flukeish, cultish records once released to little acclaim on the meager Kama Sutra label in the early ‘70s, can now get the full-blown Sony Legacy reissue treatment. So it is that the immensely enjoyable Dust, precursors of Heavy Metal, famous for an album bearing a Frank Frazetta cover and including a soon-to-be Ramone as its drummer, re-emerge in 2013. A trio featuring the songs of Kenny Kerner and Richie Wise, the latter of whom both sings and plays guitar excellently, and the much-lauded Kenny Aaronson as its bassist, Dust were significantly ahead of their time in the loudness stakes, but never—and this is crucial—at the expense of their songs, which all these years later sound very good indeed. Both of the albums they recorded are here, and they have never sounded better. Recommended. 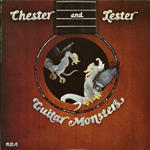 Chester And Lester: Guitar Monsters (Real Gone Music) You don’t have to be a gearhead or a muso to enjoy this second collaboration by legendary guitarists Chet Atkins and Les Paul: The joy on display, echoing that to be had on their 1976 Grammy-winning predecessor Chester & Lester, makes this set accessible to nearly anyone with ears. Incomparable playing, always evident humor, and fine notes by Chris Morris contextualizing it all, makes this 1978 set yet another Real Gone reissue triumph and one you should make a point of nabbing. 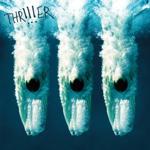 !!!: Thr!!!er (Warp) Regarded by many as having the best band name in history, !!! return with a fabulous new album produced by Spoon drummer Jim Eno, nine great songs, an album title that is actually easy to find via any search engine, a marvelous cover that looks great from any angle and, as always, a reminder: their name is pronounced “Mi-Kul-Jax-Sun”! Look for it today!