I’m not sure what it may mean as far as the record industry is concerned, but this week was significant indeed.

Anyone who’s been paying attention to the present-day music biz realizes that the buzz on Random Access Memories, the soon-to-be-released album by helmet-wearing French space dudes Daft Punk, has been bordering on the absurd since initial track “Get Lucky” emerged during Coachella weekend.

This morning it was announced that the entire album could be heard for free, streaming on iTunes.

This afternoon, everyone I spoke with who liked music had heard it and had an opinion about it. Most of them liked it.

And next week, when it’s finally available for purchase, many of them will have forgotten about it!

Who says things aren’t getting better than ever? 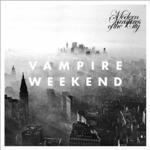 Vampire Weekend: Modern Vampires Of The City (XL) As one of the few record-buying humans who was never deeply attached to or personally invested in the Strokes—and thus felt no sense of letdown by their latest album, which is certainly no worse than any of their others—I must confess to being even less attached to Vampire Weekend, who struck a similar chord among the hip a few years ago and still, inexplicably, soldier on to markedly decreasing acclaim. It all still sounds to me like a bunch of well-educated college-types who liked Paul Simon in his Graceland mode, who perhaps went so far as to go back and pick up on the distinguished South African jazz recordings of the late ‘60s, and who don’t have anything especially interesting to express on their own. Is it my imagination, or are bands burning out faster than ever? Given the public’s peculiarly strong affinity for that whole Twilight movie cycle, sales for this new album shouldn’t be too distressing—but I can’t imagine anyone talking about this album by the end of the summer. A sure-fire hit? You bet! 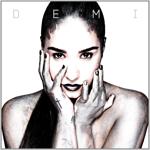 Demi Lovato: Demi (Hollywood) You have to give this gal a little sympathy, since, as her bio casually notes, “Demi Lovato has been on fire.” Yow! That must’ve hurt! Unfortunately, that’s about as emotional as anybody is likely to get about this, the fourth studio album from the former child star of Barney & Friends—dude, it was not that bad!—who went through an embarrassing batch of personal struggles brutally documented by a callous and unthinking press, showed up on the ghastly X Factor TV show, and now makes albums that I suspect will be deemed as culturally relevant in 30 years as were Annette Funicello’s just this past year. Still, were Ms. Lovato to record a single track as emotionally compelling as the late Funicello’s “Pineapple Princess,” I’d accept her with open arms—but, in these trying times, doing so would likely result in my arrest for assault. Let’s just hope no one told her that “demi” is a prefix meaning “less than full size, status, or rank”! 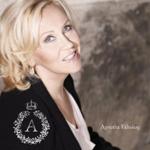 Agnetha Fältskog: A (Verve) Let’s be honest—any music fan who reached adolescence by the 1970s is completely aware of who Agnetha Fältskog is: That would be the enormously hot blonde who, in the company of Björn Ulvaeus, Benny Andersson and Anni-Frid Lyngstad, comprised one fourth of Swedish superstars ABBA and who, to those of a particular age, seemed like a goddess crafted of the sun, moon and stars and little else! Also, she could sing! And while this return to the pop marketplace doesn’t offer up the stratospheric excellence that ABBA composers Björn & Benny regularly provided the singer—and indeed, what could?—the polished, sophisticated and upbeat tunes within are as good a return as most of us could ever hope for. That many of today’s biggest hit-making producers come from Scandinavia is not incidental—Jorgen Elofsson, who’s worked with Britney Spears and Kelly Clarkson, shows up here, and while nothing on A leaps out as a probable teen hit (the lady is 63, one must point out), there’s nothing that doesn’t sound completely contemporary, which is a major feat unto itself. If she’d be willing to give me a walking tour of her local IKEA, I’d gladly write that feature! 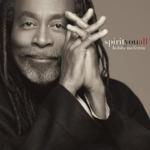 Bobby McFerrin: Spirityouall (Sony Masterworks) When one steps back from the hype and publicity that has made the present-day record industry a conspicuous carnival and purely looks at talent—at the skills that all the studio trickery in the world can never provide—one can’t help but openly admire singer Bobby McFerrin. A 10-time Grammy winner who’s deliberately explored nearly every aspect of the human voice, he returns with this new set of 13 tracks bolstered by a fine cast of accompanying musicians (including Esperanza Spalding, Gil Goldstein, Al Jackson and more), a songbook that, as the title indicates, often draws from the soul, and solid production that spotlights the raw vocal ability conspicuously on display and never compromised. A fine, credible showing for McFerrin and yet another hip signing for Sony Masterworks.

Huey Lewis & The News: Sports: 30th Anniversary Edition (Capitol) Aside from the scary fact that it has been a full 30 years since Mr. Lewis and his reputable friends reached the top of the hit parade with “I Want A New Drug”—the subtle among us might comment holy crap—that the tunes on display here are still so gosh-darned catchy and full of life illustrates that this stuff was indeed very good pop music, despite our natural tendency to gloss over anything force-fed to us years ago via MTV. Indeed, in that network’s very earliest days, I remember meeting much of that crew—J.J. Jackson & Martha Quinn included—in the backyard of some lucky contest winner in Madison Heights, Michigan, who not only got a chance to meet them but literally have Huey Lewis & The News play in their backyard! Between “Drug” and “The Heart Of Rock And Roll,” you’ve got a fine reissue here, doubled up with an additional disc of live tracks, and one hell of a happy time awaiting you! Let’s all go back there! 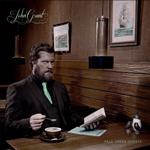 John Grant: Pale Green Ghosts (Partisan) An exceptional solo artist who first surfaced with Denver’s Czars and then stunned many with his 2010 debut album Queen Of Denmark, Grant returns here with a similarly appealing, equally personal album. A little less subtle than its predecessor—in fact, gleefully bouncy at times—the album showcases Grant’s rich voice and his knack for aggressively biting lyrics, which, depending on your mood, may bite harder than you’d like. A compelling storyteller and still a vastly undersung songwriter, Grant is a major talent highly worthy of your time. If he’s new to you, seek out the Czars’ The Ugly People Vs. The Beautiful People (2001) for the bigger picture. 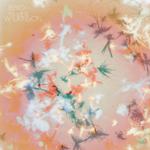 Bibio: Silver Wilkinson (Warp) I love how today’s most interesting artists operate completely independent of general media acclaim. Certainly a significant array of contemporary music aficionados recognize the worth of Stephen Wilkinson, a British producer who records under the name of Bibio—yet, really, who else does? This, his seventh album, continues his tradition of melding electronic and acoustic sounds in a highly subtle, sensual manner—but it seems a major step up indeed. Particularly special is the track “Mirroring All,” which evokes a whole raft of West Coast Pop Art Experimental Band/Bob Welch/Slowdive electro-acoustic comparisons, but, really, there’s nothing here that isn’t less than spectacular. One of the year’s best. 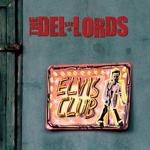 The Del-Lords: Elvis Club (Megaforce) A welcome re-affirmation that yes indeed, back in the ‘80s New York’s Del-Lords really were a very good rock ‘n’ roll band, Elvis Club presents the same band in 21st century setting and it couldn’t sound better…or, significantly, less retro. Though some might call the combination of writer (and former Dictator) Scott Kempner and Eric “Roscoe” Ambel as being Americana-before-its-time, that’s a bit off, really: This stuff is pure, hard-charging rock that draws its inspiration from all the right places and still sounds gloriously contemporary. These sort of “long-awaited returns” don’t often pan out, but this one definitely does. See for yourself. 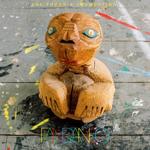 The Phoenix Foundation: Fandango (Memphis Industries) There was a time in the ‘80s and early ‘90s when any band from New Zealand—particularly those associated with the Flying Nun label—was guaranteed to be an intriguing, slightly off-kilter listen. While many of those artists faded away with the label’s prominence, or were simply assimilated by larger labels, that uniqueness—that quirkiness—remains a treasured memory, and bringing it back for us now are the Phoenix Foundation. This first US album is actually their fifth, and the band—who’ve been around for more than a decade—couldn’t have a finer domestic introduction. A 2-LP set loaded with fine tunes, memorable textures and a maturity that will surprise those here who might view them as a new band, Fandango is sophisticated, rich and very good rock ’n’ roll. 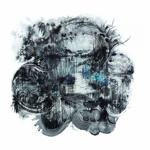 Lubomyr Melnyk: Corollaries (Erased Tapes) From the same unique label that’s brought Icelandic composer Ólafur Arnalds into prominence comes this latest set by Ukranian pianist Lubomyr Melnyk, renowned for his “continuous music” approach that might best be described as physically aggressive minimalism. It’s quite good, but not exactly what you want to be listening to when the person sitting next to you is intent on writing a blog about The Voice and watching it very loudly. Just a thought!