How exciting could one weekend be for music fans?

The world-famous “Bonnaroo” took place—an exciting pop festival in the tradition of Woodstock, only held many years later for those who missed it! It rained, there was mud, it cost money, it was streamed online!

Then lovable rap star Kanye West and his affable soulmate Kim Kardashian—who’s apparently quite popular!—unexpectedly gave birth to a baby girl! Who even knew she was pregnant?

Finally, charismatic rapper Jay-Z, long thought to be living in poverty in a Thai monastery, announced his new album would be available for free to all users of the Samsung Galaxy Smartphone! Who even knew they made smartphones?

As a result, everybody stopped talking about Kanye and his new baby!

Heck, I thought they were pals! 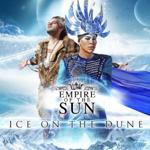 Empire Of The Sun: Ice On The Dune (Astralwerks) Every year there is typically one album that announces itself as maybe the year’s best purely because you simply can’t stop playing it! So it is with the latest from Australia’s Empire Of The Sun, who’ve been away for a while but now return in spectacular form with an ambitious, arousing, gala, tune-filled epic that is freakishly good. Their second album, and apparently one that tells some zany futuristic narrative that I couldn’t care less about, it is teeming with marvelous textures, dramatic rhythms, and hook-filled songs that some might call awe-inspiring! They wear funny clothes, but who cares? Though they could not sound more contemporary, that they at times recall the classic works of other artists in their prime (title track, “I’ll Be Around” = Fleetwood Mac’s Tango In The Night, “Disarm” = Ministry’s With Sympathy) only illustrates the inarguable truth that classic pop music, whether composed in the ‘50s, ‘80s, or just last week, leaps out of your speakers, pulls out your wallet, takes money, sends you to the liquor store, and requires you spend at least half a night teary-eyed, listening to that oddly priceless, artful combination of lyric and melody, and sobbing in ecstasy! Wonder if they’re into Twitter? 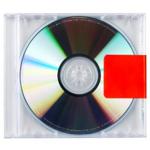 Kanye West: Yeezus (Roc-A-Fella) Here is the frustrating dichotomy Kanye West represents to me as a thinking, feeling, music writer: 1) When I read moronic rock critics saying “I never listen to the words” when they’re talking about pop music, I want to shoot them. Like, dudes, does this make you cool? When I read your reviews, I only look at the commas! 2) More significantly, at least in this paragraph, I have sincerely maintained, since way back to the days of Kurtis Blow, that the only rap music I have ever actually enjoyed—and I don’t mean this to be as dickish as it sounds—are the instrumental B-sides that aren’t cluttered up with moronic lyrics by, er, people who can’t really sing but certainly would like to have that ability! This record? All I know is, it’s a great-sounding, well-produced rap album hampered only by its studiously obnoxious lyrics and vocals and—even more painfully—the overwhelming air of West being an artist so tragically concerned with his status as a human and what other people think of him that its value as a piece of art would appear to be directly coinciding with its newsworthiness. I sincerely believe that if I didn’t speak English, I might think this album was quite good. But I do, and this dude sounds, yet again, way, way too full of himself. Instrumental mixes, please. And shut this guy up. 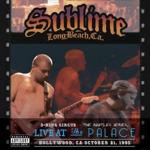 Sublime: 3 Ring Circus – Live at the Palace (Gasoline Alley) Fans of Southern California’s Sublime—and there more than a few of them—will be overjoyed by this new batch of content from the band in their prime: live at the Palace in 1995, featuring late frontman Bradley Nowell, running through most of their best-known content and, I suppose, doing a workmanlike job of it. That said, aside from that one song or two that sounds oddly Steve Milleresque, there really isn’t much here of any substance: Good intentions, covers of tracks by Bad Brains, Toots & The Maytals and the Grateful Dead, and a whole lot of stuff that still seems oddly dated except, perhaps, to those in certain, notably slim, age range. Very odd. While we have all come to expect a certain predictable “nostalgia effect” with various bands—‘50s, ‘60s, ‘70s, ‘80s—it does seem that the mid-‘90s bands of yore have yet to reap that same benefit. Meaning: When was the last time you encountered a rabid Limp Bizkit fan? However good-intentioned, and however sad that this once-popular band is now gone, this stuff is depressingly pedestrian.

Bill Frisell: Big Sur (Sony Masterworks) Exceptional jazz guitarist Frisell returns here via the unexpectedly revivified Okeh label with a marvelous set featuring his so-called Big Sur Quintet–including violin, viola, cello and drums–and enough texture and strong composition work to count this among the better of his many albums. Featuring work composed by Frisell while staying at the Glen Deven Ranch in Big Sur while preparing for a performance at the 2012 Monterey Jazz Festival, the album is substantial and varied, the works taking full advantage of the multi-stringed format, and Frisell’s own playing subtle, markedly tone-conscious and highly enjoyable. He’s never less than very good, but this is one of his better ones. 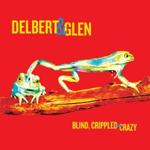 Delbert & Glen: Blind, Crippled & Crazy (New West) Those of a certain age, who perhaps worked at college radio stations in the early ’70s, back when Delbert & Glen issued their first two albums on the Atlantic-distributed Clean Records, might be forgiven for compartmentalizing them as the “other” Atlantic duo—the one that was not Hall & Oates, their best-selling contemporaries—but likely did not begrudge them their lack of sales success. Delbert McClinton of course went on to great critical success as a solo artist, and Glen Clark, the lesser known of the two, worked extensively with the Blues Brothers & Kris Kristofferson among others, and wrote a significant batch of oft-covered tunes. This new set—a reunion, however unexpected—is a joyous, exuberant surprise, professionally played, sung and written and a credit to both artists’ legacy. Frankly, without a pile of early ‘70s hits to live up to, the pair have the complete freedom to go about their business and simply create strong, uplifting music that, despite its R&B and blues roots, still pretty much defies category. A total delight. 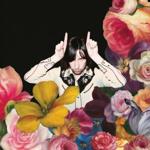 Primal Scream: More Light (1st International) There’s something just “out there” enough in all of Brit group Primal Scream’s work—from their earliest mid-‘80s recordings for Creation Records, through their classic, arty 1991 Screamadelica set, to their later, more rocking stuff—that makes them seem enjoyable, deliberately excessive dudes that, if nothing else, are always a great listen. In 2013, they’ve evolved into rocking pulse-meisters somewhere between Hawkwind and the MC5—this meant as a compliment—with a better ear for melody than either band. Yet as even the cover picture here illustrates—a carbon copy of that of former labelmate Momus’s 1988 set Tender Pervert—there is just something a tad too derivative, a tad too fanboyish, that makes Primal Scream‘s mainstay and album coverboy Bobby Gillespie seem more a bastion of great taste than a daring and bold original. But, as someone once rightly maintained, good taste is timeless. Then they died. 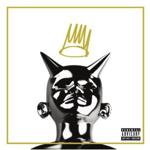 J. Cole: Born Sinner (Roc Nation) A strong album from young rapper J. Cole, whose reputation is cresting quite nicely, and who’s probably best known for being the first artist to be signed to Jay-Z’s Roc Nation label. His last album debuted at No. 1 and brought him a Grammy nomination for Best New Artist; this new one, equally as good, is likely to have similar impact. Unless, of course, no one buys it at all! Boy, would that be unexpected! What do you think will happen? 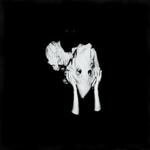 Sigur Rós: Kveikur (XL Recordings) You know, I like Sigur Rós as much as the next guy, but after all this time—they’ve been making records for over 15 years—let’s face facts: I can’t even pronounce their name, let alone any of their album titles! The dudes are from Iceland, on the scattered occasions they sing, they sing in “Hopelandic”—“a constructed language without semantic meaning,” according to knowledgable experts—hey, isn’t that what Magma did in the ‘70s?—but you know what? It still sounds great to me! I, er, never listen to lyrics! Wouldn’t it be cool if all their recordings were released under another name on the ECM label in 10 years and no one noticed? They’ve already got that punctuation thing down!

Bill Kirchen: Seeds & Stems (Proper) A joyous showing from impeccable and near-legendary guitarist Bill Kirchen–whose fretwork with Commander Cody & His Lost Planet Airmen years ago launched an enviable career that continues to this day. Running through many of the classics that have highlighted his career—“Down To Seeds And Stems Again,” “Mama Hated Diesels,” and the unavoidable “Hot Rod Lincoln” among them—Kirchen displays a zest in his playing that is unmistakable and, all these years later, near-impossible to duplicate. A musical treasure, a fantastic player, and, in these roots-conscious times, very much a pioneer, Bill Kirchen is one of our best. 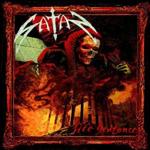 Satan: Life Sentence (Listenable) Like most loyal rock fans, I have always been into Satan! And I’m not above quoting such informed sources as fellow record reviewer heavytothebone2, who on the fab MetalUnderground.com site wisely notes, “The prospects of a Satan record in 2013 could have been all over the map, yet Life Sentence avoids any chance of negative connotations.” Who could begin to argue? From opening track “Time To Die” to the inspiring “Life Sentence,” Satan—as always—tells it like it is! In no uncertain terms! Still, the absence of Billy Joel is telling!