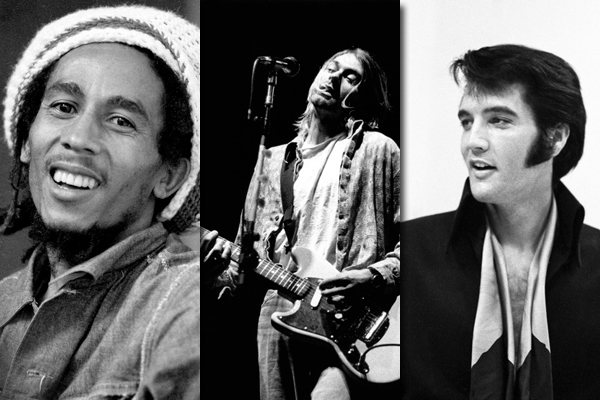 When big music stars die, renewed interest in their careers can instantly be worth tons of money. And beyond a short-term enterprise, the business of departed artists can – if managed well – be lucrative for years, feeding off the artists’ legacies, work and marketable images. But who gets the money? And who gets to decide what to sell?

Those are complex questions, usually involving months of legal proceedings and business negotiations. In some cases, as with Johnny Cash’s estate, for which the singer and his wife, June Carter, spelled out everything beforehand, the process can be relatively painless. In others, such as Ray Charles’ estate, which is still being hashed out in court, family fights seem endless. And as reported this week, Amy Winehouse’s parents will inherit her wealth by default, as the singer did not leave a will –  how the estate will operate moving forward is to be determined. But after the legal issues end, most estates come to a sort of day-to-day equilibrium, handling as many as dozens of requests per week to use music or images, then rejecting the most absurd ones (Jimi Hendrix toilet paper!).

“We practice the Hippocratic Oath of rock, which is, ‘First, do no harm,'” says Jeff Jampol, president of Jam Inc., which manages Janis Joplin’s estate and consults with Michael Jackson’s estate. “In my eyes, these artists lived and died for their legacies, and their legacies belong to them – not movie directors, not record labels, not book publishers.” Here’s a run-down of some of the most active, sought-after or evolving rocker estates. 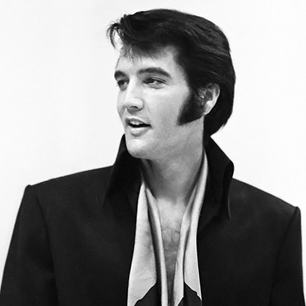 Major projects: “Elvis Presley In Concert,” starring a video-projected Giant Elvis along with the King’s former concert bandmates, is touring Europe through the end of March.

Philosophy: For now, it’s simply to boost yearly Graceland visitors, which dropped since the recession from roughly 600,000 to 500,000 in 2011, according to reports. But in general, Lisa Marie Presley told Rolling Stone in 2005: “I don’t know if people have this misconception that we’re going to build a giant casino on the lawn of Graceland, or that Elvis condoms are going to be mass-distributed throughout the world, but that’s not going to happen.” 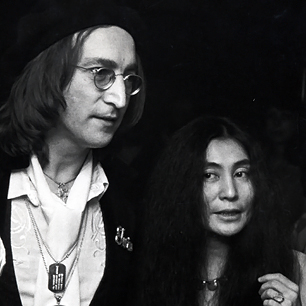 Major projects: After Lennon died in 1980, his family found more than 1,500 drawings, which Ono began putting out in 1986. Ono regularly sends touring exhibits around the world to display some of these, as well as his written work.

Recent or upcoming milestones: There was a flurry of activity around John Lennon’s 70th birthday on October 9th, 2010, including fan and tribute events, and a long list of remastered and repackaged Lennon recordings.

Philosophy: Ono keeps tight control over her late husband’s image, songs and works, mostly choosing projects that support his famously peacenik beliefs. “Now I feel like the whole big thing of John is like an umbrella around me, protecting me. I still have emotions and an emotional life,” she told The Observer in 2008.  “I have decided to love all the people who miss John. A dream you dream alone is only a dream. A dream you dream together is a reality.” 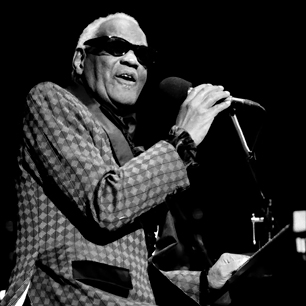 Estate manager: The Ray Charles Foundation, run by a board of directors including Joe Adams, 87, Charles’ longtime manager, who has had “virtually unchallenged power” over the estate, according to the Los Angeles Times. However, several of Charles’ 12 children have filed suit since the R&B legend’s death in 2004, claiming Adams and other foundation officials have not properly protected his legacy. The dispute became especially ugly in late 2010, when the foundation sued Ray Charles Robinson Jr. and his publisher for including the singer’s likeness and song lyrics in a reflective book about his father.

Major projects: Charles’ image and music have popped up all over the place since his death, from CBS’ Cold Case premiere in 2009 to a late 2011 Pepsi “Music Icons” retread of his iconic “You Got the Right One Baby, Uh-Huh” commercial.

Recent or upcoming milestones: Charles’ 80th birthday in late 2010 kicked off a 20-month tribute, including the release of Ray, Rare Genius: The Undiscovered Masters.

Philosophy: True to Charles’ wishes, the Ray Charles Foundation focuses on youth programs and helping people with hearing impairments (while Charles was blind, he often said that hearing impairment would be a true handicap; he therefore began funding cochlear implants for those who could not afford them). But Charles’ children have been critical of overdubbed posthumous CDs. “The biggest issue with me is disrespect for the family and kids,” the Rev. Robert Robinson told the Times in 2008. “If you respect a man and his work, then you respect his kids. His blood is flowing through our veins.” 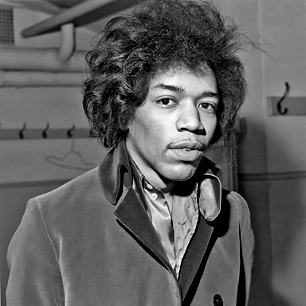 Estate manager: Janie Hendrix, president and CEO of Experience Hendrix LLC, the family-owned corporation in charge of the late guitar hero’s music and image. Jimi’s father, Al, won the rights to Jimi’s archives in 1995. Before he died in 2002, Al Hendrix made Jimi’s sister, Janie, the sole heir, essentially cutting Jimi’s brother, Leon, who had dealt with drug and alcohol problems, out of the estate. After Al’s death, Leon insisted Janie manipulated Al into blocking him from future earnings. A judge ruled in Janie’s favor in 2004, but in another case, Leon won the rights to use Jimi’s name and likeness.

Recent or upcoming milestones: In honor of what would have been Hendrix’ 70th birthday (in November), his hometown, Seattle, plans to open a guitar-shaped park in his honor sometime this year.

Philosophy: No violence. “We just don’t want somebody getting their head blown up or some war scene during his music,” Janie Hendrix says. “Because, as he said, ‘Power of love, power of soul.'” 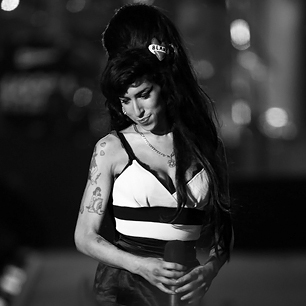 Estate manager: As it was recently reported, Winehouse’s father Mitch and mother Janis will inherit her wealth.

Major projects: The Amy Winehouse Foundation announced a scholarship for an impoverished child to London’s Sylvia Young Theater School, which Winehouse attended when she was 13.

Recent or upcoming milestones: The foundation also plans a benefit concert in England sometime this year, but details have yet to be announced. 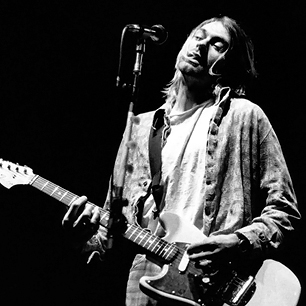 Estate manager: Courtney Love. Sort of. As Cobain’s widow, Love is the primary heir, so she controls his likeness and oversees a portion of the singer’s publishing company End of Music. But Primary Wave Music bought 50 percent of the company in 2006 for $19.5 million, and others have since purchased other pieces.

Philosophy: This may not count as a philosophy, but Love recently announced that last year’s Muppets movie “raped” Cobain’s memory with its use of Nirvana’s “Smells Like Teen Spirit.” Love insists she controls usage of Nirvana’s songs, but Primary Wave has a large portion of the catalog, and says they approved use of the song along with the Kurt Cobain Estate, Dave Grohl and Krist Novoselic. 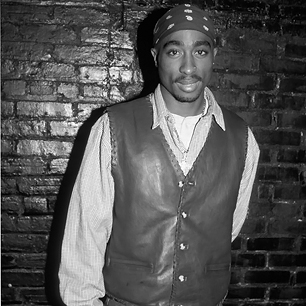 Major projects: The prolific rapper’s unreleased songs have finally started to run out – the estate took in $9 million in 2007 and $3.5 million last year, mostly from music sales, according to Forbes estimates. More recently, the estate has been marketing his Makaveli sneakers, T-shirts and sweaters.

Recent or upcoming milestones: The 15th anniversary of the rapper’s death was last September, but the estate didn’t do much other than to add some sections to 2pac.com.

Philosophy: “It was Tupac’s greatest wish to inspire minds and spark the ideas that would change the world,” the estate declared in a statement last year. 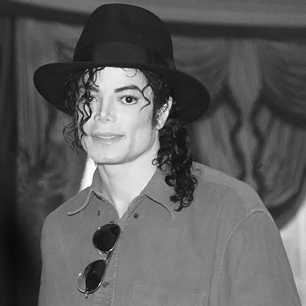 Major projects: A new album of official unreleased material comes out roughly once a year, usually around holiday season; Cirque du Soleil’s Immortal tour continues through the end of 2012. A Cirque run in Vegas, an interactive museum, a Broadway show and a tribute tour are under discussion.

Recent or upcoming milestones: In the year and a half after Jackson died, in June 2009, his estate took in an estimated $310 million from music and merchandise sales and publishing.

Philosophy: “There’s a whole generation out there who doesn’t know about Michael and his music,” Branca recently told Business Week. “We’re going to change that.” 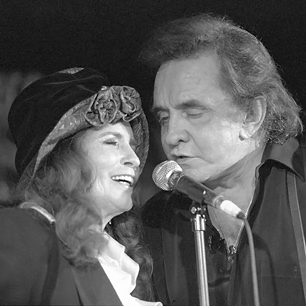 Major projects: A museum in downtown Nashville, including 18,000 square feet of memorabilia displays and an auditorium for concerts. Cash’s daughter, singer-songwriter Rosanne, was among the family members on hand for the groundbreaking last month.

Recent or upcoming milestones: Cash’s 80th birthday would have been February 26th; country stars such as Kenny Chesney, Lucinda Williams, Kris Kristofferson and Jamey Johnson will pay tribute for the occasion on April 20th at Austin City Limits Live in Texas.

Philosophy: “We try to live up to the way John would’ve addressed these matters, were he here,” says Robin, who gets a dozen requests to use Cash’s music or image every day. Due to Cash’s history with drug abuse, the estate avoids alcohol or tobacco endorsements. And it won’t give you the right to put Johnny’s face on a cuckoo clock – something a guy actually tried to do. “It runs the gamut from humor to not so much humor,” Robin says. 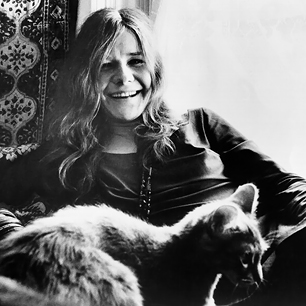 Major projects: One Night with Janis Joplin, a musical written directed by Randy Johnson in partnership with the estate, premiered last year in Portland and could do a broader tour.

Recent or upcoming milestones: Big Brother and Holding Company’s Live at the Carousel Ballroom came out on March 13th. It was mastered by original soundman Owsley “Bear” Stanley before his death about a year ago.

Philosophy: The estate tries to approve or reject projects based on criteria Janis herself declared during her life. “During Janis’ lifetime, she drank a lot of Southern Comfort. She’s known for that,” Jampol says. “In Janis’ case, aligning with an alcoholic beverage would be OK, because she did it.” 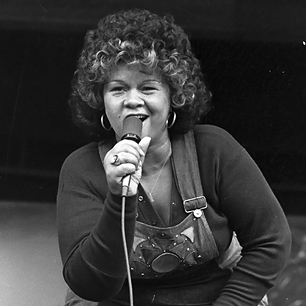 Recent or upcoming milestones: None.

Philosophy: “Etta’s always had criteria – it has to fit with what she believes and doesn’t offend her,” says Jay Cooper, the estate’s attorney. “But the estate’s brand new, so you only have past history, when she was alive and doing everything well.” 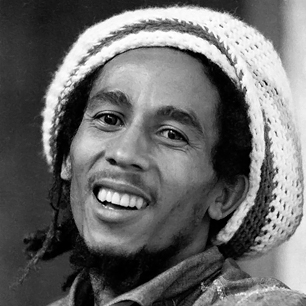 Estate manager: Bob’s widow, Rita Marley, and his nine children. Since Marley died of cancer in 1981, lawsuits over his estate have been plentiful – including one last year in which the family corporation sued Bob’s half-brother, Richard Booker, for attempting to trademark the phrase “Mama Marley” for a fish-selling business. But generally the estate’s affairs have been stable in recent years.

Major projects: Marley, a documentary film directed by Kevin Macdonald (The Last King of Scotland), is due in theatres April 20th and recently made its debut at South by Southwest in Austin, Texas.

Recent or upcoming milestones: The 30th anniversary of Marley’s death was last May, but Marley’s estate didn’t sponsor formal events.

Philosophy: “Bob belongs to the people,” Rita Marley told Rolling Stone in 2004. “If his music doesn’t go to the people, that’s no use to him.” 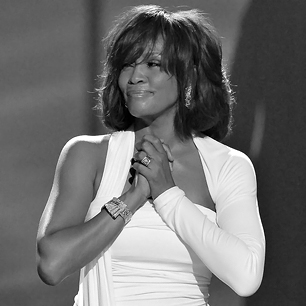 Estate manager: Pat Houston, Whitney’s sister-in-law and manager. Houston’s will left everything, including clothes, jewelry and cars, to 19-year-old Bobbi Kristina, her only child, and nothing to her ex-husband Bobby Brown, according to reports. Bobbi Kristina will receive the balance of the money when she turns 21, 25 and 30.

Major projects: Nothing yet, but more posthumous releases are a given.

Recent or upcoming milestones: In the two weeks after Houston’s death on February 11th, her albums sold a reported 500,000 copies, and several of them remain on the charts.

Philosophy: It’s too early for anything like a mission statement, but Bobbi Kristina recently told Oprah Winfrey: “I’ve got to keep moving. I’ve got to carry on her legacy.”