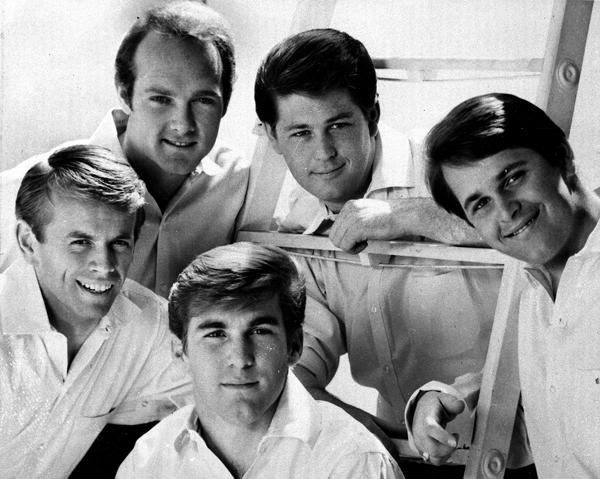 After months of rumors, the Beach Boys have finally announced details of their 50th anniversary reunion tour. Brian Wilson, Mike Love, Al Jardine, Bruce Johnston and David Marks will all participate and 50 dates are planned, with the tour kickoff at New Orleans Jazz Fest in late April. “This anniversary is special to me because I miss the boys,” Brian Wilson said in a statement. “It will be a thrill for me to make a new record and be on stage with them again.”

According to multiple reports, the Beach Boys were going to announce this reunion at the Grammy nominations special on November 30th – but last minute problems caused them to back out of the broadcast. According to Al Jardine, the Beach Boys will appear at the Grammys on February 12th. “There will be a surprise at the Grammys,” Jardine tells Rolling Stone. “We’ll do something really exciting. There’s a lot of interest in it, which is nice. It’s going to be a very big operation.”

Jardine also says that the group will present a diverse setlist. “We haven’t played together in a long time,” he says. “The fans are going to want to hear the hits. But there should also be lesser-known ones that are so important.”

Earlier this year, the Beach Boys went into the studio to re-record their 1968 classic “Do It Again” for a planned new album. (Watch a video clip of the session above.) Jardine says that additional studio sessions are booked for this month. “It sounded so good we just decided to continue,” he says. “There are some new things that Brian has come up with that are really remarkable. ‘Do It Again’ was done in an afternoon. These songs will take a little more putting our heads together.”

Guitarist David Marks played with the Beach Boys between early 1962 and late 1963. He rejoined the touring line-up in 1997, but left two years later due to health problems. “I’m really looking forward to celebrating this important milestone in the Beach Boys’ history with the other guys, and with Capitol Records – where it all began 50 years ago,” he said in a statement. “It means a lot to me that we can all reunite and pay tribute to the fans who have kept the music alive.”

The Beach Boys have been touring in different camps ever since the death of Carl Wilson in 1998. They’ve exchanged numerous lawsuits and nasty comments in the press, but Mike Love says that negativity is all behind them. “All that stuff is long forgotten,” he tells Rolling Stone.

Related
• Photos: The Beach Boys Through the Years