In one of the most unusual weeks of this otherwise dreary summer, the fates have conspired to release an admirable array of actual fine new albums when—let’s be real—most of us have simply given up on music overall and have now moved onto tennis, golf, or staring into the mirror and watching our eyes water!

And most of them not only look but sound good!

So rather than biting our collective lips and pondering the implications of our simply not caring about the music released by today’s top stars—and there are so many of them, aren’t there?—let’s simply sit back, enjoy the few good tunes that are out there, and wait patiently for that One Direction movie to arrive on August 30th and save all that is good about the legacy of pop!

Or, as they say everywhere else except for that darned Midwest: soda! 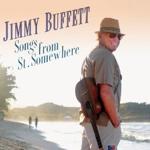 Jimmy Buffett: Songs From St. Somewhere (Mailboat) If you would have asked me back in 1972, when I sat in a coffeehouse called the Flick, near the University of Miami, and patiently waited to see singer Tim Buckley for the very first time, whether I thought it possible that warm, charismatic and mildly hapless opening act Jimmy Buffett would become a veritable financial tycoon 40 years later while headliner Buckley would, on the other hand, be dead—I would have probably said: No. Yet here in fact is Mr. Buffett, as agreeable and affable as ever, with his cult of Parrotheads still out there and hat-wearing, and his music slyly humorous, mildly country-tinged, and—as it always was—admirably non-offensive. Does the man even have the slightest notion that my former workplace dubbed a conference room Margaritaville? Still, he’s in a more admirable position than ever: The record’s fine—how could it not be?—the vibes are the expected groovy, the grin on the album cover is all we could expect and more, and the lifestyle is, of course, scarily enviable. And as the record business has changed so drastically in the 40 years that have passed, Buffett’s semi-serious approach to musical good times have actually taken on more weight and, say, when compared to the latest stuff by today’s biggest stars, seems somehow, shockingly, even more musically profound. And with tracks like “Einstein Was A Surfer” and “Too Drunk To Karaoke,” that’s really saying something! It would be weird to have a name like Jimmy! 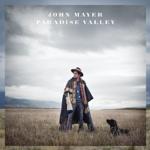 John Mayer: Paradise Valley (Columbia) I’ve always felt that John Mayer was a good-looking, funny dude who’s been unjustly maligned for his romantic liaisons when, in fact, he’s more than musically adept and, on the basis of his past work, stridently adventurous when it comes to making records! But all I know about his new record is: It’s got guest appearances by Katy Perry and Frank Ocean, it features two songs—“Call Me The Breeze” and “On The Way Home”—that could be by J.J. Cale and the Buffalo Springfield, if only today’s struggling record reviewers could hear them, but otherwise we don’t know, and that if I was told the cover photo depicts Mayer in an Argentinian field looking for cattle, or for that matter, any kind of livestock that might comprise the makings of Paradise Valley Sausage, I would probably completely believe it! As the saying goes, let’s throw integrity out the window! All I know is: “Mayer” is not too far from “Oscar Meyer,” there’s a dog on the album cover—I suspect he’s hot!—and there’s a song here called “Wildfire,” which, as we all know, may be the very best way to enjoy today’s finest frankfurters! I give him three years until he’s roasted on national TV! 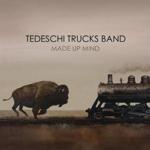 Tedeschi Trucks Band: Made Up Mind (Sony Masterworks) One of the more unexpectedly substantial and musical acts of this decade may be the Tedeschi Trucks band, a blue-rock group comprised of husband/wife team Derek Trucks and Susan Tedeschi, both stellar, award-winning guitarists, and both deeply enmeshed in the production of music rather than eye-catching music videos, which is no small thing. They’re quite good, especially in the live format. This new set is as musically polished as might be expected, but it sounds less like a constrained live act trying to capture their magic in the studio than an excellent, finely-crafted version of a Bonnie Raitt album a few years down the line. It’s never less than good—the playing is impeccable—and the group’s raw musicality is laudably upfront, but there’s a certain restraint that, while suitably commercial, only hints at the occasional excess they joyfully unleash on the live stage. I say give them a radio hit, let them make their own Live At The Fillmore East all these years later, and let them get on with what it is they really want to do.

Travis: Where You Stand (Red Telephone Box) Mildly fascinating story about Travis: Go back a decade or so and the Scottish band was right up there with Radiohead and Coldplay as among the most adventurous purveyors of sophisticated, melodic rock, and then…well, then, not much. Never as deliberately artful as their contemporaries, and never as blatantly blessed with an ear for hooks, the band just maintained their status as being, er, kind of a good band. But: all these years later, Radiohead have deliberately skewed way off-course, Coldplay have been deeply enmeshed in the sort of pop games they couldn’t avoid—here they are with special guest Jay Z!—and Travis, five years later, still sound like…Travis! Bearing an album cover not entirely unlike Compost’s 1973 jazz-rock fusion effort Life Is Round if one really squints—and hey, who doesn’t?—the new Travis set is quite good, melodic, moody, substantial, and the sort of thing that would appear to have been created for the sake of music rather than creating an international sensation of some sort. A masterpiece? No way. But an excellent, well-crafted exploration of 21st century pop that’s better than most of us—at least those of us who remember Travis—might ever have expected. 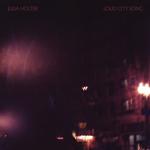 Julia Holter: Loud City Song (Domino) I am immeasurably impressed by this third album by L.A.-based artist Julia Holter, who has put together a divinely atmospheric disc that sounds nothing like, say, one-time Blue Velvet chanteuse Julee Cruise, but in the same manner as the latter’s 1989 set Floating Into the Night, has crafted a work removed from all things “contemporary” and “pop.” Eerie, subtle arrangements, sensual vocals—I can’t imagine seeing much of this performed live—and a striking sense of intimacy make Loud City Song a significant achievement. Anyone lulled by the seductive few opening tracks of the album will likely be wowed by the unexpected cover of Barbara Lewis’s 1963 hit “Hello Stranger”–fairly ultra-hip, no?—and perhaps even more impressed by how it all fits in with quirky, personalized delivery Holter maintains through the entire album. By far her best effort, the album is an adventurous work that, while immensely appealing, was not put together in order to make a million dollars. (pause) Just wait! 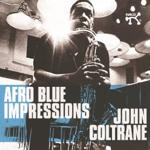 John Coltrane: Afro Blue Impressions (Concord) Anyone familiar with the works of saxophone legend John Coltrane and the way the record biz works probably knows the three labels that featured him most prominently during his lifetime were Prestige, Atlantic and Impulse. And while reissues and previously unreleased sessions continued to flow following his death in 1967, this unexpected collection, recorded in Stockholm and Berlin in 1963, first emerged in 1977 on Pablo Records—the label established by well-known jazz label magnate Norman Granz, not especially known for “out there” recordings. But this wonderful set, featuring Coltrane backed by his well known group of the time (pianist McCoy Tyner, bassist Jimmy Garrison, drummer Elvin Jones), catches the quartet slightly before the raucousness to come, and is historically a marvel. With three new bonus tracks, new liner notes, and the intent to celebrate the 40th anniversary of the Pablo label—time indeed do fly—the disc sounds great, is more than welcome, and an excellent place for newcomers to appreciate the magic this band had within them. Highly recommended. 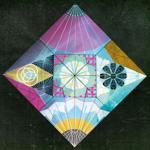 Laura Veirs: Warp And Weft (Raven Marching Band) Were it not for the joys of the internet, I’d have no idea that this album takes its name from knitting terminology—heck, here I was thinking that Weft was some obscure Krautrock label—but I would not be at all puzzled by how good this album is. Veirs’ ninth album is rich, meticulously produced (by Tucker Martine), substantial and, even more importantly, catchy—meaning one play leads to another, rather than respect and dutiful filing by collectors of her work. I’m still listening, wondering about the significance of her quoting “Motherless Children” somewhere in this middle of this all, but that I’m still going back, not bored but fascinated, is really half of any artist’s battle, isn’t it? An excellent return from a continually fascinating artist, Warp And Weft shows a creative heft that in this day and age is both unexpected and delightful.

Santana & McLaughlin: Invitation To Illumination: Live At Montreux 2011 (Eagle Rock Blu-Ray) Maybe because I drove up to San Francisco from L.A. last week I deliberately got myself in the mood by listening to Santana’s better “jazzy” albums—Caravanserai and Borboletta—but it struck me, in my car, that the mid-‘70s period when guitarist Santana was collaborating with the likes of Alice Coltrane and Brit guitarist John McLaughlin, was not insignificant: Back before the days when major record labels controlled every note their artists released, pairings like these were pretty big steps. Though these guitarists’ previous outing, 1973’s Love Devotion Surrender, was adventurous through and through, the pair’s respective devotion to guru-of-the-day Sri Chinmoy—and their dual white outfits, displayed on its cover—was a tad off-putting. Yet almost 40 years later, white clothes still in evidence, the pair’s musical compatibility couldn’t be clearer or more convincing: Captured onstage in 2011, the duo run through most of their earlier collaboration’s tracks and much more and sound completely convincing, with the Santana/McLaughlin pairing of feeling/technique less defined then it was back then and all the more enjoyable in 2013. Well recorded and inspiring to watch, it’s a great document of playing and players that have retained much of the magic that has, from the very earliest, made them great.

Mark Kozelek & Desertshore: Mark Kozelek & Desertshore (Caldo Verde) There’s an absolute cult that thrives around the recorded work of Mark Kozelek, whose work with the Red House Painters and Sun Kil Moon has been consistently moody, affecting, deeply personal, and not the sort of thing you’d want to listen to while driving in the desert at 4 in the morning. He’s not averse to recording—this seems like his third album in less than a year—but Kozelek is especially appealing here, significantly with former Red House Painter bandmate Phil Carney. Sonically more diverse than his last few sets, this new album is solid throughout, laden with in-jokey reference to the comparative guitar prowess of Eric Clapton and Nels Cline, and maybe precisely what you’d need to hear while driving through the Mojave, at, say, 2 a.m. Yep, he’s really rocking now. 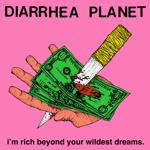 Diarrhea Planet: I’m Rich Beyond Your Wildest Dreams (Infinity Cat Recordings) My two all-time favorite music fantasies: 1) A washed-up rapper trying to convince someone in a bar of the future that damn, he was someone back in the late ‘90s–it’s just that his driver license only has his real name, and 2) “You look like a nice young man,” says the grandmotherly woman in the airplane to the young man by the window next to her, “are you in rock ‘n’ roll band? Maybe my granddaughter knows you!” As he nods in assent, she asks the inevitable, “Oh? What’s the name of your band?” As he looks out the window, he pauses, briefly, and his eyes tear up.