A day after the premiere of its highly-anticipated third season, the Stranger Things 3 soundtrack has dropped via Legacy Recordings.

The non-original soundtrack oozes in Eighties circa-1985 nostalgia with tracks like Madonna’s “Material Girl,” REO Speedwagon’s “Can’t Fight This Feeling” and “Workin’ for a Livin'” by Huey Lewis & the News. The Cars’ “Moving in Stereo,” which – in a nod to the classic scene in Fast Times at Ridgemont High – plays while Lifeguard Billy makes his steamy entrance to the Hawkins Pool, also appears on the track list.

The soundtrack is now available digitally, on CD and cassette, while a vinyl edition – pressed on various colors alongside a poster and 7″ single and available to preorder now – will be released on July 26th. The album’s only original song, a cast recording of “Never Ending Story,” is included on the 7″ single.

The season 3 soundtrack follows the Grammy-nominated Stranger Things: Music from the Netflix Original Series, a 2017 compilation comprised of the first two seasons that featured a pre-Weezer Toto’s “Africa.” 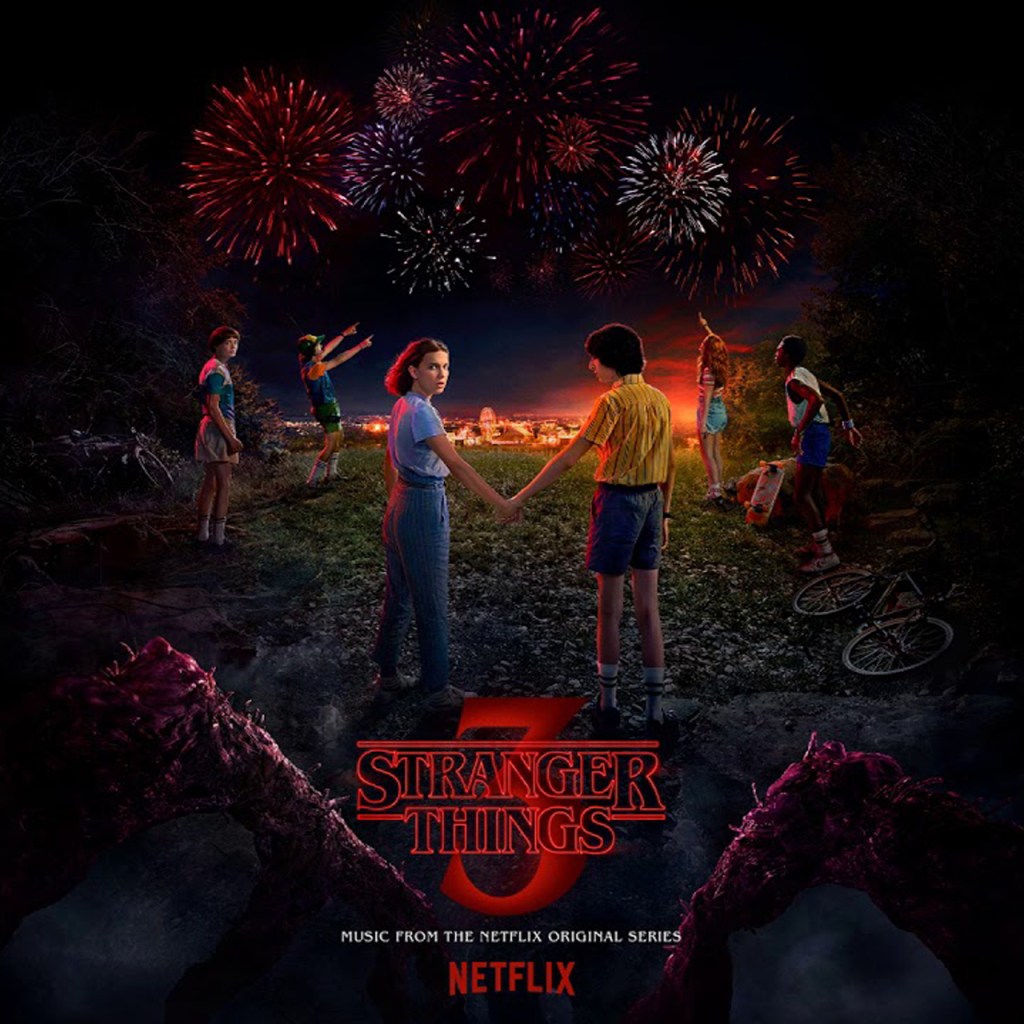