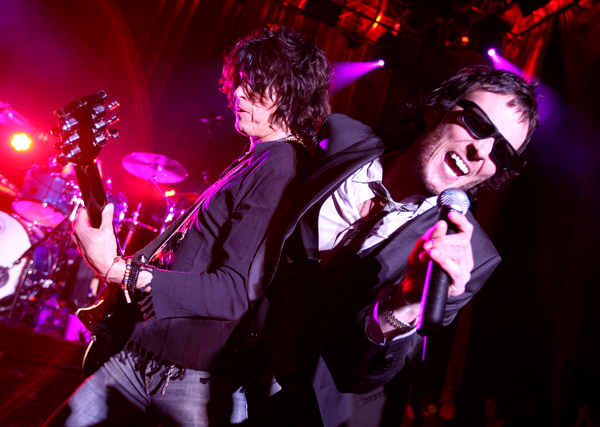 Though no plans are confirmed yet, guitarist Dean De Leo has plenty of ideas for the occasion. “What I’d like to see happen is the band go out and do more intimate shows – really lovely theaters around the country,” DeLeo tells Rolling Stone. “Smaller shows, doing the first album in its entirety, and then maybe take requests.”

Core was released on September 29th, 1992, and served an important template for the rock band’s career. DeLeo recalls that they did not have many extra outtakes from its recording session for an expanded reissue, but that “We have tons of live recordings from that era, and we didn’t multi-track record that stuff. There’s no fixes, so they’d sound incredible if we just master them,” he says. “I have dozens and dozens of DATs from that era. So this is the true essence of the band – no fixing a guitar part or a vocal part. This is the how it went down.”

DeLeo is happy with how Core is received by new audiences and credits this largely to the band’s singer, Scott Weiland. “We play a lot of that album live. We pretty much opened the last two years with ‘Crackerman’ off that record. There are some really great aspects of my job, and one of them is when we walk out and we come down on that first chord, and people know what song it is,” he says. “We do ‘Dead and Bloated’ [from the record] and people dig it. People seem to know every lyric in every song we do. It’s a real testament to Scott and what he pulled off on top of what we gave him.”

In addition to establishing the band, Core also served as a breakthrough for producer Brendan O’Brien, who went on to produce albums by Pearl Jam, AC/DC and Bruce Springsteen. “That was the album that put him on the map,” DeLeo explains proudly. “Our record was the record that he was listed as producer [after engineering the Black Crowes’ Shake Your Money Maker and the Red Hot Chili Peppers’ Blood Sugar Sex Magik]. That was one of the greatest things I ever experienced in my musical career, having the opportunity and luxury of making records with that cat.”

DeLeo’s hopes for a theater tour will be a tony update from the band’s first experiences performing Core. “Back in those early days, we went out and did a club tour, and it was nice. There were some nights we had 50 people, and at some points, there were eight people in the club – and they were working,” he recalls with a laugh. “Then we went out with Megadeth. I did a month of doing ‘Crackerman’ with little, pimple-faced boys with Iron Maiden shirts giving me the finger all night!”