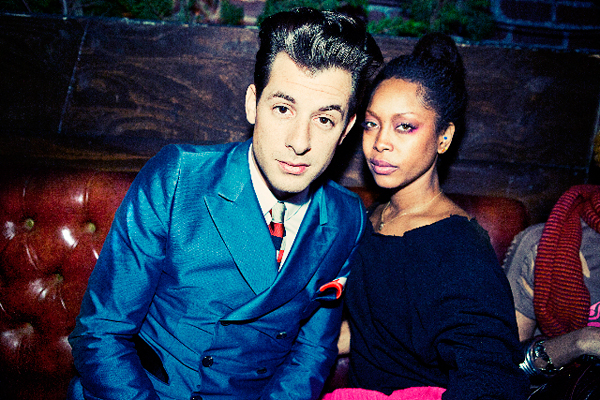 The music of Grammy week takes over all of Los Angeles, with a number of private parties and intimate shows. Thursday night offered a rich abundance of celebrations in Hollywood that, when combined, put together a festival-worthy lineup consisting of Stevie Wonder, Mary J. Blige, Ne-yo, Skrillex, Mark Ronson, Will.I.Am and more.

The night kicked off with the world premiere screening of the ReGeneration film at the famed Chinese Theater. Befitting the new “it” status of electronic dance music, the scene looked more like a Twilight world premiere, with its closed sidewalk and heavy police presence and a 17-year-old girl from Toronto who nearly burst into tears when she found out Skrillex was inside.

All of the artists in the film – Mark Ronson, DJ Premier, Skrillex, Crystal Method and Pretty Lights – were on hand to celebrate the project and, following the screening, conduct a short Q&A with DJ Jason Bentley of KCRW. For most of the DJs, it was their first time seeing the final product, which meant it was the first time they really had a chance to see what their peers were putting together.

During the Q&A, a lot of sympathy was expressed for Pretty Lights (real name Derek Smith), who was given one of the tougher assignments: working with country icon Ralph Stanley and LeAnn Rimes to remake the traditional standard “The Wayfaring Stranger.” As Premier said during the Q&A, “Pretty Lights and Crystal Method went through some shit.” But as Smith pointed out, the tense moments may have made for better cinema, and he even quipped about how his exchanges with Stanley looked way more awkward than he remembered, but ultimately he was happy with the song and his new experience in country.

It was a sentiment echoed by everyone on the panel, including Skrillex, who said all everybody on the panel wanted was to make good music. At the afterparty, where Premier and Ronson took turns DJing, Ronson spoke about the experience. “This is the first time I’ve seen anybody since the film,” he told Rolling Stone. “I felt a little bit of a camaraderie with the guys even though I only knew Premier from before now. I thought the Skrillex track turned out really well, and it was cool. It felt like, ‘I’m not embarassed to be a part of this thing.'”

From the ReGeneration premiere it was only a short walk to Avalon, where Blige was holding court before a celebrity audience that included Oscar-winner Forrest Whitaker, Malin Akerman, Paris Hilton, Afrojack and more. The occasion was a Belvedere Vodka event benefitting RED, which provides funds for fighting HIV/AIDS in Africa. The singer, as always, showcased her spectacular vocals on hits such as “No More Drama” and “You bring Me Joy.” And befitting the occasion, she delivered a standout cover of U2‘s “One.”

Following the show, Skrillex made his way over as well to DJ the afterparty. But for those who were not done celebrating, Will.I.Am was holding his own benefit concert, for the i.am angel fund. That’s what brought out Stevie Wonder, introduced by Will as “My brother.” Before sending another celebrity crowd, that included Jessica Alba and LeAnn Rimes, into the kind of ecstasy only he can, Wonder told of how he was thrilled to be there to help Will with all he’s doing for music education and beyond. Then it was time for him to slay the crowd, as he always does, with a short four-song set highlighted by “Livin’ In The City” and “Superstition.”

While the party kept going strong, as all of Hollywood did, a night of music this diverse deserved a festival style headliner and Wonder is definitely that, so it made for an appropriate close to the evening.