One of the fascinating things about the modern-day music industry is that an artist in one small corner of the world can find global success overnight. When it comes to music discovery, curation is crucial, and platforms like Spotify’s international emerging artist program, RADAR, keep eager fans plugged into what’s hot and who’s up next in every genre around the world.

For Australian native, The Kid LAROI, his pop-rock hit “Without You,” remixed with a guest appearance from Miley Cyrus, underscores why he’s a major streaming success right now. His sincerity is what draws you into his music, much in the way that fans have gravitated towards rising German powerhouse Zoe Wees and her anthemic “Girls Like Us.”

Aside from solo acts, the synergy between emerging talent has proven that the cliche “teamwork makes the dreamwork” still holds. South Korean boy band TREASURE and their aptly-titled album intro “My Treasure” is still growing legs months after its release, as is the wholesome hymn “La Pregunta del Millón” by Mexican regional standouts Los Dos Carnales.

Those tracks scratch the surface, but there’s plenty more out there that’ll catch your ear. Below, you’ll find ten aux cord-ready gems by artists that should be on your radar for the foreseeable future. 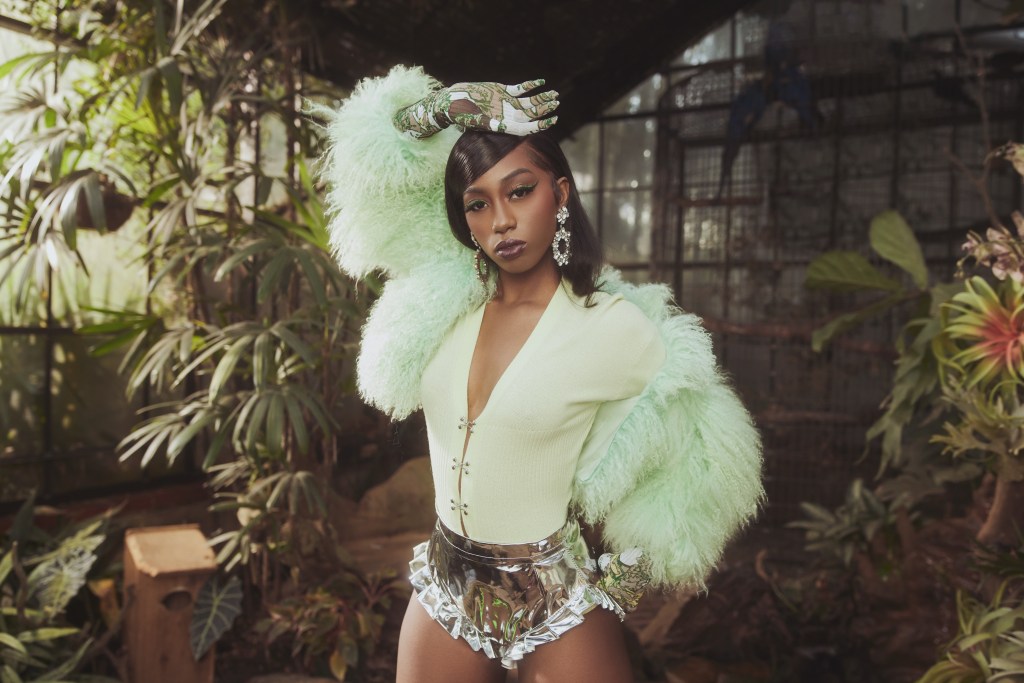 Flo Milli is one of the latest to bubble up from Alabama’s oft underappreciated rap scene. The 21-year-old spitter, characterized by her greasy lyrics, exuberant confidence, and cartoonish tone, got hot off of her rip of Playboi Carti’s “Beef” featuring Ethereal. She followed that up with a sugar trap anthem deemed “In The Party,” a standout from her debut mixtape Ho, Why Is You Here? in 2020. Currently sitting at over 90 million streams, the track’s orphic bounce has made it her biggest song to date, and its success is a testament to the fact that Flo Milli’s potential for future domination is through the roof. 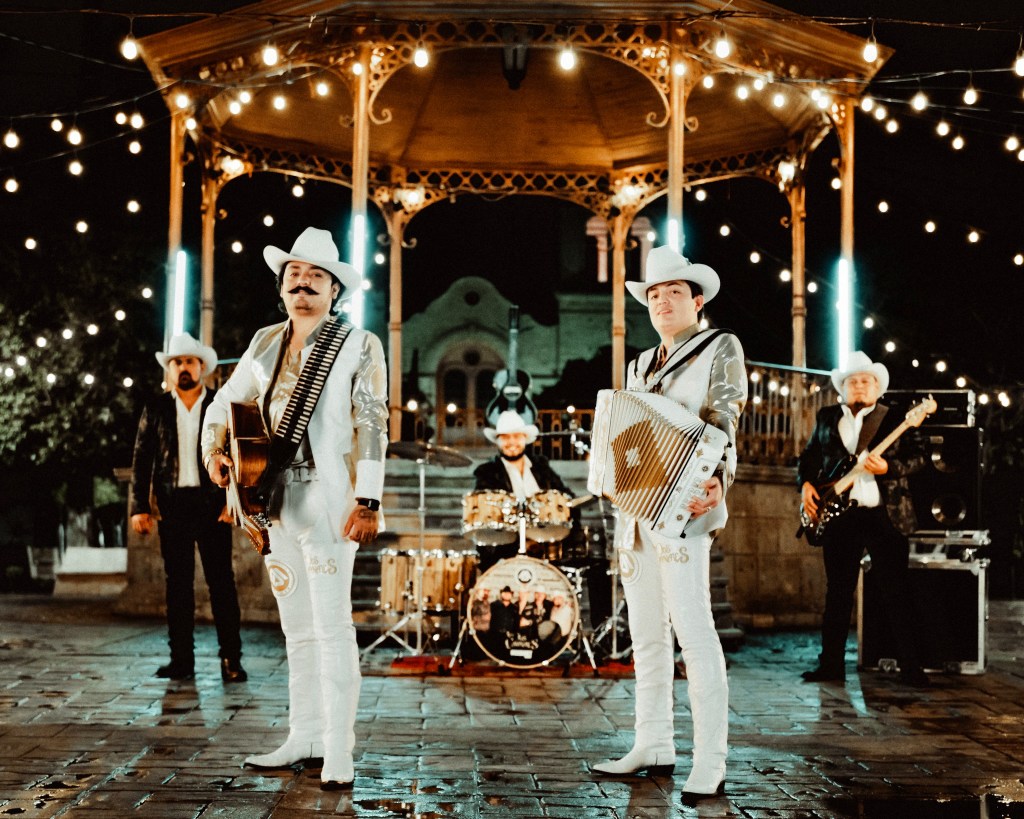 The Mexico-based group Los Dos Carnales – fronted by brothers Poncho, 28, and Imanol Quezada, 21 – is reminding global audiences that the country’s regional sound is alive and well. About five years ago, the duo was discovered by singer El Fantasma. Soon after, they made the jump from local heroes in their hometown of Coahuila to bonafide, international stars. The 2021 release of “La Pregunta del Millón,” fortified by plucking strings and high-pitched accordion melodies, reflects their desire to pump life into their homegrown “norteño” genre. 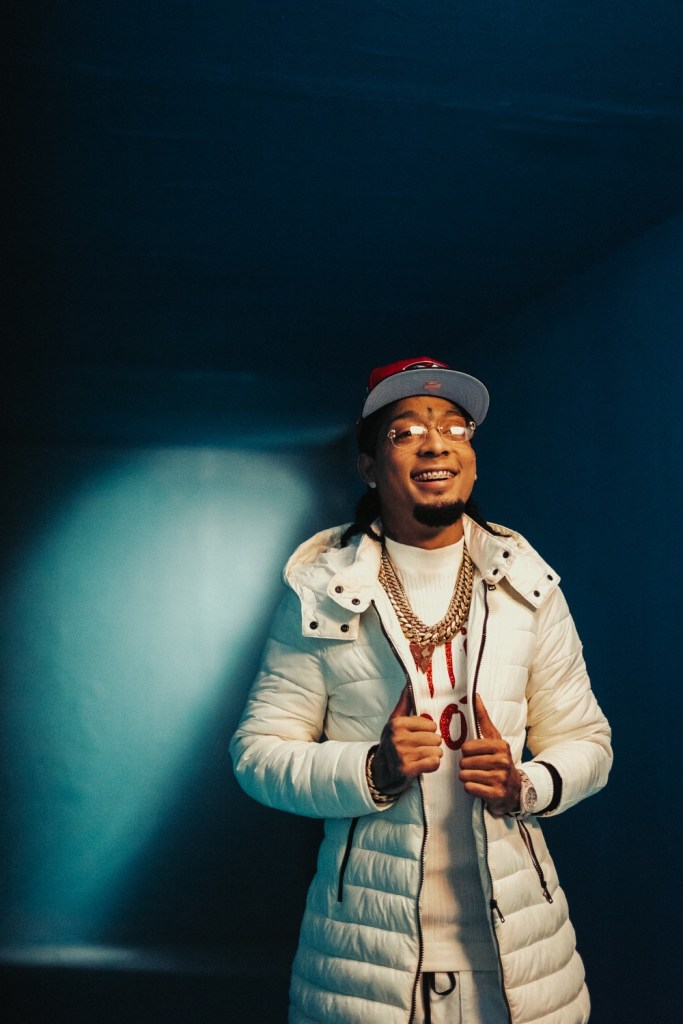 Hailing from the Dominican Republic, 42-year-old Rochy RD takes pride in being a new representative of Creole rap. The spitter has been cooking his career up since 2018, making a name for himself by recreating Dej Loaf’s “Try Me” on his breakout track “A Veces No Tengo Money” and following up with head-thumpers like “Rumba” and “Coronao.” Thus far, his most significant stride comes on the heels of “Ella No Es Tuya,” a track that’s amassed 4 million plays on Spotify. The remix, triple-teamed by Rochy, Myke Towers, and Nicki Nicole, is an addictive hit that deservingly has catapulted the song’s play count above the 150 million stream mark on Spotify. 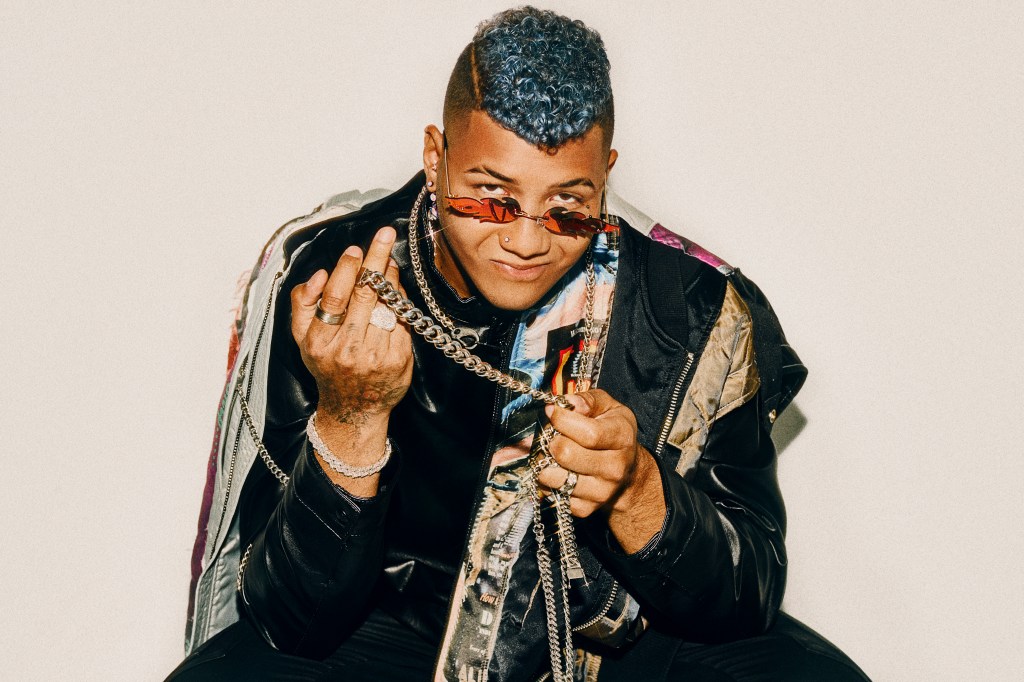 Boza has made a name for himself in the Panamanian music scene by seamlessly stirring dancehall and R&B with the country’s homegrown Latin subgenre, “canela.” The title track of his 2021 EP Ella comes after the wildfire success of earlier records like “Bandida” and “Hecha Pa’ Mi.” Boza’s groovy reggaeton number about a woman that’s allured him has notched well over 6 million plays on Spotify and counting. By crafting music that simply feels good, tracks like this have gone viral, creating an unavoidable presence that’s caught the attention of European and American audiences alike. 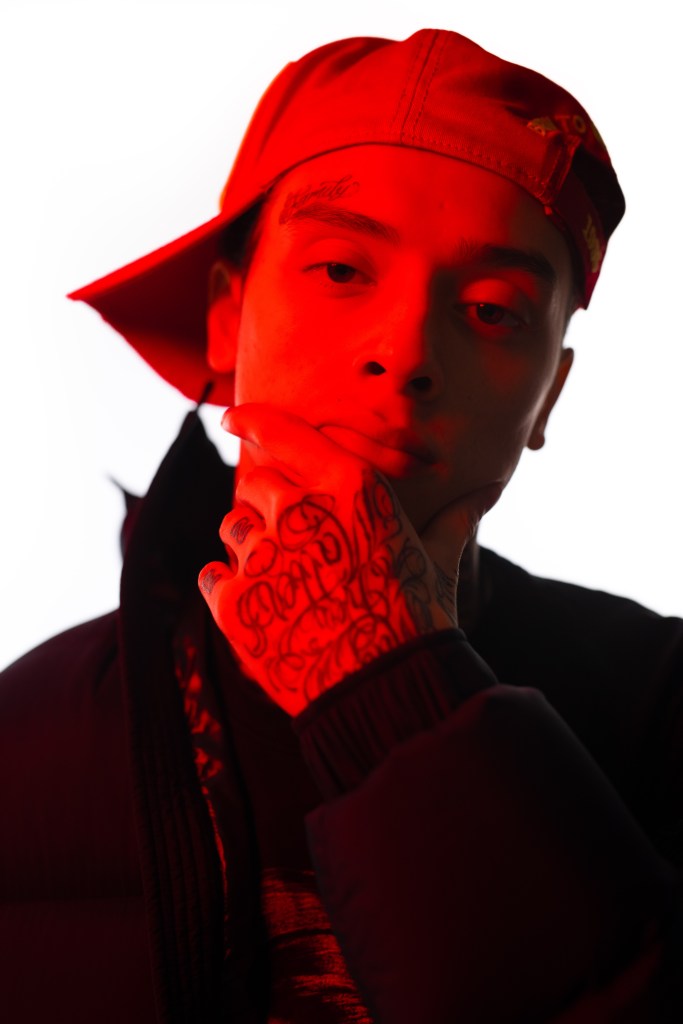 22-year-old London-native Central Cee had dreams of kickstarting his musical journey as early as eight years old when he dove into his father’s hip-hop collection. Once he grew older, the success of tracks like “Loading” and “Day In The Life” gave the drill rapper a real opportunity to do just that. In March of this year, he unleashed his debut mixtape Wild West, led by “Commitment Issues.” The song’s staticky 808s set the scene for Cee’s candid confession of infidelity that hit home for drill fans across the pond, and its popularity has catapulted the record to an impressive 30 million Spotify streams. 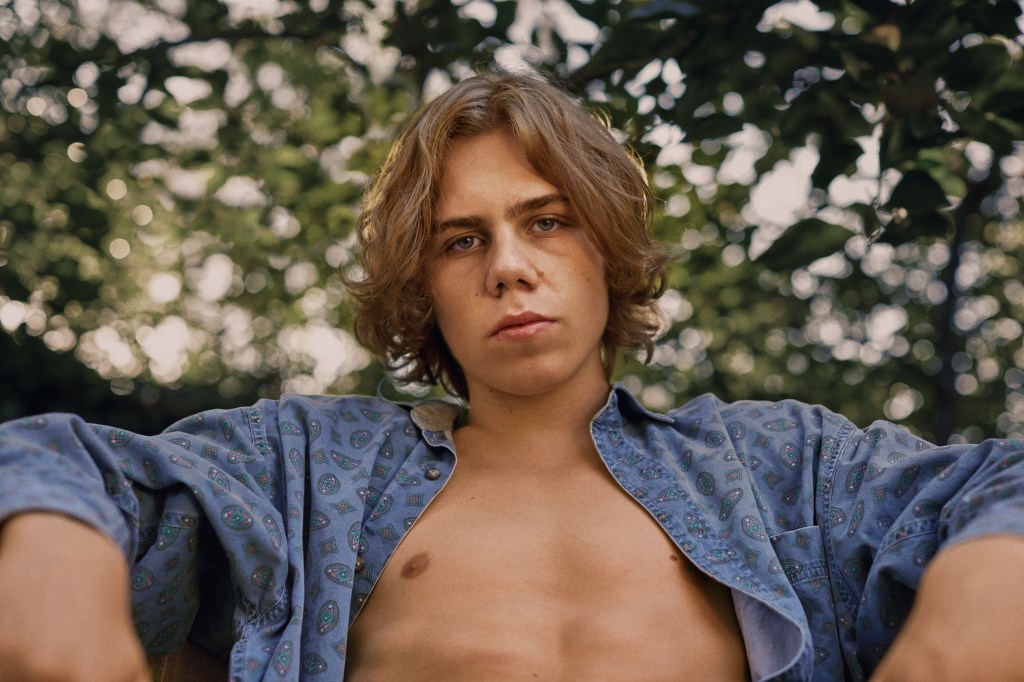 The Kid LAROI – “Without You”

At only 17 years old, The Kid LAROI is settling into his role as a global streaming breakout. With a jubilant track called “Blessings,” the Waterloo, Australia native erupted onto the scene and signed with Lil Bibby and G Money’s Grade A Productions in partnership with Columbia Records. The string-dominant “Without You” was elevated by a 2021 remix featuring Miley Cyrus and housed on the deluxe edition of the rookie’s debut mixtape F*CK Love (Savage). LAROI’s remorseless lyrics, impassioned crooning, and ability to blend genres have helped the song eclipse a whopping 400 million streams on Spotify to date, with no signs that the tally will slow down any time soon. 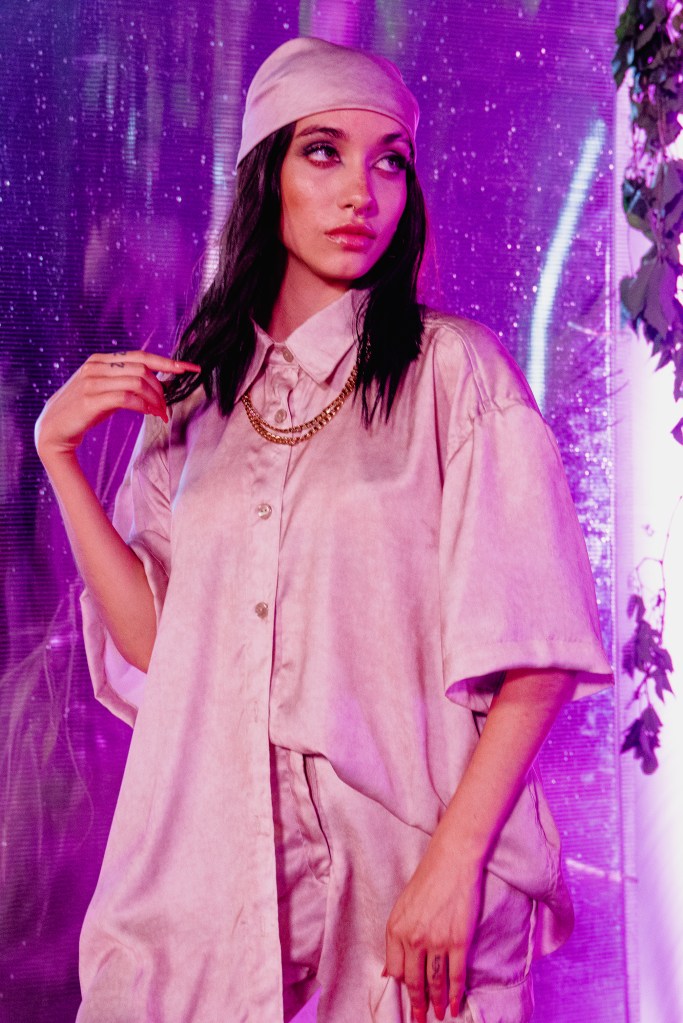 Argentine singer Maria Becerra knew that music was in her future at only seven years old. She’s since leveled up her skillset from dancing to writing to performing, and now at the age of 21, the 300 Entertainment signee is finally reaping the benefits. Her Cazzu-assisted smash “Animal” fuses rap and reggaeton as she bounces between the themes of self-confidence and unapologetic macking. If the record and its 37 million Spotify streams are any indication of Becerra’s future trajectory, then she’s poised to be the next artist to watch out of a country that’s already gifted us with Cazzu and Nathy Peluso in recent memory. 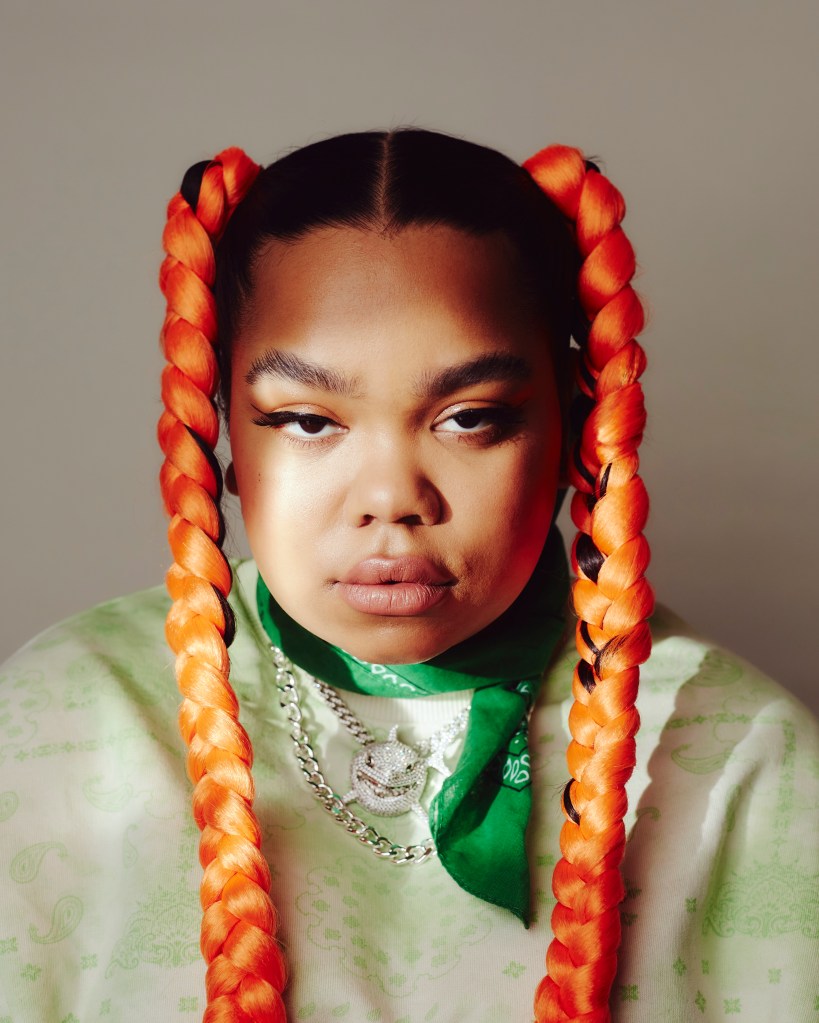 “Control,” Zoe Wees’ first song out of the gate, was a certified international hit. The German popstar’s follow-up “Girls Like Us” was buoyed by a woofing drum cadence that propelled her to a staggering 63 million Spotify plays and an appearance on The Late Late Show w/ James Corden. Released in January 2021, the record is a poignant commentary on the restrictive beauty standards that society imposes on women, with the 18-year-old’s euphonious vocals magnifying the song’s triumphant message. Her forthcoming EP Golden Wings drops tomorrow, and if we’re lucky, the project will prove that there are more spirit warming odes where this one came from. 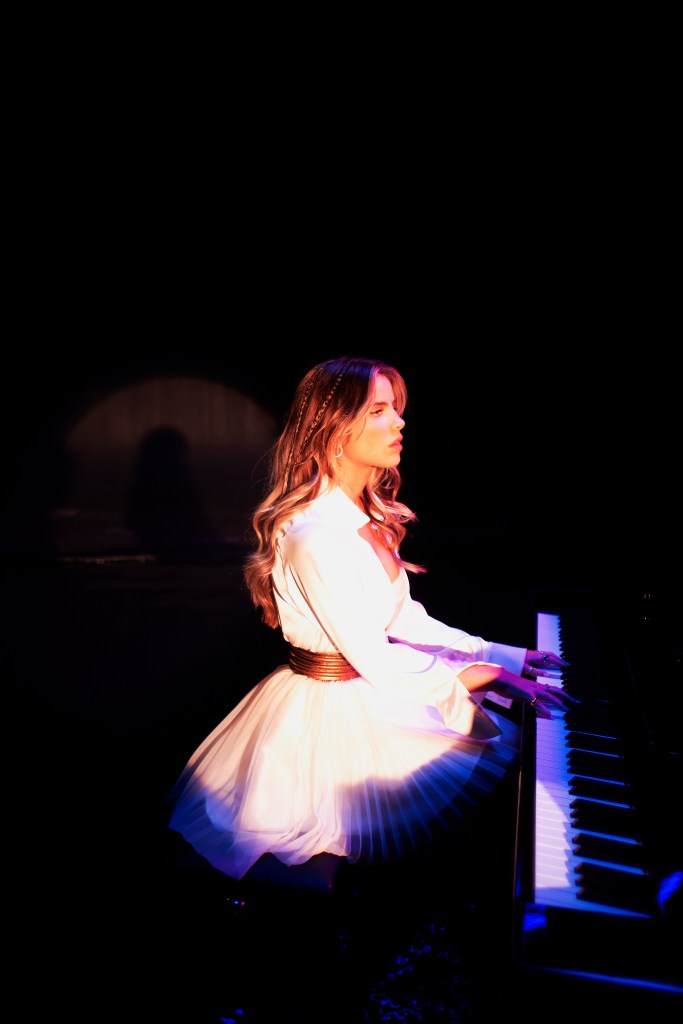 Giulia Be’s burgeoning music career appears to be off to a promising start following the release of her debut EP Solta. The 21-year-old artist first began to conquer the Latin airwaves with amped-up chorales like “Menina Solta” and “(Não) Era Amo.” The same ripping voice that elevates those records is the key draw of her 2020 release “Inolvidable,” a piano-guided pop ballad about attempting to find closure after the conclusion of a heart-wrenching situationship. 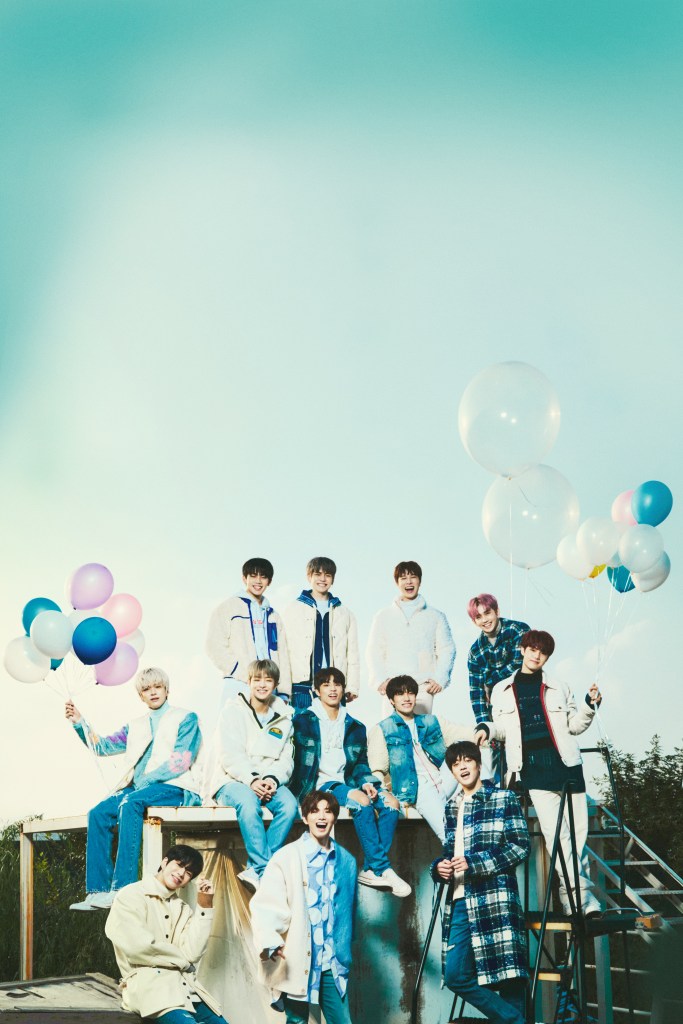 Ask any music fan from their home country of South Korea, and that person would likely tell you that the 12-man collective known as TREASURE is up next. Formed from the 2018 reality TV show YG Treasure Box, the group debuted in the summer of 2020 with “Boy,” and they’ve yet to cool off since. After much anticipation, their debut album The First Step: Treasure Effect finally arrived at the top of 2021 to the delight of K-pop stans worldwide. The project’s intro, “My Treasure,” is an optimistic ear-worm about finding clear skies through the clouds that currently sits at over 11 million streams on Spotify.

To hear more breakout tracks from artists that are making waves across the US and the globe, you check out Spotify’s RADAR hub HERE.