Chris Cornell couldn’t have sounded more coy when he introduced Soundgarden‘s performance of their biggest LP, Superunknown, at a New York City show last night. After all the aplomb of raising a red curtain to reveal the album’s iconic “screaming elf” cover art, he tried to temper the audience’s expectations. “I think we should just kind of take it at a relaxed pace,” he said nonchalantly. “We’re not going to rush through the songs like it’s a normal rock show. . . We’re just enjoying a record we wrote 20-plus years ago.” Then he and his bandmates pummeled their way into a particularly muscular and aggressive take on the album’s opening salvo, “Let Me Drown,” completely putting to rest any notion that the show was “no big deal.”

As Cornell recently told Rolling Stone, he does not usually like nostalgia and he does not like looking backwards, but since he and his bandmates have compiled the deluxe, remastered 20th anniversary edition of Superunknown – out today – and even played the album once in full before, he’s come around. The concert itself, which took place at New York’s 1,500-person-capacity Webster Hall and was presented by Citi at the very nostalgic ticket price of $19.94 (nostalgic not just for referencing the year, but for a time when Soundgarden concerts cost under a $20 bill), felt surprisingly current. Part of that, however, had to do with the way the group presented the songs.

Early in the set, just before “Black Hole Sun,” Cornell  quelled fans’ worries that the song would be just a short recital of the album. “You guys got tickets for this and you came down to see it, and the album is 74-plus minutes, which is over an hour, but that’s not proper rock show length,” he said. “So we’re stretching it out for you.” And they did with elongated versions of some songs and new arrangements. Rather than attempt to replicate Artis the Spoonman’s percussive cacophony on “Spoonman,” the group added a noisy cadenza to the piece with Kim Thayil playing plinky guitar sounds and heaps of feedback. The album’s short, avant-garde stop-gap track “Half,” which on record features bassist Ben Shepherd, howling like a lost Martian became a lengthier, heavier instrumental. 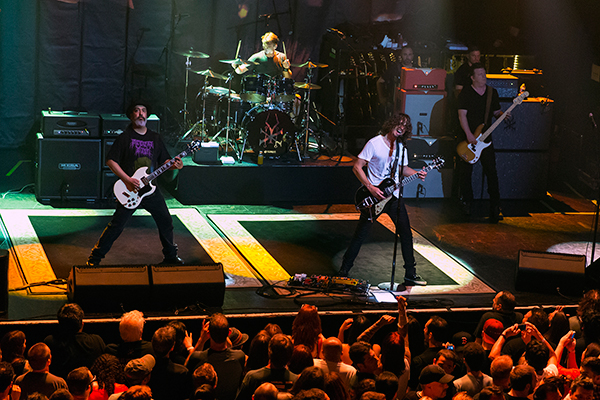 And before many tracks, which were listed on set lists before each band member, Cornell told stories about how they came together. “Mailman” was based on an idea about a disgruntled postal worker hatched by drummer Matt Cameron (who played, despite previously saying he would not make Soundgarden’s 2014 shows) and “Fell on Black Days” is the only track in standard guitar tuning (“It shouldn’t have even been on the fucking record,” Cornell joked).

Throughout the entire concert, the band sounded tight and energetic – belying any wariness about playing the album – and Cornell’s voice was the star. Throughout the record, he hit the album’s cutting highs and even gave a few growls here and there. The energy seeped into the audience, and during several songs concertgoers moshed on the dance floor – the weekly property of Ladies’ Night in New York – to “Spoonman,” “The Day I Tried to Live” and “Kickstand.” There was even a crowdsurfer during “Half.” When the group was done with the album, ending with album closer “Like Suicide,” they left curtly and Cornell said next time they performed at Webster Hall it would be to play their most recent album, King Animal, as he held out his King Animal shirt. 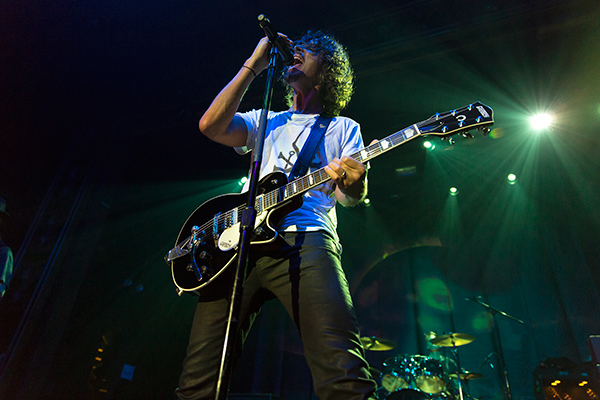 But the abruptness of the ending led to cheers for an encore. Eventually, the band obliged – something they did not do at the previous Superunknown performance. To close out the night, the band played two tracks from Superunknown’s 1991 precursor, Badmotorfinger – “Outshined” and “Rusty Cage.” The audience moshed and clapped along to both, and when the band was done, Cornell simply said thank you and they all walked offstage. But despite all of the band’s casualness between nearly two hours’ worth of heavy Nineties alt-rock, they did stay true to one promise Cornell made during his casual intro – it was not a “normal rock show.” It was much better.