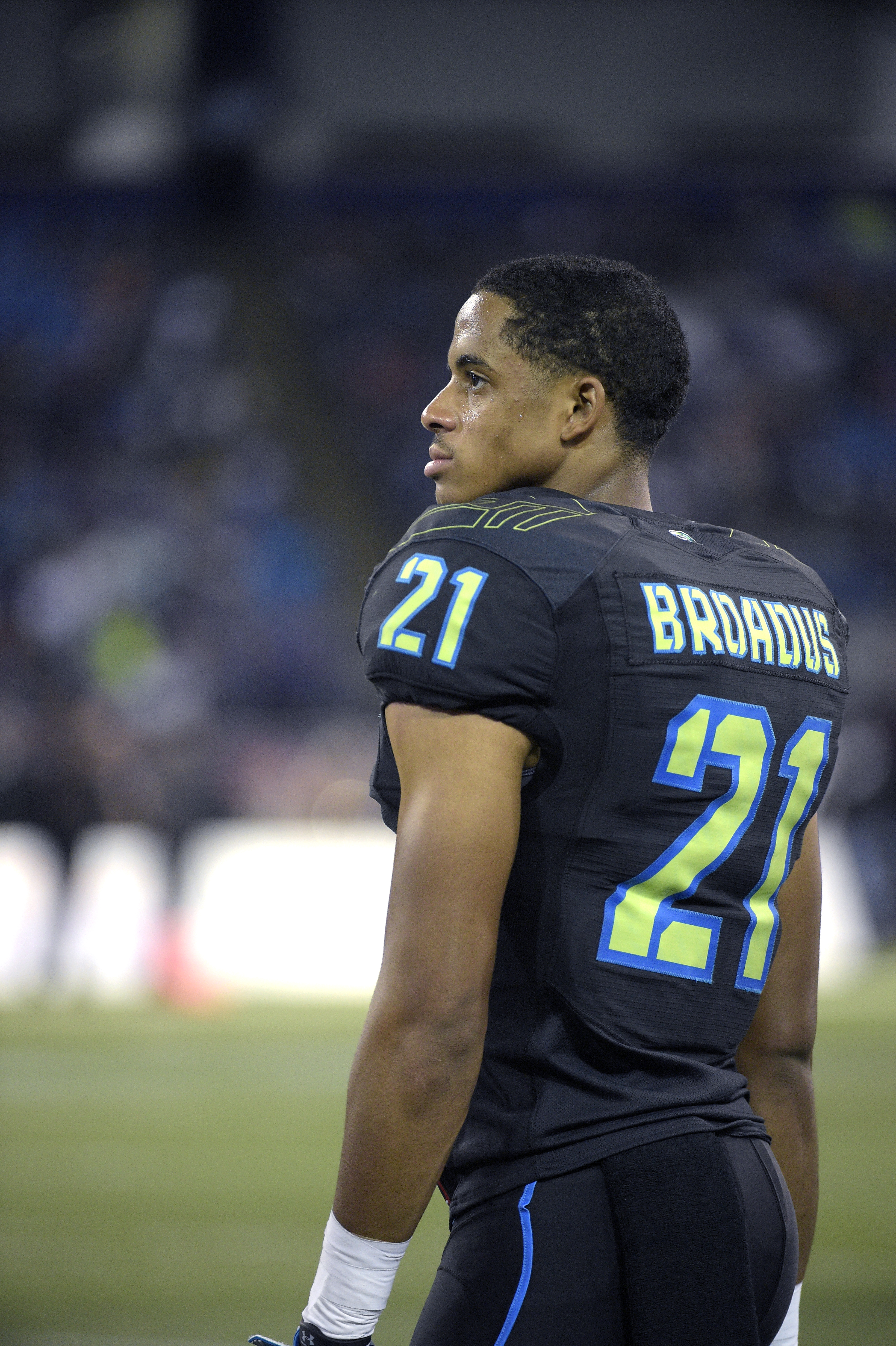 As one of the ESPN Top 300, Broadus had plenty of scholarship offers, though in the end, he narrowed his choices down to the USC Trojans, or their Pac-12 rivals, the UCLA Bruins. What makes Broadus’ decision unique is that his father just so happens to be the Doggfather himself, Calvin “Snoop Dogg” Broadus – a well-known supporter of the Trojans.

Byron Cowart and the Ridiculousness of College Football's Signing Day

Despite that, his son instead opted for the gold and blue of the University of California, Los Angeles, ESPNU reports.

“I feel that UCLA is the best fit for me,” Broadus said during his announcement. “I had the offer since my ninth-grade year, so I had a great connection with the coaches. I just want to play in front of my family and keep ballin’ out on the field and get a great degree.” UCLA has become somewhat of a magnet for the athletically blessed children of hip-hop royalty: Last Signing Day, the Bruins also added a defensive back named Justin Combs, the son of Sean.

Snoop, who actually traded in his USC garb and wore a UCLA jersey for his son’s announcement, told ESPNU that despite the hardened rivalry between the two Los Angeles-area universities, “It’s been awesome just watching him step into manhood and make a decision that he’s comfortable with.” Snoop and Cordell’s recruitment journey had been part of a five-episode ESPN series called Snoop & Son: A Dad’s Dream.

Cordell Broadus’ decision not to go to USC also means he won’t be able to take classes at that university’s Academy for Arts, Technology and the Business of Innovation, a program founded by Jimmy Iovine and Snoop’s mentor Dr. Dre.