The Smithsonian announced a Kickstarter page on Tuesday to raise funds for the nine-CD Smithsonian Anthology of Hip-Hop and Rap. The compilation is a joint project between Smithsonian Folkways Recordings, the National Museum of African American History and Culture and an executive committee containing prominent members of the hip-hop community like Chuck D, the Roots drummer Questlove and producer 9th Wonder.

“The Kickstarter campaign to produce a hip-hop and rap anthology is one of the most important projects on contemporary history that the Smithsonian will ever undertake, because it shows that the Smithsonian’s work is as much about today and tomorrow as it is about yesterday,” said Lonnie G. Bunch III, founding director of the National Museum of African American History and Culture, in a statement.

100 Greatest Hip-Hop Songs of All Time

“Hip-hop is a musical revolution that embodies the voice of an entire generation,” he continued, “and that’s why it’s important for the museum to partner with the hip-hop community and Folkways Recordings to tell this story. Hip-hop helps us to understand the power of black music and the impact of African American culture on the world.”

“The story of hip-hop is one of great triumph and evolution, and it represents the very best of black music tradition,” added Chuck D.

The Smithsonian Anthology of Hip-Hop and Rap promises to both “explore important issues and themes in hip-hop history” and “provide a unique window into the many ways hip-hop has created new traditions and furthered musical and cultural traditions of the African diaspora.” When considering the track list – over 120 songs – and sequencing, the executive committee solicited advice from more than 50 artists, scholars, DJs, photographers, filmmakers and industry insiders. The music will also be accompanied by a 300-page booklet including photos from the the National Museum of African American History archives. 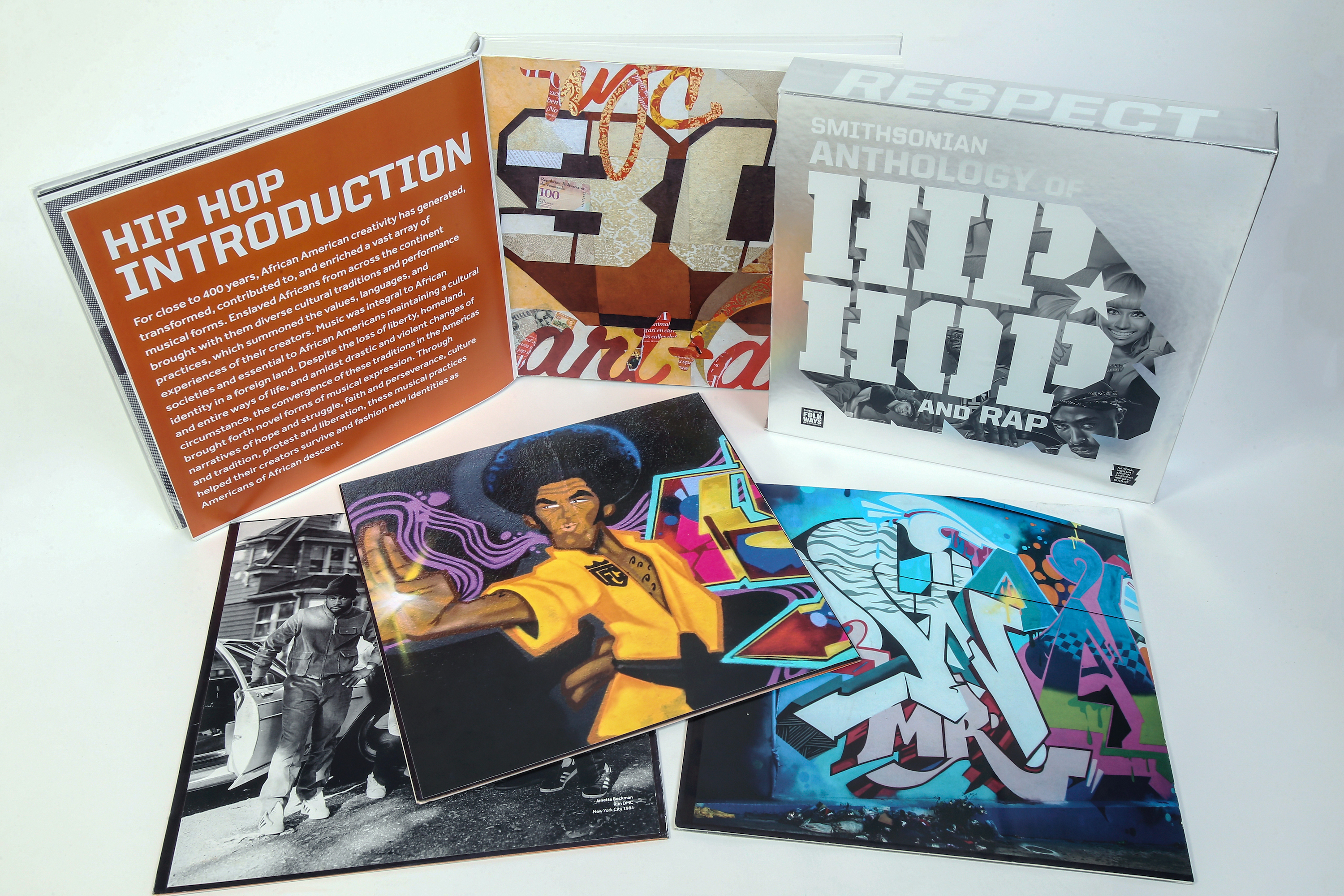 The Smithsonian hopes to reach $250,000 in donations. Organizers are hopeful to fund the project, but stress that the box set will remain active should they fall short. “If the funding goal is not met, we’ll remain dedicated to producing the Anthology, but it will be delayed until the required funding is secured,” they write. “There is very little that stands in our way of meeting this goal once we have the funds in hand. We have an actionable plan, a realistic timeline, and – most importantly – the in-house expertise to get the job done.”

A pledge of $100 or more earns donators a copy of the compilation, which is slated for a December 2018 release. At the highest level, a donation of $10,000 or more earns a tour of the museum led by Questlove.