Early bird tickets for the fest are available now through Ticketmaster, but anyone under drinking age, be warned: According to the San Gabriel Valley Tribune, this year’s Hard Day of the Dead fest has imposed a strict 21+ age limit and an 11 p.m. curfew in order to avoid Los Angeles County’s crackdown on electronic dance music festivals.

The countywide ban on EDM festivals comes after two teenage girls died from suspected overdoses at another HARD event in early August. The incident led to the cancellation of the one-day A Night of a Fairplex EDM fest in September, but Live Nation, which run the Hard fests, agreed to place age limitations and cap attendance at 40,000 festivalgoers for the Day of the Dead event as a compromise with county officials. Live Nation also agreed to provide increased security, medical services and access to free water as well as produce and distribute drug education at Hard Day of the Dead. 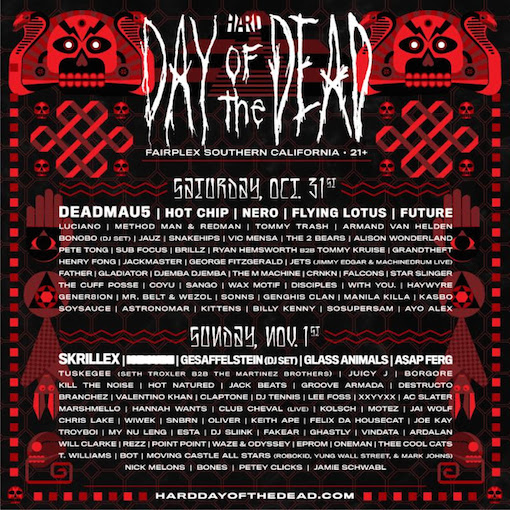