A lock of John Lennon‘s hair, snipped from the Beatle’s head in 1966 and kept by a hairdresser for nearly 50 years, has hit the auction block. Dallas-based Heritage Auctions is offering up the unique item, which currently has a high bid of $12,000. The auction concludes February 20th.

According to Heritage, the “significant lock” of Lennon’s hair was trimmed in September 1966 on the German set of the film How I Won the War, the Richard Lester-directed film where Lennon, in his only non-musical acting role, played Musketeer Gripweed. Klaus Baruck, the film’s hairdresser, snipped the four-inch lock of hair and preserved it for nearly 50 years. Heritage adds that this is the “largest lock of Lennon’s hair” to ever hit the auction block, and that Baruck’s haircut took place just a month after the arrival of the Beatles‘ Revolver. 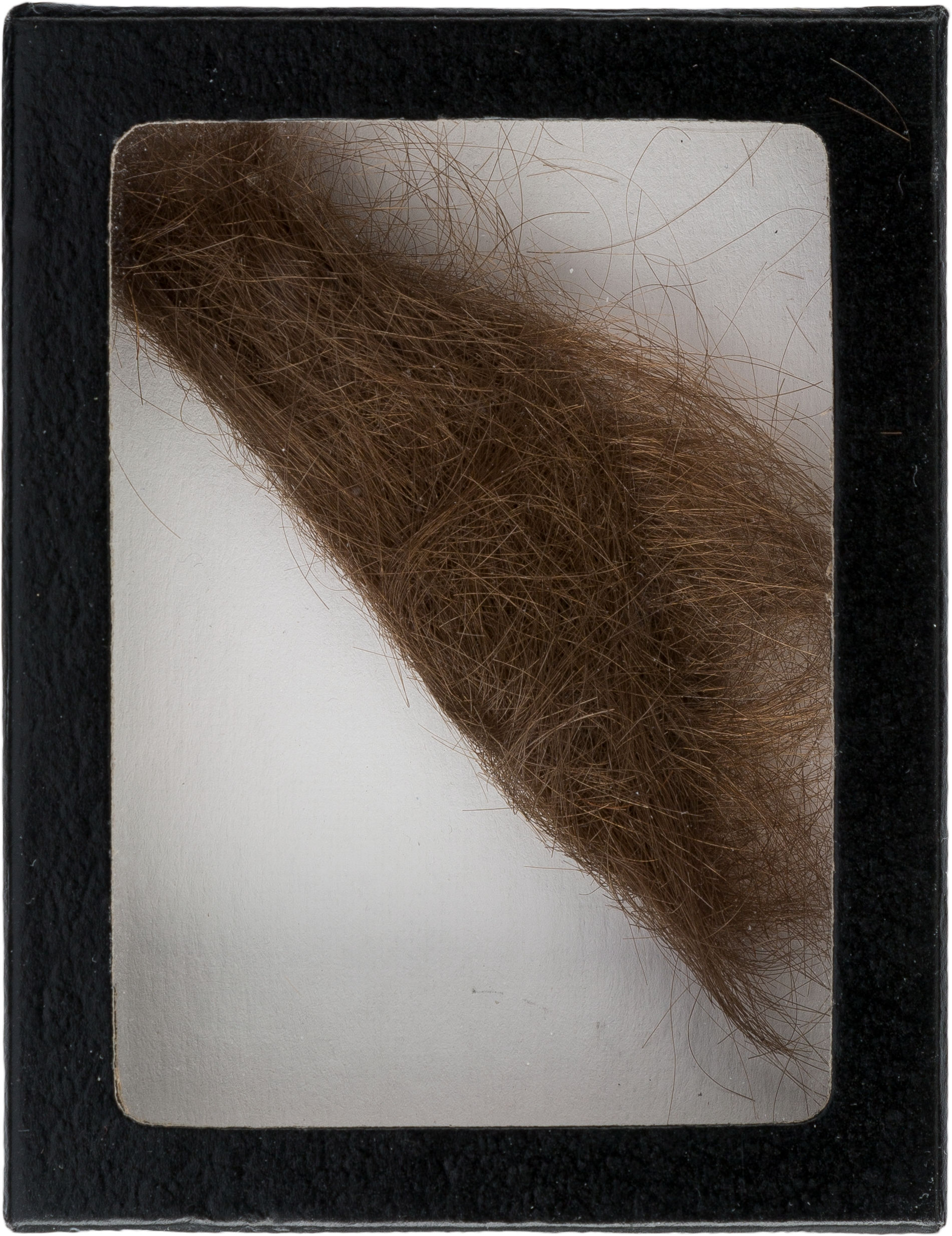 The auction also includes a variety of items that lend provenance to the lock of hair: An issue of the German newspaper Bild, dated September 7th, 1966, that shows Lennon with his newly cropped haircut – marking the end of his iconic Beatles mop-top – as well as photo of Baruck holding the locks of Lennon’s snipped hair. Another newspaper – Bild am Sonntag with a date of September 11th, 1966 – shows Baruck giving Lennon the haircut.

Other items in the Heritage auction include an LP copy of Please Please Me signed by all four Beatles, an autographed photo of the Fab Four performing in Liverpool in December 1963 and a pristine copy of the Beatles’ Yesterday and Today featuring the album’s controversial “Butcher” cover.