Shrek fans can finally listen to the film’s beloved soundtrack on vinyl. The reissued album will be available on August 2nd. The soundtrack features Smash Mouth’s “All Star,” Rufus Wainwright’s cover of “Hallelujah,” Baha Men’s cover of “Best Years of Our Lives” and both Smash Mouth and Eddie Murphy’s versions of Neil Diamond’s “I’m a Believer.” A limited edition lime green vinyl will be available for purchase along with the wider-release black vinyl. 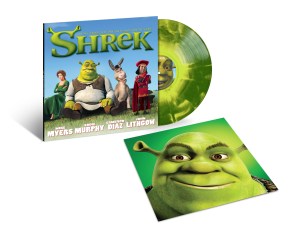 Upon its release in 2001, Shrek was notable for its uses of covers and modern pop songs, a then-rarity for children’s movies. “Most music [for animated features] was composed, or the songs were created for the movie,” Shrek co-director Vicky Jenson tells Rolling Stone. “Most of the Disney animated movies had original songs and were thought of as musicals. Both [co-director] Andrew [Adamson] and I loved independent film and were influenced by ones that used current song that helped illustrate an emotional moment. It wasn’t really done in animation.”

The Shrek franchise yielded four films, the most recent of which was 2010’s Shrek Forever After. In 2011, the spin-off Puss in Boots was released. A musical adaptation of the first film was on Broadway from 2008 to 2010.  Last year, Variety announced that both Shrek and Puss in Boots would be rebooted though no further details have been revealed.