Family, friends and fans of Sharon Jones will come together later this month at a pair of memorial services for the singer in her two hometowns: Brooklyn, New York and Augusta, Georgia.

The Brooklyn memorial, which will “celebrate the singer’s life and endless spirit,” will take place Wednesday, December 14th at the Brown Memorial Baptist Church.

Three days later, on December 17th, Augusta’s Imperial Theater will hold their own tribute for the Dap-Kings singer. Jones was raised in the Georgia city before moving to the New York borough as a child.

In lieu of flowers, it’s requested that donations be made in Jones’ honor to the Lustgarten Foundation, James Brown Family Foundation and Little Kids Rock.

Jones died November 18th following a long battle with pancreatic cancer. She was 60.

“We are deeply saddened to announce that Sharon Jones has passed away after a heroic battle against pancreatic cancer,” the singer’s rep wrote at the time. “She was surrounded by her loved ones, including the Dap-Kings.”

“Sharon Jones had one of the most magnificent, gut-wrenching voices of anyone in recent times. She’ll be so missed. Too sad,” Mark Ronson tweeted after Jones’ death. 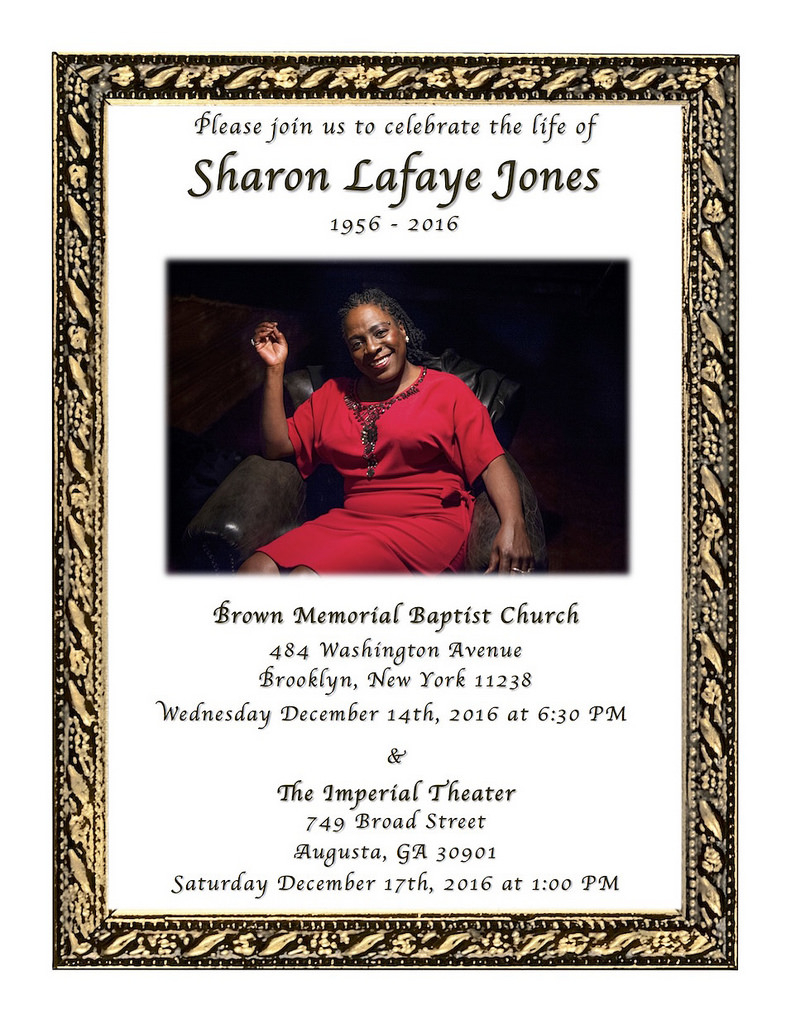