Former Runaways guitarist and heavy metal icon Lita Ford recounts her life story in her new memoir Living Like a Runaway. But beyond the sex, drugs and rock & roll lifestyle Ford recounts in her typical candid style, the singer-guitarist also details a hardscrabble life marked by domestic abuse, the death of her parents and the myriad struggles of being a female musician in a male-dominated genre and industry. It’s a fascinating read that’s alternately sordid and poignant, standing as both a time capsule of Seventies and Eighties rock hedonism and a trailblazing story of a female rock pioneer.

In this exclusive excerpt, Ford recalls her days in London with the Sex Pistols; a time marked by sex, murder and an unpredictable Sid Vicious.

When we were finished with the 1978 European tour, Sandy, Joan, and I went to live on a 90-foot navy-blue houseboat in London on the Thames River. We originally went to London thinking we were going to stay there and record our next album with a British producer named Phil Wainman, who had worked with the Sweet. But to be honest, again, no one really told us why we were there. Although I loved England and could have stayed there forever, I didn’t realize we weren’t confirmed to record with Wainman. Joan, Sandy, and I were not the right combo to pull in this guy to produce us. By that point, we were all doing too many drugs and hanging out with British punk rockers who were doing too many drugs. We scared him away before we even got started.

John Lydon and His Rotten Past

The houseboat was next to the Battersea Bridge, off King’s Road, which was full of shops, restaurants, pubs, and cool places. More important, we were right down the street from where the Sex Pistols lived. It was a prime spot for trouble. 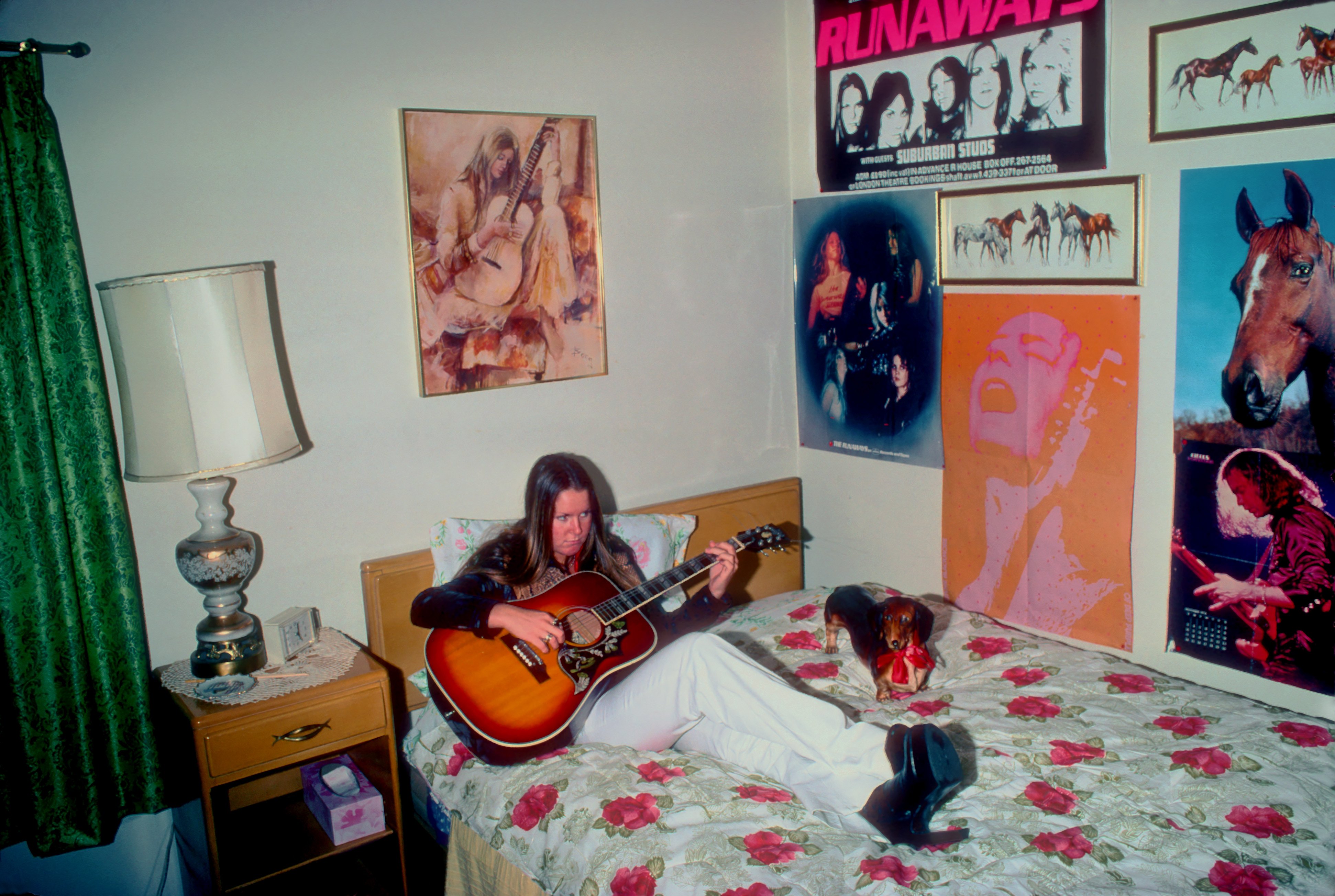 We were deep into the punk era at the time when “God Save the Queen” by the Sex Pistols came out. Sid Vicious, his girlfriend, Nancy, the drummer Paul Cook, and the guitarist Steve Jones would come to the houseboat all the time. Sometimes I loved having them there, but sometimes it made me uptight. It just depended on what drugs they were using, I guess. Sid was frightening and fucked up, although.

I could see a handsome little boy underneath all the razor-blade gashes and scars.

One time, I was just sitting on the sofa doing nothing and Sid walked in, very angry. He pointed his finger at me and yelled, “You!”

“You ripped me off!” he yelled again.

“Ripped you off of what? What are you talking about, Sid?”

Sid was in torn clothing with writing on his shirt. His hair was short and going in every direction possible. He was bleeding from where he had carved words and people’s names in his arms and chest. What a mess. He just kept yelling that I’d ripped him off.

He did have a similar necklace, and he probably lost his. I was nervous as hell because he was not in his right mind. He was so fucked up! For some reason, Sid walked over to Nancy. They sat down, and then he dropped the necklace issue right away. A few minutes later, Sid got up and went into the kitchen to make himself a peanut-butter-and-jelly sandwich. We only had peanut-butter-and-jelly sandwiches that whole summer, and when we were finished with them, everyone would throw the plates out the window and into the river. We never had to do dishes that way.

While Sid was in the kitchen, Nancy was standing next to me. She was gorgeous, normal and kindhearted. I couldn’t understand what she was doing with Sid at first, but when Sid wasn’t fucked up he was a really kind, gentle soul, so it started to make more sense. Nancy took a step closer to me, and that’s when I realized she was coming on to me. I thought, Oh shit! What if Sid finds out? He’d either kill me or join in. I wasn’t interested in either scenario. I told her, “You’re very beautiful, Nancy. And I like you very much as a friend. But I’m not into girls.”

She dropped the conversation when Sid came back into the room. I was really uncomfortable, so I went downstairs. I was changing my clothes when Paul Cook walked by my room. He must have been using the restroom. I didn’t know he was down there or I would have closed my bedroom door completely. But I’m glad I didn’t, because Paul, a very fair, handsome, blond-haired, blue-eyed drummer, saw me getting undressed through the opening in the door. I saw him and instead of covering myself, I locked eyes with him. He came into my room and I didn’t stop him. No words were spoken, but we started to make out with each other and ended up having sex. Amazing sex. We stayed together a few nights here and there, but mostly we were just friends.

Steve Jones was the most businesslike of the group. He had dark hair and wore a black coat, clean looking, not all cut up like Sid or Johnny Rotten. Steve had written us a song called “Black Leather,” and sometimes he and Paul Cook would get onstage and jam it with us. 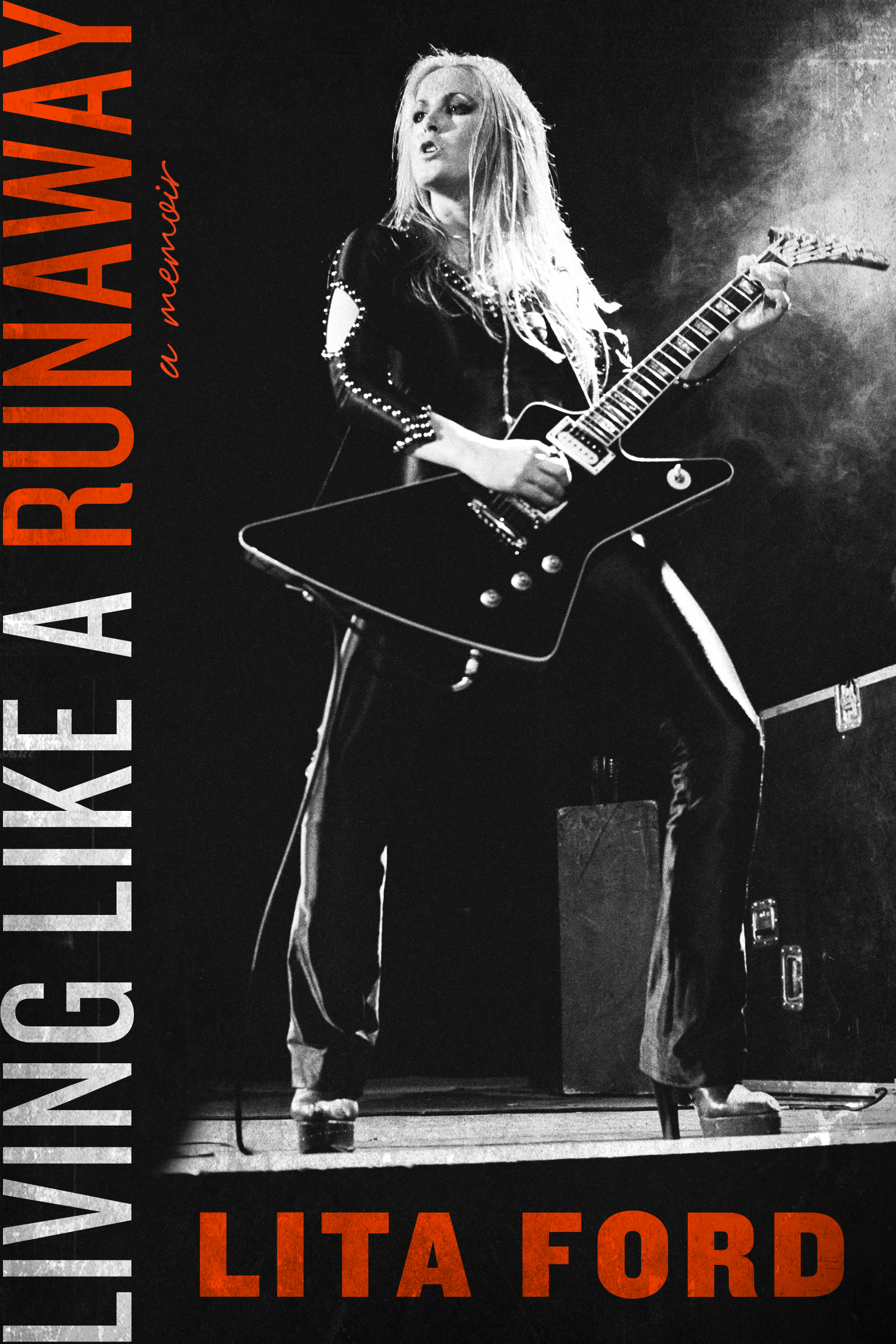 One day, Sid, Nancy, Sandy and I went over to Johnny’s house, which was within walking distance from the houseboat. When we arrived, I was shocked to see how fucked up his door was from fans who had spray-painted it and carved it up. I felt bad for Johnny. He was a recluse, and I couldn’t blame him. We knocked and rang the doorbell over and over again, but Johnny never answered the door. He might have been asleep or he might not have felt like answering the door. So Sandy, Sid, Nancy, and I left. We walked around the corner to a pub for a few drinks and went back to the houseboat.

The houseboat was a lot of fun but basically a waste of time. The Runaways were beginning to fall apart. We couldn’t get anyone to agree to produce us because there were so many drugs involved at that point. After a month, everyone left the boat and went home. Kim wasn’t around, so the hype around the Runaways had dropped. I stayed by myself a few extra days because I had relatives in London and wanted to see them. The boat felt really weird with no one on it but me. Like it was haunted. The doors would open and close by themselves sometimes because of the tide going in and out. I didn’t like it, so I packed up and went back home to Los Angeles.

About a month later, in October 1978, I heard the news that Nancy had been found dead on the bathroom floor of the Hotel Chelsea in Manhattan. At first I thought she must have ODed, but then I learned Sid had been arrested. More details started to emerge. Her arms had been tied to a towel rack and she had been stabbed. I was heartbroken. The press began reporting on Sid and Nancy, but they got it all wrong. In reality, Nancy was a sweetheart. She was a beautiful, down-to-earth girl next door. She wasn’t looking for anything other than a relationship, and she got sucked in by Sid’s charm. He was out of his mind a lot of the time, but under there, too, was a nice person with a big heart.

I don’t believe he meant to kill Nancy. I know he cared for her very much. Nancy was the love of his life. But Sid was so blown out of his mind on drugs that half the time he didn’t know what he was doing anymore. It may have started as a kinky sex game that went horribly wrong. Who knows what the hell really happened. Ten days later he attempted suicide and was put in the mental ward at Bellevue Hospital. Sid was destroyed when Nancy died, and I knew it was only a matter of time before he’d die himself of a broken heart, which sadly happened a few months later when he overdosed while out on bail.

Excerpt from Living Like A Runaway. Copyright © 2016 by Lita Ford. Reprinted with permission from Dey Street Books, an imprint of William Morrow Publishers.