It’s admittedly been a long time since I wrote this blog on the occasion of a Royal Birth!

My last, back in 1982, was little read–since of course the Internet didn’t officially exist at the time, and few of my forward-looking readers actually ­cared whether Judas Priest’s Screaming For Vengeance was any good! They just wanted to know what “blog” was short for! Dopes!

Still, on this historic day in 2013, I’d like offer my best wishes to the Royal Family; their charming new addition; today’s very best pop artists, who make writing a weekly record review column a sheer joy; and the gauchos, residents of the South American pampas, merely because I admire their clothes.

Now on to this week’s finest albums of the century! 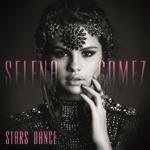 Selena Gomez: Stars Dance (Hollywood) To be frank, I have never especially cared much for Selena Gomez. Since her early appearances in Barney & Friends, a wonderful TV series dragged down only by her painfully gnawing effervescence, Gomez has seemed little more than a pretty pre-teen stepping into the same teen-pop role that her later bosses at Disney slickly established since the pioneering days of Annette Funicello and cult star Moochie. Still, much has changed since those early days: She’s apparently had a famous boyfriend or two, she lists her three favorite artistic influences as Bruno Mars, Ella Fitzgerald and Rihanna—hey, so do I!—and she reportedly finds much relevance in the fact that her name is an anagram for Gleam Zones! According to Wikipedia, a reputable source I often consult when puzzled by God’s very randomness, the genres she favors include pop, dance, electropop, dubstep and pop rock! I think she is a master of all of them, and would like to see her star in the next Dario Argento movie! That is, when she’s not rocking a bikini in Miami!

Joyce Wrice's Uptempo Reinvention: 'I Like Making Music People Can Dance To'

Otis Redding: The Complete Stax/Volt Singles Collection (Shout! Factory) I am completely enraptured with this great box set because—over the course of three CDs—the smart people at Shout! Factory have finally figured out the best possible way to market pop music’s infinite catalog is by sharply focusing one particular aspect of it. In this case? A splendidly designed set that features every single A-side and B-side recorded by the legendary singer in—and this is important—“its original, booming mono mix.” Cleverly assembled as a chronological 45 collection, housed in the classic greenish radio sleeves of the time and featuring identical replicas of each 45 label, it’s precisely the “thing” thing of this—meaning, even if you could stream these tracks in exactly the same sequence on, say, Spotify, it wouldn’t be the same—that makes it a compulsory buy for any solid R&B fan. It is an object of art, it houses classic music, and it is worth every penny you might spend. 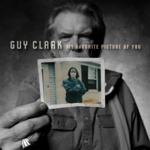 Guy Clark: My Favorite Picture Of You (Dualtone) You might not expect deeply moving recordings from older artists who’ve been out there for years, but the latest from Texas songwriter Guy Clark—a masterful, influential writer—has certainly produced that with this, his first album since the death of his wife Susanna, whose picture he’s holding up on the cover of this marvelous new album, and whose music here—particularly on the moving title track—will likely grab you by the heart and squeeze very hard. Raw, emotional, and surprisingly rewarding, the new set—his first in four years—is great stuff through and through. 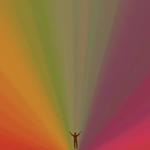 Edward Sharp And The Magnetic Zeros: Edward Sharp And The Magnetic Zeros (Community Music/Vagrant) Can’t say I’m deeply attached to this, the latest album by Edward Sharp & company, which tends to be all over the place, is a tad too immersed in ‘70s-sounding pop/rock/gospel etc., and sounds more like a concept that a genuine, rocking, fully emotionally-committed band, which is not a small thing. Especially since I’ve spend the last three years confusing them with Fitz & the Tantrums, but hey, that’s just me! Though I dug lead singer’s Alex Ebert’s work with Ima Robot, there’s something here that seems a bit studied, fake-joyful, and not altogether convincing. Perhaps if they rocked bikinis in Miami it would sound better! Oh well! 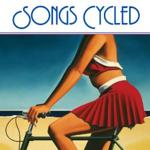 Van Dyke Parks: Songs Cycled (Bella Union) Borrowing the name of his original solo album Song Cycle—a pioneering cerebral set released in 1968 and later advertised as one of the worst-selling albums in Warner Bros. Records’ history—damn, everyone was pioneering—this new set, released on the habitually tasteful Bella Union label, conveniently collects and offers up the series of 45s Parks released in 2011-2012 in a solitary setting. It’s good stuff, creatively arranged and oozing with intellect, and like much of his post-Song Cycle solo work combines eclecticism, exoticism, Americana, and, if you listen hard enough, maybe a Trinidad steel drum band or two. Hugely creative, and, at age 70, still something of a mystery, Parks is one very fascinating artist.

The Smashing Pumpkins: The Aeroplane Flies High (Virgin) In the world of non-stop reissues and compilations of compilations, the Smashing Pumpkins have been fairly conspicuous: Billy Corgan & co. appear to have recorded and filmed virtually every pop, squeak and glinch they ever uttered, and this—a 6CD/1 DVD set—updates the 5CD version of the same set the band released in 1996 to even more glorious excess. It’s all surprisingly good, which is not incidental: Sometime during the last 10 years or so, I think there’s been an unspoken consensus that Corgan’s easily parodied vocal whine has not aged particularly well. Remove this music from the context of the time and you’ll see it’s not punk rock, it’s not grunge, it’s, if anything, art-rock, and thus entirely deserving of boxing and re-boxing throughout infinity. It’s a nice set, and it drives home the fact that as far as “classic” rock bands of the ‘90s go, this is about the last group that might be so sensibly anthologized before things started getting, er, shaky. 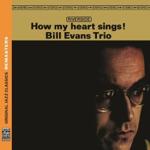 Bill Evans Trio: How My Heart Sings! (OJC Remasters) I continue to marvel at how long-lived the era’s best jazz recordings can be: Reissued yet again, remastered in 24-bit glory and including 2 previously-unissued tracks, is this 1962 Riverside Records gem by legendary jazz pianist Bill Evans, officially documenting his “new” trio following the death of his much-loved former bassist Scott LeFaro. Recorded at a dual session that also produced the more laidback Moonbeams set, as Doug Ramsey’s excellent new liner notes explain, Evans’ album is subtle, gorgeously melodic, and a fine example of one of jazz’s most exemplary artists making art largely because it is what he knows how to do best. Recommended. 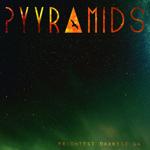 Pyyramids: Brightest Darkest Day (Paracadute) Managed to witness this band live and in our informal sub-studio setting at South By Southwest this year, and was quite impressed. A mutant combo unexpectedly featuring Tim Nordwind of OK Go and subtly soulful vocalist Drea Smith from Chicago’s electronic-leaning He Say/She Say, the band sounds like neither, purposefully evoking one or two familiar Brit bands of the ‘80s but dressed up in modern clothing thanks in part to the subtle and creative sonic mix. I suggest you see for yourself right here. 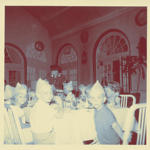 Jackson Scott: Melbourne (Fat Possum) In the same manner that I now listen with rapt attention to reissued/bootlegged copies of obscure ‘60s album I once dutifully ignored despite their bearing 33-cent stickers on the rare occasion I saw them in deleted record racks, I wonder how stuff like this—and it’s good stuff—will be perceived in 30 years or so. Scott, once from Pittsburgh and now in Asheville, North Carolina, plays rock with guitars, lots of them, sings, overdubs, writes songs with occasionally odd lyrics, and really sounds like he’s pursuing something interesting and not completely amorphous—always a danger when anyone can make a record in his or her bedroom, and often does. Mysterious, deliberately off at times, and worthy of repeated listenings, Melbourne is quite good.

Michael Jackson: Number Ones (Collectors Edition) (Legacy) Finally available in this new “Collectors Edition” format, this great set of 18 Jackson tracks includes the immortal 2003 edits of “Don’t Stop ‘Til You Get Enough,” “Thriller” and “Man In The Mirror” and—best of all—closes with the 2003 “live” edit of “Ben”! Enlarged to an 8” x 8” size similar to a mini-LP, the collection is perfect for your coffee table or book shelf! Sheesh—these guys are sitting on a gold mine!