Guitar company Fender has painstakingly replicated the Telecaster George Harrison played both in the sessions for Let It Be and in the Beatles’ farewell concert atop the roof of Apple Records headquarters. It has made 100 limited-edition copies of the guitar, reproduced down to minute details, which are available now.

The original guitar can be seen prominently during the Beatles’ performance of “Get Back” during the rooftop concert. Fender had custom-made two copies of the model and sent one to Harrison and Jimi Hendrix, with hopes they’d play them live. Hendrix died before he was able to play his, according to the Beatle’s son, Dhani Harrison.

The suggested retail price for one of the replica guitars is a hefty $12,500, but it is meant to reflect the level of attention to detail put into the instrument. Harrison’s family granted Fender Custom Shop Master Builder Paul Waller access to the Beatle’s instrument, a 1968 Rosewood Telecaster, and allowed him to examine, dismantle and effectively reverse-engineer it.

Returning the guitar to its native state proved to be more difficult than Waller had expected. Harrison had given the instrument to his friend, Delaney and Bonnie songwriter and producer Delaney Bramlett, who made a series of modifications to it. Bramlett later sold the guitar at auction for nearly half a million dollars, and it eventually found its way back to the Harrison family. Fender describes the restoration process as meticulous. Waller documented it step by step as seen in the above video. 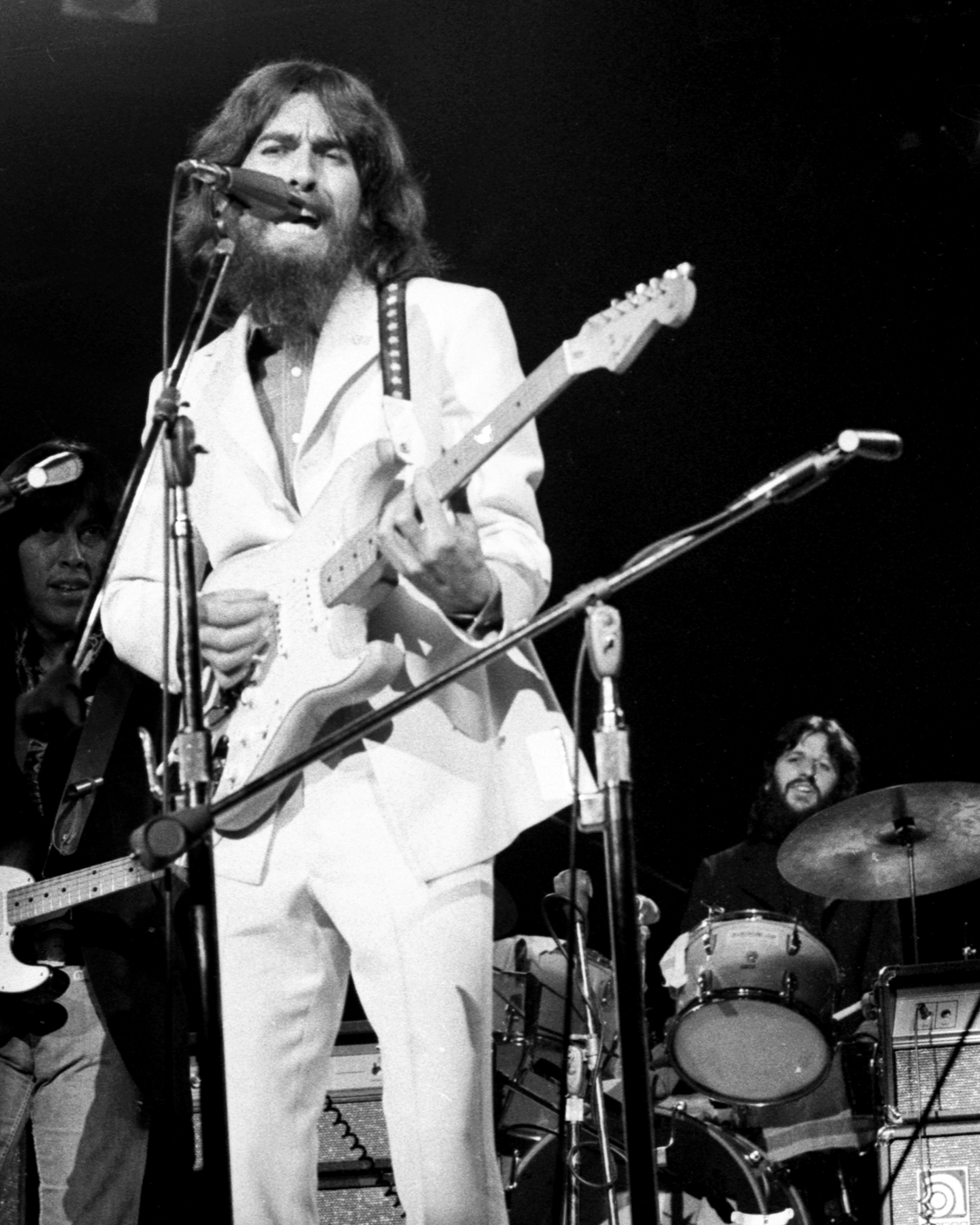 Beyond merely replicating a factory-ready Telecaster from 1968, though, Fender made a guitar from a point in time; a period in Harrison’s life. The company gave it a lighter than usual finish, to approximate the condition it would have been in if it had been used in a single recording a session and played during only one concert. Even the instrument’s headstock reflects Fender’s “spaghetti logo,” which it was using at the time. The Harrison family, the company stated, wanted it made with the utmost authenticity.

Harrison’s son, Dhani, said in a 2012 interview with Guitar Aficionado that the Telecaster was his favorite of his father’s guitars. “Other than the fact that it weighs seven times more than a normal Tele, it’s so nice to play,” he said. “It’s like having a golden AK-47 or something. It’s something that you know so well and you wouldn’t be afraid to beat up, but this one is like the golden gun.”