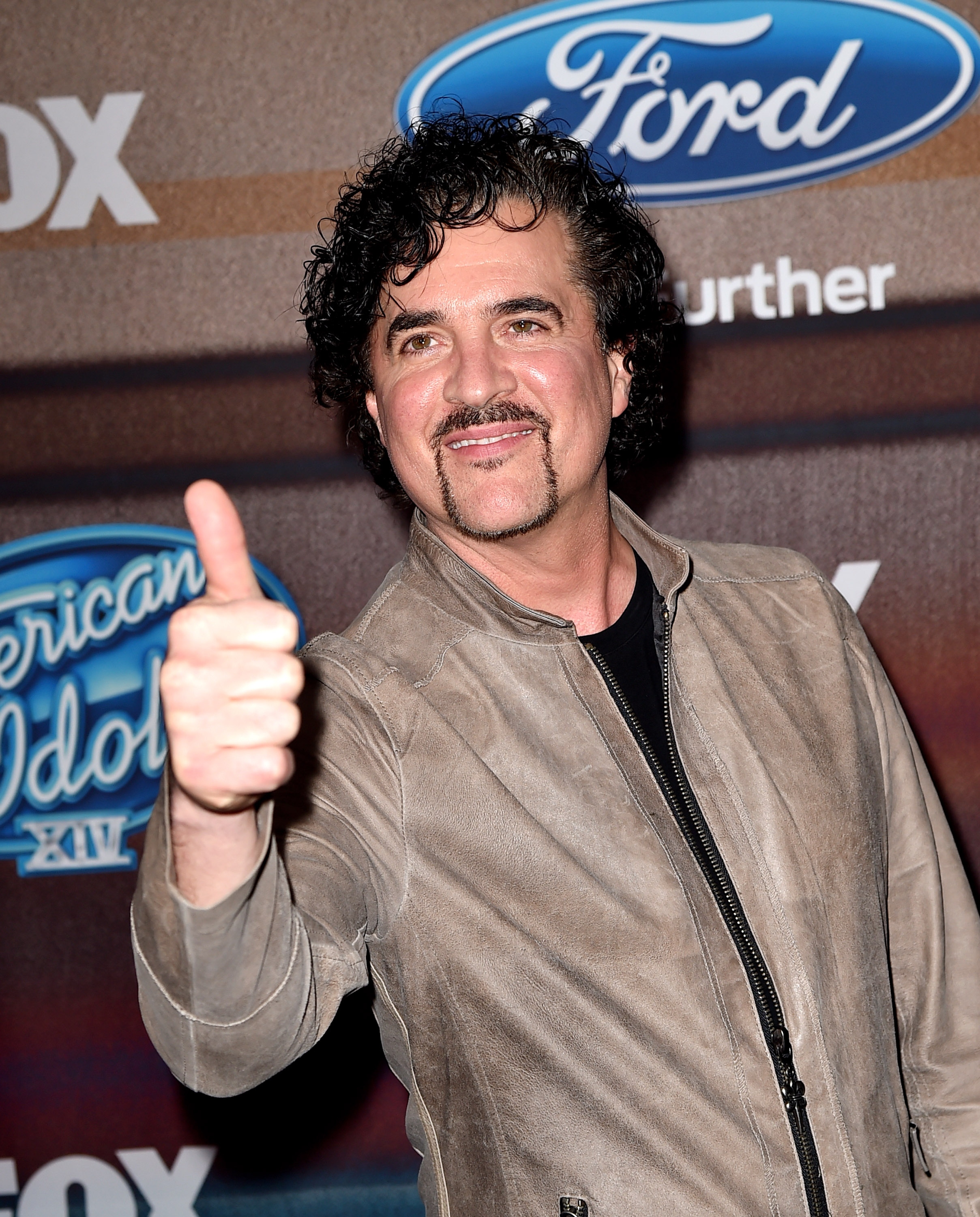 Big Machine label head Scott Borchetta officially debuted as the new American Idol in-house mentor this Thursday, and he definitely made his presence felt, doling out sage advice in between anecdotes about his star signing, Taylor Swift. And judging from his interview with Yahoo Music’s Reality Rocks, he’s not afraid to dole out some tough love, too.

“This is not a perfect world. Things will go wrong [on live TV]; that’s a guarantee. How are you going to handle it when Kanye runs up onstage and grabs a trophy from you?” he jokes, when asked about the nerves that hampered a few contestants’ performances this week. “You have got to be ready. It’s like being on the beach at Normandy — like, ‘All right, where are the bullets coming from, and how am I going to handle this?’ You have to be ready. It’s part of being a star.”

Hopefully Scott’s straight talk will help these contestants, many of whom are just teenagers, deal with the pressures of being in the glaring Idol spotlight. “You have to have a tough skin,” he says. “Something that I’ve told all of my young artists is, there are going to be haters. You’re going to read things that are going to hurt you. It’s not going to make any sense. Just know that it’s out there, and that it’s really easy to just press ‘delete.’

“You’ve got to believe in yourself. Life is tough, and there are so many reality shows and so many people on television,” he continues. “If you’re going to get into this, talk with yourself or with your parents, whoever, about what all this means. Are you ready? If you feel you’re ready, then let’s go for it. But you got into this knowing it’s a competition, so don’t be surprised. There’s only going to be one winner.”

But who will that winner be? Scott won’t name his frontrunner (though he admits he’s already picked out his dream top five in his head), but he breaks down his thoughts about this season’s top 11 finalists here.

“Jax is one of the handful of contestants that come in with a very good definition of who they are as an artist, and so that gives them a leg up over some of the other ones, who need a little bit more development. Jax is super-musical and she’s a great collaborator. I’m very excited about her. She’s a contender.”

“I think America’s going to like Quentin more and more every week as they get to know him. Any time you have an outlier like that who has his own sense of style, who’s very strong in his appearance and his image, at first it’s like, ‘I don’t know if that is a flower or a weed. Maybe it’s a weed. Maybe I should kill it. Well, he’s turning into a flower…’ I think that his [Wild Card] performance was fantastic, and I think more than anything it’s just a familiarity thing with Quentin. If America can get familiar with him, he’s going to go really far. I think any time you have big personalities and a sense of self, it’s great artistry, and it’s great for the show, so I love it.”

“I love Joey. She’s super-creative. She has her own thing, and again, she is one of the handful that really are pretty well-defined from an artistic sense. What I’m finding with Joey is that she’s super-polarizing: People love her, or don’t care for it at all. In a competition like this, it’s probably a little more touch-and-go, but I think if you look at the overreaching reality of how many people it takes to have a successful career, if you can take one percent of America and excite them, that means you’re going to be triple-platinum. So, you know, are there a million people out there who would love a Joey Cook album? I think there probably are. And vocally, I’ve really pushed her the last couple of weeks and she’s responded really well. She’s found another gear in her voice. She didn’t even know she could sing that way. I said, ‘I’m hearing it; you can do it!’ And then she did it.”

“There’s always a chance that when you have a really young contestant, you say, ‘Man, if I could take that guy or that girl out of this for a year and work with them and bring them back, we’d be so much better off.’ But you know what, it’s a competition; they’re in it, and we have to do the best that we can. And the great thing about Daniel is he is stepping up every week. He is self-aware and knows he doesn’t have a chance to say, ‘Hey, give me another year, let me come back and knock everybody’s heads off.’ He’s going for it right now, and he gets that.”

“Tyanna is a great singer, and for someone so young, she has so much. She’s another one who elevates her game on a daily basis, and she’s a contender… We’ve just been a little bit one-dimensional with her songs, so I think we need to grow the footprint a little bit. But she’s a super-capable vocalist.”

“Qaasim has got this great athleticism about him, where he comes off like a prizefighter, and it’s like, ‘Dude, don’t come off looking like you’re going to punch America!’ Because he’ll come out and he’s so pumped-up and so jazzed. I know him well enough and can say the guy is one of the sweetest guys on the set, period, bar none, with a huge heart, a heart bigger than Hollywood. But he can get so excited, and the guy’s just a tiger. And so we have to remind him, with what’s coming through on television, you want to smile about the touchdown you just scored, not look like you’re going to throw somebody a left hook. But he’s arguably the best natural performer that we have.”

“Adanna has great energy. We’ve been working with her, because once she goes into the big choruses, she has a tendency to throw a dart at the note instead of completely land on it, and so it’s something we’ve really been focusing on and trying to help her not oversing. But she’s really powerful, a great presence, and a contestant I think she should be in the top 12.” [Editor’s note: Adanna made it into the top 12 this Wednesday as a Wild Card.]

“I love Nick and I get Nick, because I played in bands. And when I first met him I was like, ‘OK, I got this.’ He was a guy who was always trying to carry his band on his shoulder, was never the frontman, and I’ve spent a lot of time with him going, ‘Look, you’re now this solo artist and you’ve got to take this by the neck and throw it to the ground,’ because he’s not used to being that aggressive. He’s used to being in a band. And so that’s where the double-edged sword for him, the experience, comes in. The guy can sing the phone book, he’s got a fantastic voice, he’s great-looking, but he has some bad habits. He didn’t smile for the first month that I met him. I’m like, ‘Nick, you’ve got a great smile and women are going to freak out over it. You’ve got to learn that the camera is important.’ I made him go and play in front of a mirror and look at himself and get comfortable with that, and follow the camera and understand that the camera is his friend. The camera is the gatekeeper to the audience that’s watching you. ‘Look them in the eye, imagine that you’re looking at your audience.’ And I think he’s responded great.”

“Maddie continues to get better literally on a daily basis, and I think it’s a huge advantage to Maddie that she is the only country artist left [in the top 11]. I think that is going to work for her.”

“With Rayvon, I’ve been working with him on trying to expand what he’s doing musically. He sings beautifully, has a very beautiful falsetto, but he leans on it too much, so I’m trying to get him to do some things in full voice and trying to get him a little bit out of his comfort zone. He’s a little too comfortable, and so I’m really pushing him for the last three weeks, and he’s responded very well.”

The Worst Songs Ever, From 'Blurred Lines' to 'Twinkle Twinkle Little Bitch'