When the Rolling Stones were organizing their 50th anniversary celebrations, Mick Jagger approached his friend, contemporary artist Walton Ford – who has made a career painting naturalist scenes – to design a logo. In the Seventies spirit of the National Lampoon magazine and “grotesque underground comics,” Ford repurposed one of his sympathetic paintings of King Kong, adding the band’s famous tongue-and-lips logo. “I saw the Rolling Stones as a sort of silverback,” Ford tells Rolling Stone. “All the metaphors of King Kong and all of that are applicable – their kind of enormity of their accomplishment over the period of 50 years.”

The band loved the image. “The irreverence of Walton Ford’s imagery captured the spirit of the tour,” they said in a statement. They used it on the cover of their 50th anniversary compilation GRRR!, and in marketing their massive “50 and Counting” tour, at one point displaying the piece at 50 locations around the world.

But some fans weren’t as excited about the logo. “A lot of people didn’t like it at all,” Ford says. “That was good. I was glad that they didn’t like it. I mean, the last people who I wanted to please were Rolling Stones fans.” 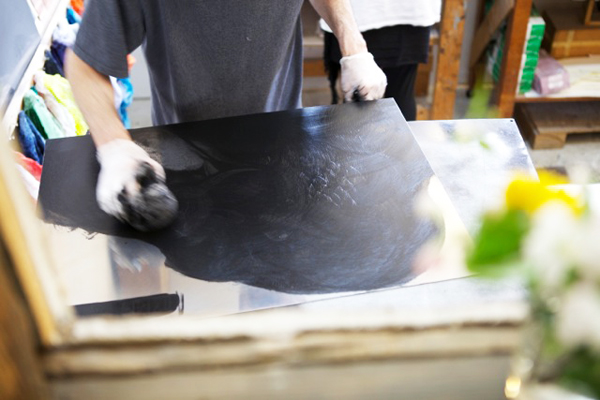 Ford continues, “They are really nasty. It’s a general rule they have a fan base that just seem to be always angry at the Rolling Stones for a lot of reasons. They’ve got their own grudges. I shouldn’t say that I didn’t really care. I probably did care, but when the Rolling Stones were doing their best work, they were a step ahead of the people that loved them so much. I thought, ‘How cool that I get an opportunity to piss their fans off?'”

The logo is now for sale as a limited-edition etching of 100 signed and numbered by Ford, available at the Paul Kasmin Shop. “They are really beautiful,”  says Ford, who has made a practice of creating etchings for the last decade. “I just go and work at this print shop and we use all the old tools that were used by Rembrandt, you know, this is a very ancient technique of marking on copper plate and making prints by hand. It seemed appropriate to do sort of an anachronistic tribute print to the 50th..”

The piece doesn’t come cheap though; it costs $7,500. “It’s just this is going to be an elitist, kind of expensive thing because the processes are expensive,” says Ford, who’s still buzzing about the experience. “I was born in 1960 and I had an older brother who collected records. The Rolling Stones were pretty much it for us growing up. That’s what we aspired to be – that sort of attitude.” 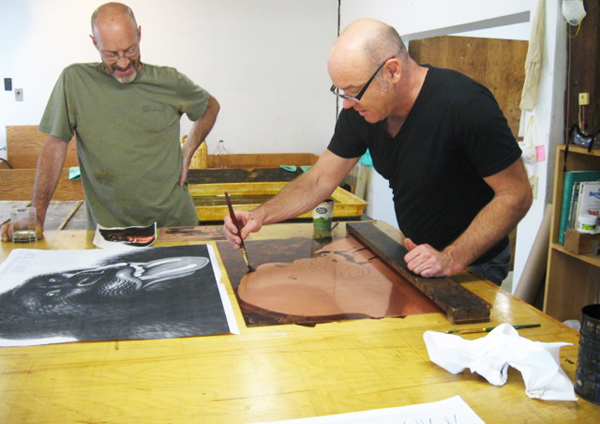