UPDATE: Exhibitionism will open in New York on November 12th and run through March 12th, 2017. Tickets go on sale on September 14th at 10am.

The Rolling Stones‘ massive, career-spanning Exhibitionism exhibit, which opened at London’s Saatchi Gallery in April, will head to New York in November.

The Stones and Exhibitionism curator Ileen Gallagher revealed Tuesday that the exhibit – featuring stage clothing, classic album artwork, vintage gear, photography, stage designs, personal diaries, behind-the-scenes footage, a recreation of the band’s first apartment and more memorabilia – will set up shop at the West Village’s Industria Superstudio, the first stop on what’s being billed as “the largest touring experience of its kind ever to be staged.”

“We’ve been thinking about this for quite a long time but we wanted it to be just right and on a large scale,” Mick Jagger said in a statement. “It’s not going to be like walking into a museum. It’s going to be an event, an experience. It’s about a sense of the Rolling Stones – it’s something we want people to go away talking about it.”

Other highlights from the exhibit include a complete history of the Stones’ iconic, John Pasche-created “lips” logo, a video and movie gallery that screens portions of widely-bootlegged documentary Cocksucker Blues and 3D concert footage and tons of memorabilia and ephemera from the band’s personal archives that were housed in a London warehouse, much of it untouched over the past half-century.

“While this is about the Rolling Stones, it’s not necessarily only just about us.” Keith Richards added. “It’s also about all the paraphernalia and technology associated with a group like us, and it’s this, as well as the instruments that have passed through our hands over the years, that should make the exhibition unforgettable.” 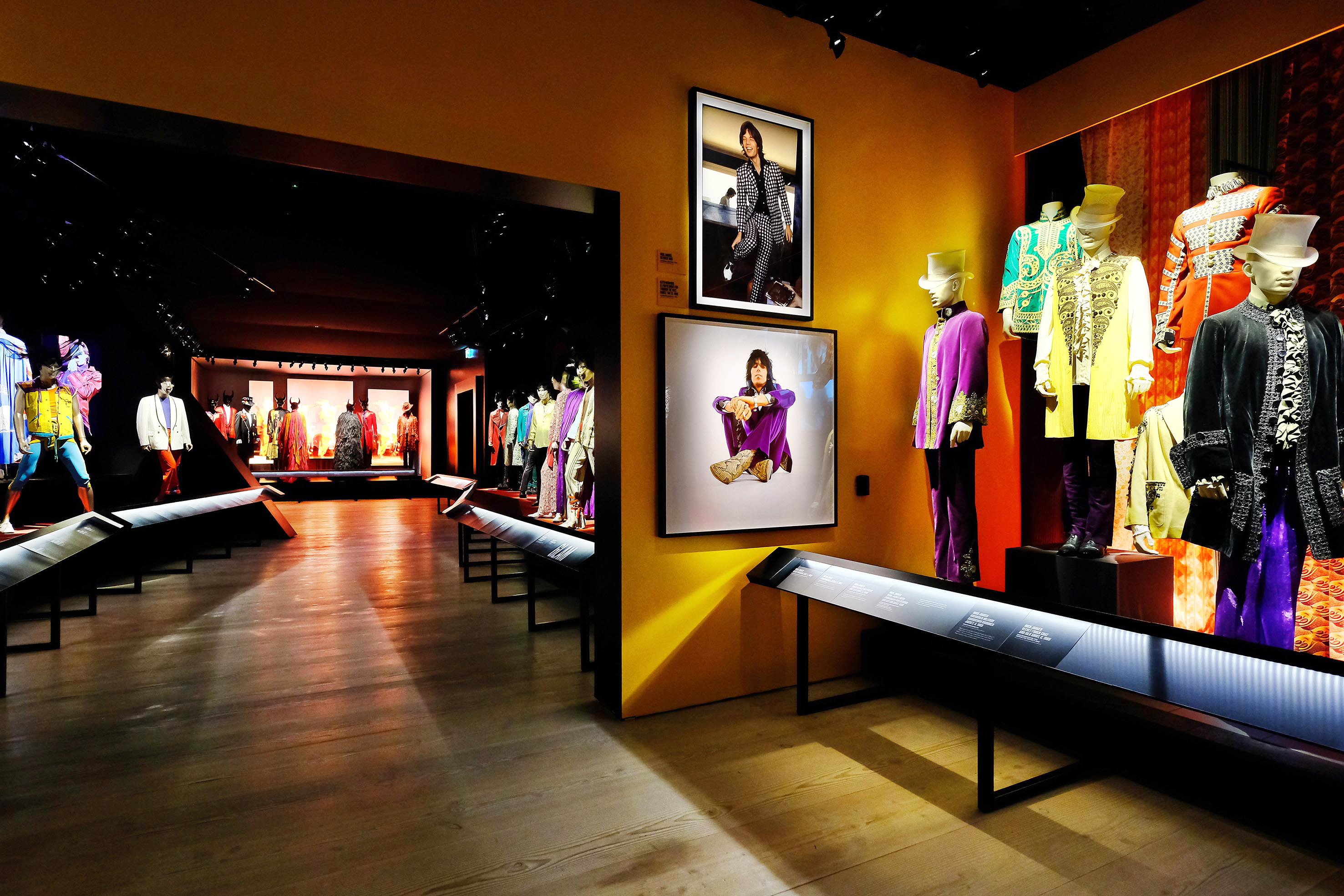 In April, Rolling Stone spoke to curator Gallagher about the undertaking of consolidating the band’s long career into a two-story gallery piece.

“The band was interested in doing something thematic that really wasn’t a chronological presentation, for obvious reasons. When you begin in the Sixties and you’ve been going for over 50 years, it kind of has this crescendo and then this downward slope,” Gallagher said. “They wanted their career to be explored thematically, and I think that was definitely the right decision. It allows you to kind of explore these rich topics and their history very cohesively.”

Tickets for New York will go on sale to the general public in September. Register at the Exhibitionism site to be among the first notified of the tickets’ availability.