For the first time ever, Rolling Stone is opening up our vast archive of award-winning music, political and cultural reporting — dating back five decades, to our 1967 launch — online for free. In collaboration with Google Play, articles by notable writers including Hunter S. Thompson, Cameron Crowe and Matt Taibbi are now available to read on Android and iOS phones and tablets via the Google Play Newsstand, Google’s news reader app optimized for phones and tablets. Additionally, Rolling Stone’s daily coverage of music, politics, movies, TV, sports and culture is available on the Play Newsstand.

Also beginning today, Rolling Stone has launched the CoverWall, which provides an immersive experience of the magazine’s distinguished covers and extensive archives. Fans can now read Rolling Stone’s in-depth interviews, hard-hitting political commentary and award-winning investigative journalism from throughout the decades in an unprecedented way. From John and Yoko to Miley Cyrus, Annie Leibovitz to David LaChapelle, the cover of Rolling Stone has always been an art form in its own right, and now readers can easily browse our library of covers, featuring some of the most iconic images in journalism. 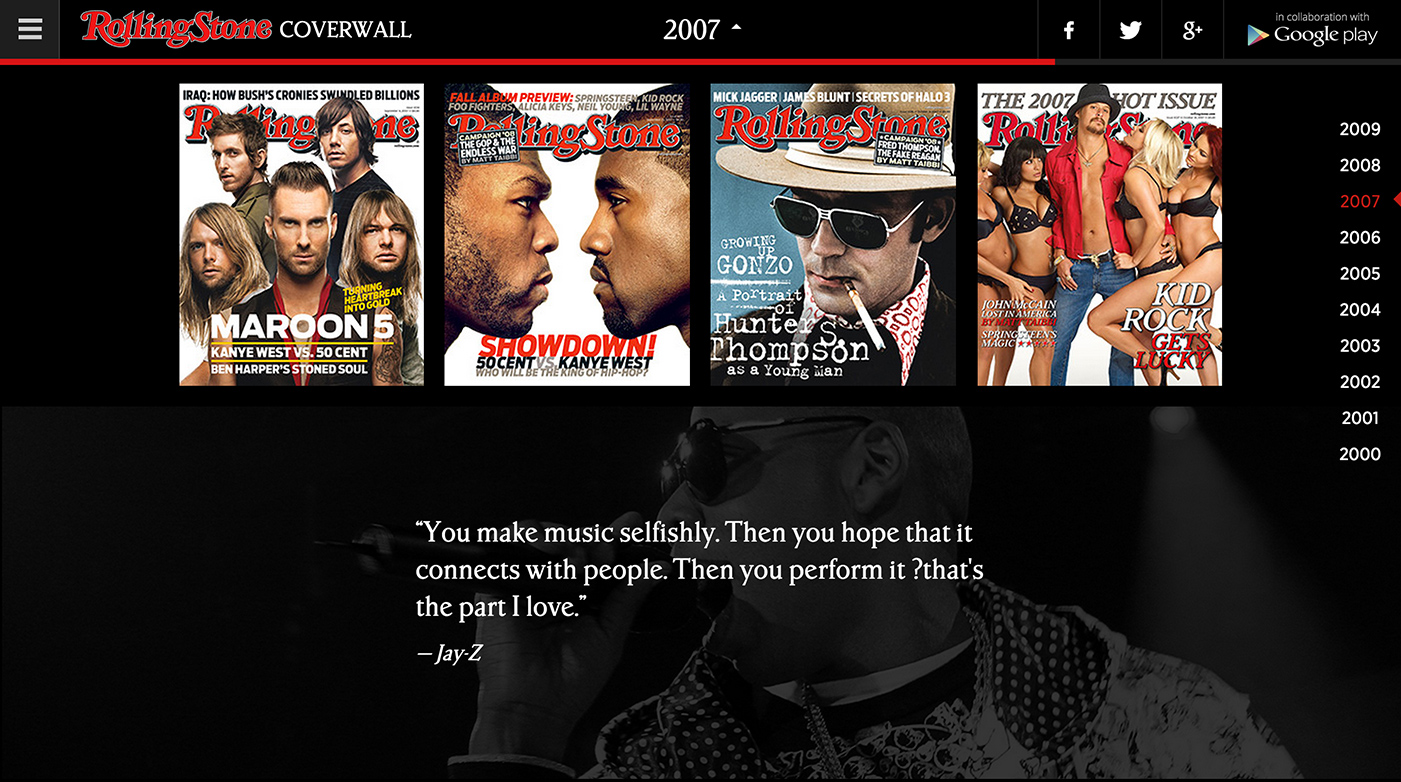 “Google’s history of innovation makes them the perfect fit for our brand, which is why we wanted to try something totally unique together,” said Gus Wenner, Head of Digital of Wenner Media. “This collaboration is as much about our history as it is our future.”

“From ‘Fear and Loathing’ to the financial crisis, John and Yoko to Janet Jackson, Rolling Stone produced some of the most iconic music and political coverage in America for the past five decades,” Brian Irving, global head of marketing for Google Play, said. “We’re proud to offer this rich history to people for free, where they can explore and interact with every issue on Play Newsstand. It’s like a highway of information, revisited.”