Roger Waters has announced the details of a super-deluxe box set edition of his recently released film and soundtrack album, The Wall. The set will contain vinyl, Blu-rays, CDs, a book and art prints and will be signed by Waters. The boxes housing the sets will be structured into their own wall on which Brazilian graffiti artist team Osgemos will paint a mural. The group previously contributed art to the flying pigs in Waters’ show.

The collection, which costs a hefty $500 on Waters’ website, also contains other unique surprises. Three Blu-ray discs include the version of the film that will come out on December 1st alongside a new documentary about the making of the tour. The soundtrack album will be pressed to four 180-gram red, white, clear and black LPs with a unique engraving and new score by Waters; the set will also contain the commercially available two-CD edition and links to digital versions of the music.

A 170-page hardcover book will also show behind-the-scenes images of the tour and movie, with the set featuring four art prints. Because of the art project, the website will ship folios containing two art prints in December for holiday gifting and will send the main boxes in early 2016.

The box set wall will be built in a Los Angeles warehouse where Osgemos, who designed pigs in 2007 and on two 2012 dates of Waters’ Wall tour, will paint their mural and photographers will capture it in full. It will then be disassembled and each box will contain a fragment of the art. 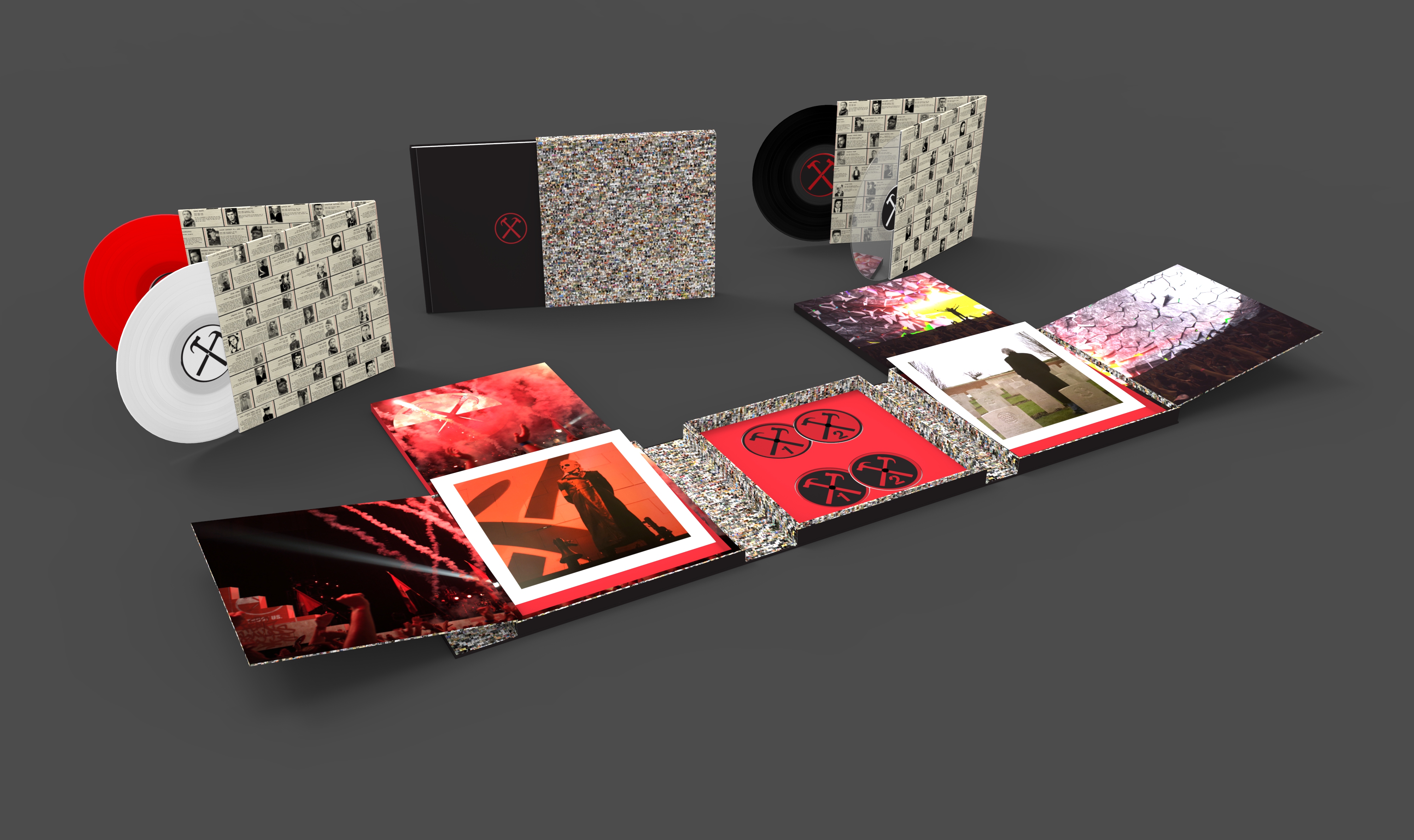 Through the years, with and without Pink Floyd, Waters has produced The Wall live three different times. In an interview with Rolling Stone in September, he parsed whether or not its message of working to break free of post-war trauma meant anything different to him after all these years. “The context changes, but the story remains the same,” Waters said. “If people see this movie, what I hope is that that they may look at one another and go, ‘You know what? We are a community, and we are many. There are a lot of us.'”