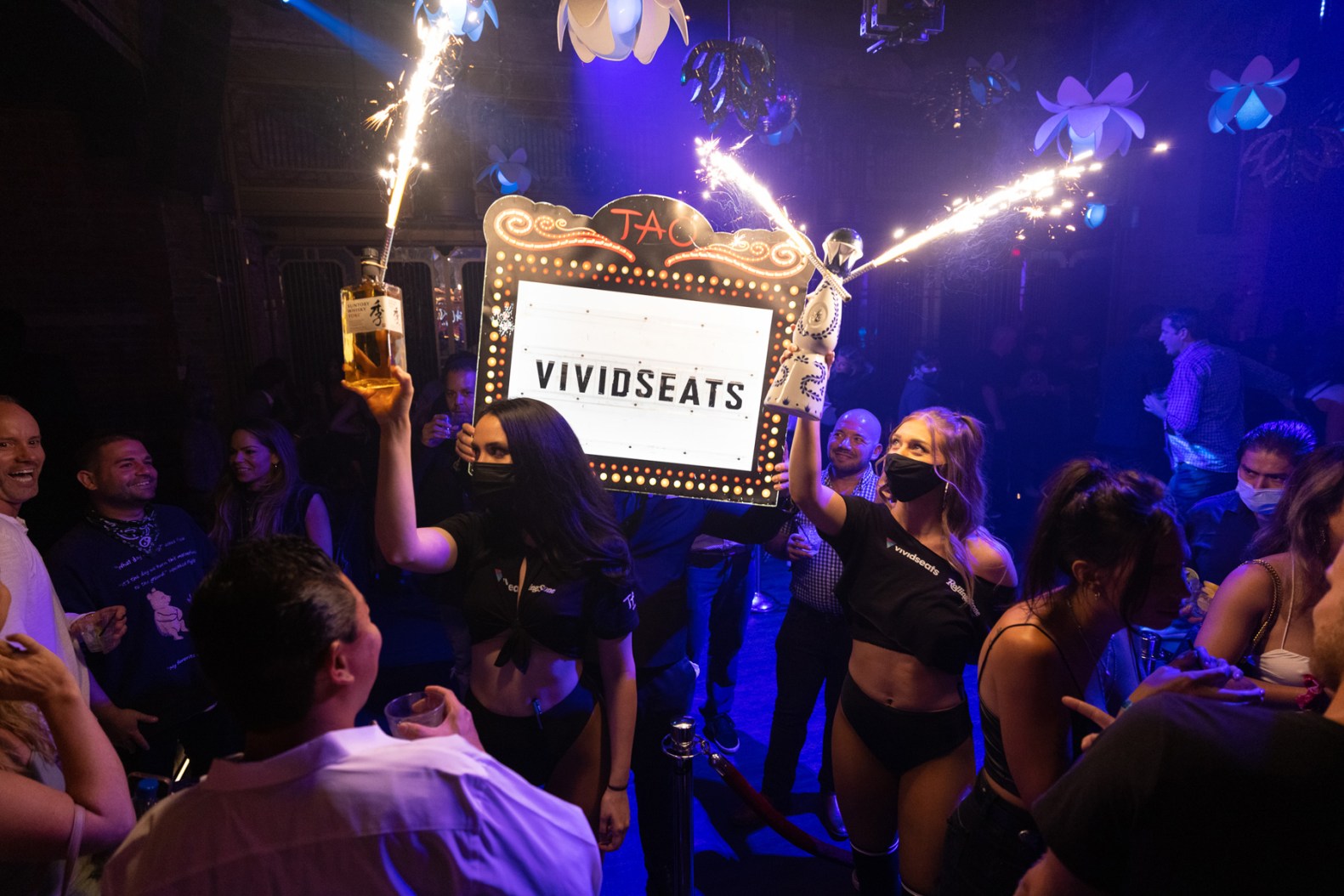 Tao Chicago was immersed in its requisite red and blue mood lighting on Saturday, July 31st, as a number of popular musicians congregated onstage, including Marshmello, Chance the Rapper, G Herbo, Peter Cottontale, and Supa Bwe. The room was packed with Lollapalooza attendees and Vivid Seats Rewards members, as part of the leading live event and ticketing marketplace’s launch of its new loyalty program.

Roddy Ricch soon appeared, wearing a black tee, fatigues, and sunglasses, quickly elevating himself above the entire venue by standing with one foot on the DJ booth. His diamond-encrusted Cuban-link chain twinkled in the strobe lights as he sang the opening bars to his chart-topping song “The Box,” from his 2019 debut album Please Excuse Me for Being Antisocial.

Sparklers erupted from the ceiling while he performed a handful of others songs, like Internet Money’s “Lemonade” (Remix), Mustard’s “Ballin’,” and Ricch’s album cut “High Fashion.”