The Last Waltz New Orleans: An All-Star Celebration of the Band’s Historic Farewell Concert, taking place May 2nd at the city’s historic Saenger Theatre, will also feature Don Was, John Medeski and Ivan Neville, plus members of the Dirty Dozen Brass Band, Bonerama and the Radiators.

“New Orleans has always been a special and influential place,” Robertson said in a statement. “I am honored to continue the tradition of celebrating The Last Waltz with this extraordinary lineup in a city that has meant so much to me.”

The tribute show continues concert producer Blackbird Presents’ annual celebration of the famed 1976 live album and the greatest concert film of all time: The company previously staged the two-night The Last Waltz New Orleans: A Celebration Of The 40th Anniversary of The Last Waltz at the Saenger in 2016. In 2019, a similar lineup took The Last Waltz Tour 2019: A Celebration of The Band’s Historic Farewell Concert on the road for 12 gigs.

Tickets for The Last Waltz New Orleans: An All-Star Celebration of the Band’s Historic Farewell Concert go on sale Friday at Ticketmaster.

The Big Easy tribute show comes a few months after the release of Once Were Brothers: Robbie Robertson and the Band, a feature-length documentary about the Rock Hall-inducted group. Robertson also recently visited Rolling Stone to sit down for our “First Time” series. 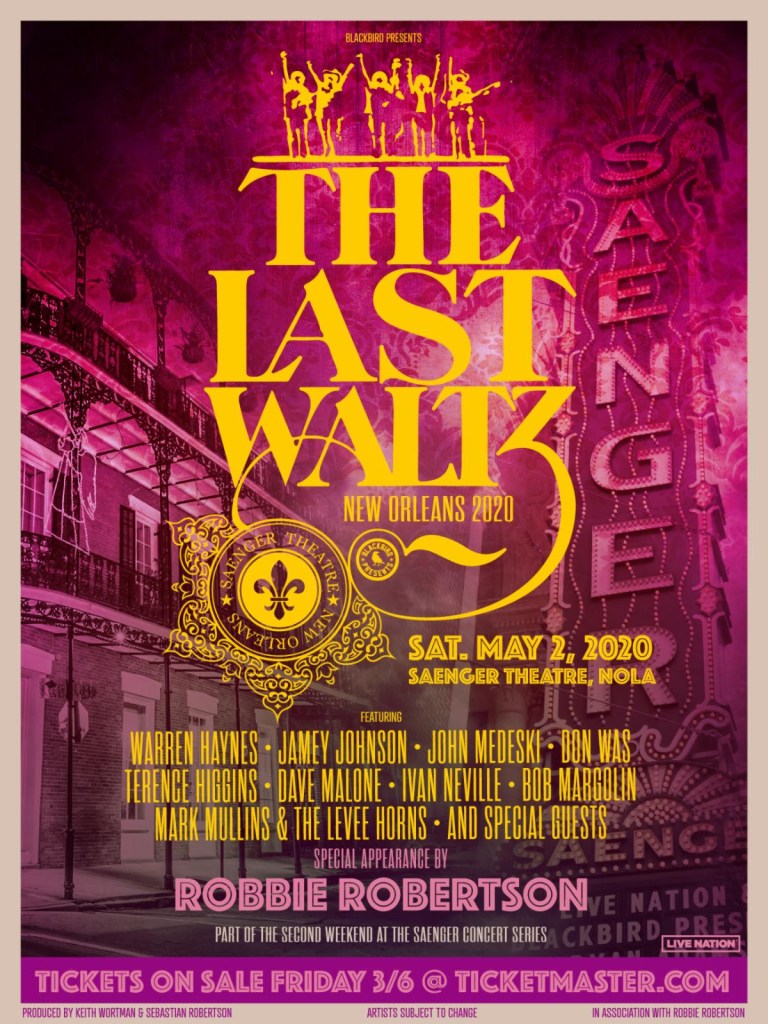