By 1983, Rickie Lee Jones had had her share of surreal experiences. Her debut album, 1979’s Rickie Lee Jones, had transformed her into America’s leading boho pop star, thanks to its hit “Chuck E.’s in Love.” She’d made the cover of Rolling Stone, and her followup record, 1981’s Pirates, was one of the most critically acclaimed albums of that year. She was also in an on-again, off-again relationship with fellow songwriter Tom Waits and had begun using heroin.

In the summer of 1983, at age 28, Jones’ life appeared to be settling down. She relocated to Paris and was kicking drugs. Then she heard that one of her heroes, Van Morrison, was performing at the Lisdoonvarna Festival in County Clare, Ireland, so she took a side trip before heading back to the States. As she writes in her new memoir, Last Chance Texaco: Chronicles of an American Troubadour (Grove, April 6th), it was a “a trip I had been secretly planning since I was sixteen years old” — the year she’d discovered Morrison’s landmark album Astral Weeks.

Little did Jones know how unusual the expedition would be. As she walked towards the festival grounds, “an old VW right out of 1969” mysteriously appeared, and the driver, who sported an especially thick Irish accent, offered her a ride. She hopped in, only to realize the driver was “creepy,” and she wound up jumping out of the cab as he was about to plow into some festival goers. In this exclusive excerpt from Jones’ new memoir, matters only grew more unpredictable as the day went on.

I shyly approached the backstage guard: “I wonder if I might come in? I am Rickie Lee Jones.” He nodded as if he knew the name and said, “Well, let me ask.” A few minutes later I was welcomed into the festival and just in time to see Van Morrison. There were no stage lights, only the sun which was beginning its exit. I winked at an imaginary camera and whispered, “Thank you.”

Listen! Ireland was cheering for its own son. The man who inspired all the other boys to write about boogie-woogie boys playing saxophone. Van was the source of so many disciples who became sources themselves. People like Bruce Springsteen, and Adam Duritz. An entire artery was derived from a couple Van Morrison songs that continues to feed the great poets of rock & roll. We owe a great debt of culture to all musicians, but especially to Van Morrison.

I knew this would be the greatest Van Morrison concert I would ever see. Van Morrison can be nervous or shy, stage fright maybe, and he masks it with anger. At least, that is my take on him, but this night he was, as Lowell George would say, willing. Yes, and he was playful, and even dancing. When a mohawked punk-rocker jumped on stage and started hopping around with him, he smiled at her! It was a great, great reward for the magnitude of the journey I had taken to see him; to be a part of this world.

There he was with his shock of eyebrows and his red, red hair. His blue eyes made bluer by the contrast with his white skin. His poor taste in clothes too. All of it made him the sexiest man I’d ever imagined. The fairies were out and the people were singing. And Van Morrison was actually smiling!

There were no stage lights so Van’s concert ended as the sun set and the world turned grey and cold. I didn’t have a warm coat or a plan. Shall I just sleep here in this field? I had reserved a roadside motel but it was so far away and I doubted I could find my way back to it even if I did have a ride. I just knew somehow it would work out. I thought. I hoped. 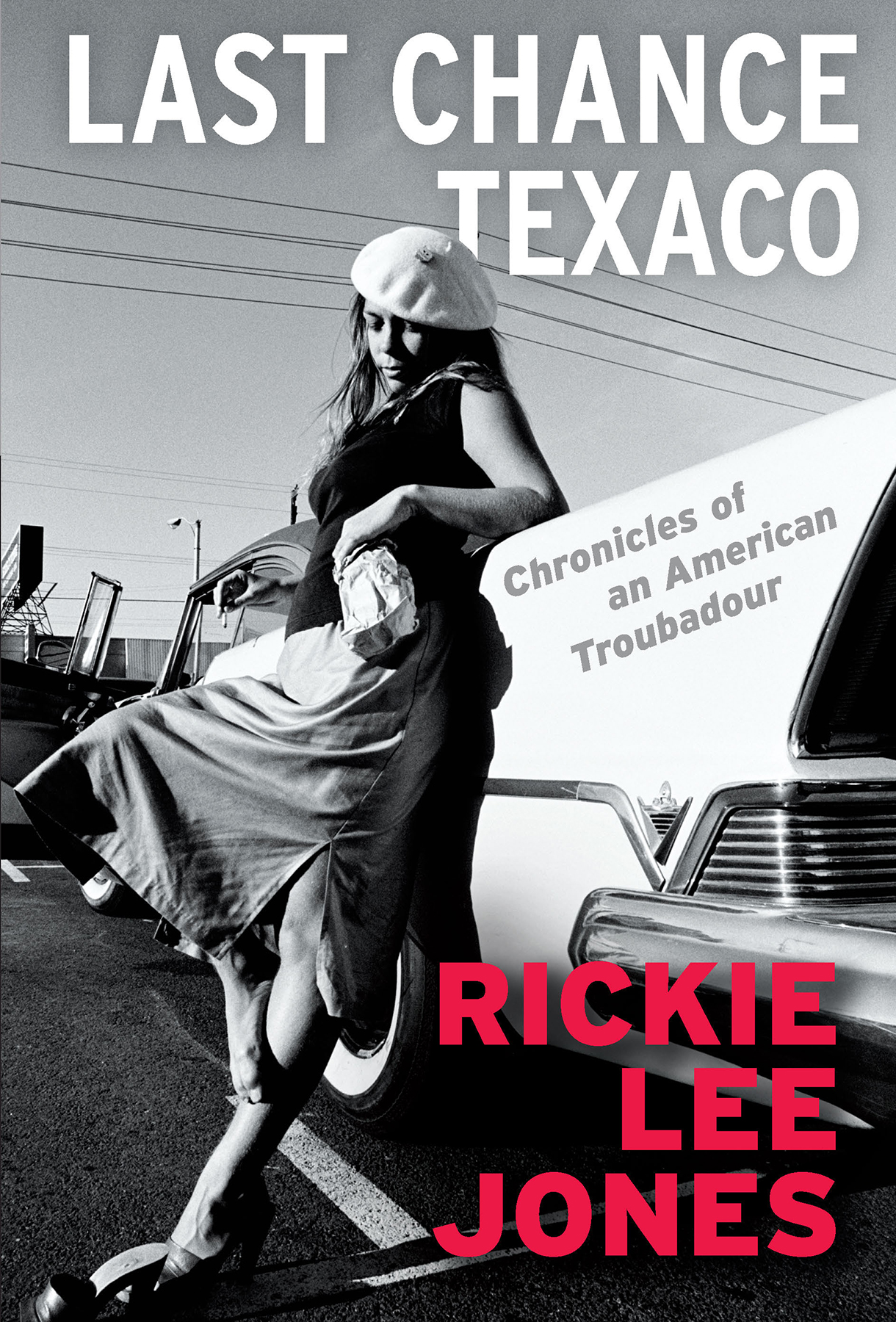 I was standing in the green grass behind the stage, near the refreshment tent where Van was talking to some people. I knew Van saw me. I stood there, well, looking like I was just standing there. It was all so seventh grade, “Will he make eye contact?” sort of stuff. Mark Isham, Van’s trumpet player, came up to me and introduced himself. As we spoke, I peered over Mark’s shoulder to see Van Morrison was looking at me. Suddenly, he walked over and stood next to me. Oh my heart, I couldn’t breathe. He introduced himself and we stood in the pocket of each other’s very spirit.

Van said, “I was just going to get a coffee. Would you like a coffee?”

“Black, then.” He finished the sentence for me.

He brought two cups and I thought, How can I save this cup? For one brave moment I saw Maria and Tony; they had all made it onto that bus out of town, the one they borrowed money from Doc for. They were laughing. They were alive! Look! Here on the New Jersey turnpike, everyone singing, “All come to look for America.” That car I stole, with Ricci Cretti and me in it. Look! We are driving right next to them! Suddenly everything was healed and even old sad endings unmade themselves and were remade for the better. Everything was possible because I was standing next to Van Morrison and he was looking into my eyes and talking to me.

Wow, those eyes. Look at those eyes. Blue eyes made of blue fire. Bluer than Ol’ Blue Eyes, Frank Sinatra. I met Frank once. You have some eyebrows on you, too. Where is your hair? Can you be mine? Will you be my neighbor? What are you anyway? Oh my mind was racing.

“At their record store in Northern California. Sal Bernardi and I went there hoping to meet you.”

Van thought for a moment. “Pirates. That is a great record. I mean” — indecipherable Belfast accent — “beautiful, great music.”

“I was safe in the car with the greatest songwriter of his generation and so proud that he regarded me as a peer.”

Just like that, there was nothing left to say. He turned and walked away to talk to someone else. It was over. That’s okay. I did it! I found Van Morrison. I could go home now . . . except I didn’t have a ride.

Mark Isham noticed me among the crew’s exodus from backstage. The band was loading onto their bus. I was standing by myself, in the middle of a Randy Newman song. Mark thoughtfully read my situation and came up to me, “Hey, do you need a ride? We can take you to our hotel. You’ll never get a cab now.”

“You can go back to your hotel in the morning.”

Thank God and Mark Isham. As I was moving toward the bus, Van’s limo cruised by. I smiled at the darkened window, then the car stopped and the window rolled down. Van Morrison’s head pressed against the air where the window had just been. He had heard Mark ask me if I needed a ride. I saw him watching me.

Why was I hesitating?

I think I walked on my toes to the other side of the car. I was twelve years old. I climbed into the back seat with Van Morrison and we slowly began to converse. Gaps.

“You know, I had a very weird ride that dropped me off in front of the artist’s entrance.”

“I thought no cars were allowed on the road.”

I told Van about the spidery man in the Volkswagen, how he showed up right next to me, out of the blue, on this road with no other cars and no cars allowed. How he said he lived “far, far from here” and grabbed my knee and wouldn’t let me out. How I jumped out right in front of the festival.

“You’re lucky you got away.”

A leprechaun! I checked Van’s face to see if he was kidding me.

He was not. He was deadly serious.

Now it all made sense! That spindly and sinister thing that had picked me up was a mischievous, magical Irish leprechaun. My half-Irish father had told me about the fairies and how the Irish (including the Irish Joneses) believe in magical beings. Here in Ireland, they weren’t fooling around. Dad was exactly on the money with that and now I was experiencing it.

“Of course!” Van said, “Ireland is full of magic. Be careful.”

We drove along in our limo and I looked out the window at cold, dark Ireland with its crazy leprechauns. I was safe in the car with the greatest songwriter of his generation and so proud that he regarded me as a peer. We spoke of Dr. John, New Orleans, folks we knew or knew of together. Levon Helm and all the rest. We talked about San Francisco. He had a daughter there, he said; she was with her mother. Then we were quiet. The overwhelming perfection of this night with Van, who had told me, “A fairy got ya!”

Suddenly during the ride, Van lost his temper and started yelling at me. It was as if he blanked out on who I was or how I got in his limo, because he was angry about some journalist and what journalists take for granted or some such thing. I just happened to be there to yell at. Suddenly I was utterly rejected. So high, and now so low, I was crushed, shaken to my core.

I was still in the limo and we weren’t to the hotel yet. What could I say to fix this? It felt to me like having made love and then being thrown out the back door like it never happened.

Finally, the one lovely little hotel in the woods. Van got out, slammed the limo door, and stormed into the hotel with me following behind. He did not speak another word, not even a “good night.” I was lucky to get a room. I came out and sat with the band at the bar. Mark Isham said:

“He’s just like that. He does that to everybody, it’s not personal.”

It sure felt personal. Yet, I glimpsed a man driven by a storm he could not control. A storm of feelings and emotions; the very things that glowed in the dark for all these years for so many listeners. It was his raw emotion that made everything he did so magically delicious. We wanted to be warmed by that fire, all of us. I had come too close.

I felt wretched and only half-slept for a few hours. Then I just “happened” to be in the lobby at seven in the morning when the band was checking out. Van was there with them, but he did not speak to me. Mark Isham saw it all now, me there early in the morning looking for … what? Van was famous for the bullshit he was pulling with me.

Mark approached me and wrote down his phone number. He said, “When you come back to L.A., give me a call.” I smiled, “Yes I will.” That felt good.

Van was watching Mark when he handed me the note. Maybe Van needed clues on how to act civil or on “what people do when… ” but something clicked. He hurried up to me at the front desk. He too scribbled something on a piece of paper and handed it to me, then said in his ferociously Belfast-fast brogue, “If you ever come to London, give us a call.” Then he rushed to the bus and was gone. That nasty schoolboy Van had met the sultry teenager Rickie Lee and it was good.

I saved that number for many years. Do you wonder if I called him? Me too!