Singer-songwriter Richard Marx shares a surreal and scary story of a concert gone dangerously awry in Taiwan in a new excerpt from his upcoming memoir, Stories to Tell, out July 6th via Simon and Schuster.

In the chapter, “The Tale of Taipei,” Marx recounts his adventures in Southeast Asia, where he played giant, packed stadiums following the incredible success of his 1989 album, Repeat Offender. The shows were, for the most part, remarkable, but ahead of his gig in Taipei, the capital of Taiwan, there was a massive rainstorm that flooded the outdoor stage.

Out of an abundance of caution, Marx’s tour manager decided to postpone the show (plugging in a bunch of high-voltage electrical equipment on a wet stage would not be ideal). The person who had put up the money for the show, however, was a man Marx identifies as Mr. Chen, a leader of the Chinese mafia, who was not particularly pleased with this decision. Not only did Chen and the promoters not tell fans that the show was being delayed, but as Marx details below, they took their frustration out on Marx and his crew.

Our hotel was gigantic with several lobbies and common areas. As [guitarist] Paul [Warren] and I sat in the restaurant, a group of a dozen armed men with machine guns arrived and approached the clerks at the front desk, demanding to know where I and my entourage were. A moment later, my other guitar player, Don Kirkpatrick, walked past the front desk and was immediately grabbed by two of the armed men and dragged into a hallway off the lobby. Accomplices of those men then spotted two of my crew members, Neil and Mike, and marched them at gunpoint to the spot where Don was being held.

In My Room With Richard Marx

Under threat of being shot, the front desk clerk gave several other men my room number and the room number of my agent, Randy Garelick, who had accompanied us on the tour. While I was luckily not in my room but with Paul in the restaurant, Randy was relaxing in his room when his door was suddenly kicked in. He was told at gunpoint to sit in a chair and stay silent. All of this was happening as Paul and I were finishing our dinner, completely unaware of what was transpiring.

As we left the table and started to exit the restaurant, we saw my tour manager, Bob, running toward us.

My heart was pounding with fear that something horrible had happened. Bob ran us down a back corridor and into a service elevator, frantically pushing the Door Close button over and over. As we ascended, he said, “The hotel is under siege. The guy who put up our shows is a mafia guy and he’s after all of us. He not only didn’t let the promoters get the word out, but he also let thousands of fans into the stadium where they stood in mud for almost two hours before somebody with a microphone announced that you just don’t feel like playing. The crowd went nuts and started tearing up the stage and rioting. We need to get you somewhere safe.”

My head was spinning. I thought this had to be an elaborate practical joke. I’d have been very impressed.

We ran down the hallway of the seventh floor to Bob’s room, locked the door, and pushed any piece of furniture we could move against it. I grabbed the phone and called an operator.

“I need you to connect me to the American Consulate right away!”

In broken English, she responded, “Consulate? No. There no consulate in Taipei.” 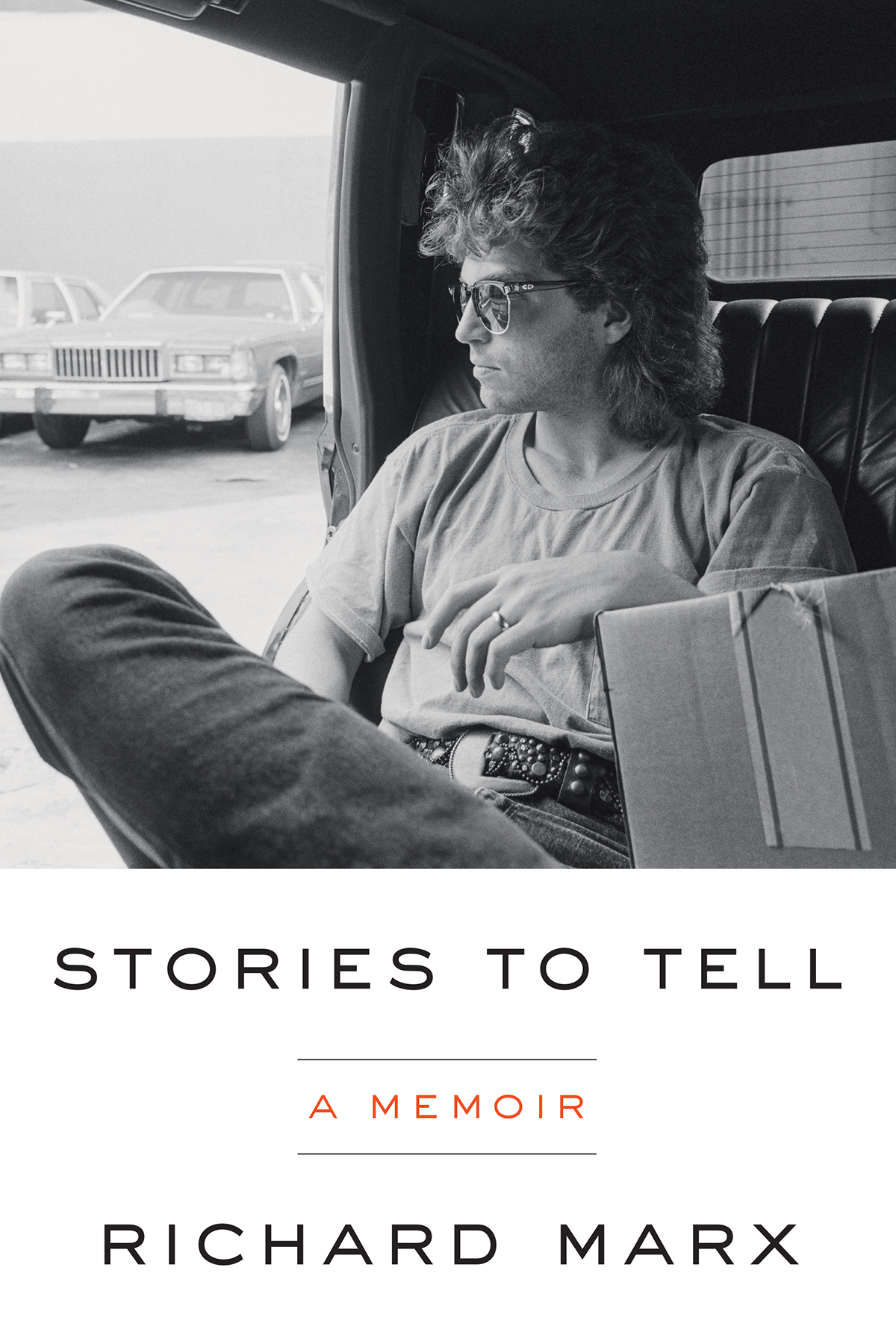 She was right. This was 1990, and the United States did not have diplomatic relations with Taiwan.

As Bob called my manager back home to ask what the hell we should do, I looked out his window and realized we were too high up to climb out using sheets, and definitely too high up to jump to safety. I had my first flash of a real fear of being shot by these crazy fuckers. Of never seeing my family again and never holding my first child. I knew I needed to stay calm and focus on figuring out a plan.

Minutes after hanging up with my manager back in LA (who immediately started making calls to our booking agents and some private security firms in Asia to ask for guidance), the phone in Bob’s room rang. It was Randy Garelick calling from his room. Bob answered and Randy, very quietly, said, “Bob, I need you to put Richard on the phone right away.”

Handing me the phone, Randy spoke these words I still find hard to fathom.

“Richard, I need you to listen very carefully. I’m in my room, and Mr. Chen and some of his men are with me. They found my room and forced their way in. I’m sitting in a chair and one of his men is holding a gun to my head. I’m now going to hand the phone to Mr. Chen, but he’s made things very clear. Either you agree right now to do two shows tomorrow, no matter what the weather may be, or he will instruct this man to shoot me right now.”

My brain could barely comprehend the reality of what was happening.

“YOU NO TALK! YOU NO TALK!” he immediately started screaming at the top of his lungs. “YOU NO PLAY! YOU COST ME! WHY YOU NO PLAY? YOU WANT ME KILL YOUR FRIEND?”

I tried to stay calm and hoped to somehow calm him.

“Mr. Chen, I’m very sorry. The stage was flooded. It would have been very dangerous for everyone if we had— ”

Slightly reducing his volume if not his intensity, Mr. Chen explained that either the band and I play an afternoon show as well as an evening show the following day, or he would put a bullet into Randy’s head. He would keep Randy with him and his men until our arrival at the venue. Of course, I agreed, telling him I would do whatever he said as long as he didn’t harm Randy.

I hung up the phone, my face white as a sheet, and told the guys what was happening. We all stared at each other in disbelief for a moment, as if we were in some strange and disturbing dream, waiting and hoping for something to awaken us.

My manager was able to contact a private security firm in Taipei made up of ex-military guys. They knew very well about Mr. Chen and advised that he was not to be taken lightly; he had a history of violent and deadly actions. They suggested a plan to not only save Randy’s life, but also to get all of us safely out of the country, but it would require us playing the two concerts as ordered.

After an hour or so, and feeling that the worst of the night was over, the guys walked me back to my hotel room only to find the door kicked in and the room ransacked. Apparently, Mr. Chen’s men made a point to tell a few of the fans who had stood for hours in the mud at the stadium waiting for my show which room was mine. Nothing of real value was taken, but it was just another in a stream of incomprehensible events.