Camille, which was slated for release without mention of Prince, contains eight funk tracks sporting Prince’s sped-up vocals. The majority of the album’s tracks were later reworked and resurfaced on Sign ‘O’ the Times (“Strange Relationship,” “If I Was Your Girlfriend,” “Housequake”) and B-sides (“Shockadelica,” “Feel U Up”).

Camille was scrapped just weeks before its release and after copies had already been printed; it’s unclear how many copies exist. This copy is part of a 19-vinyl package that includes a variety of unplayed LPs from Prince’s Paisley Park Records, including a handful of his classic albums alongside promo singles for “When Doves Cry,” “Alphabet Street,” “Purple Rain” and more. 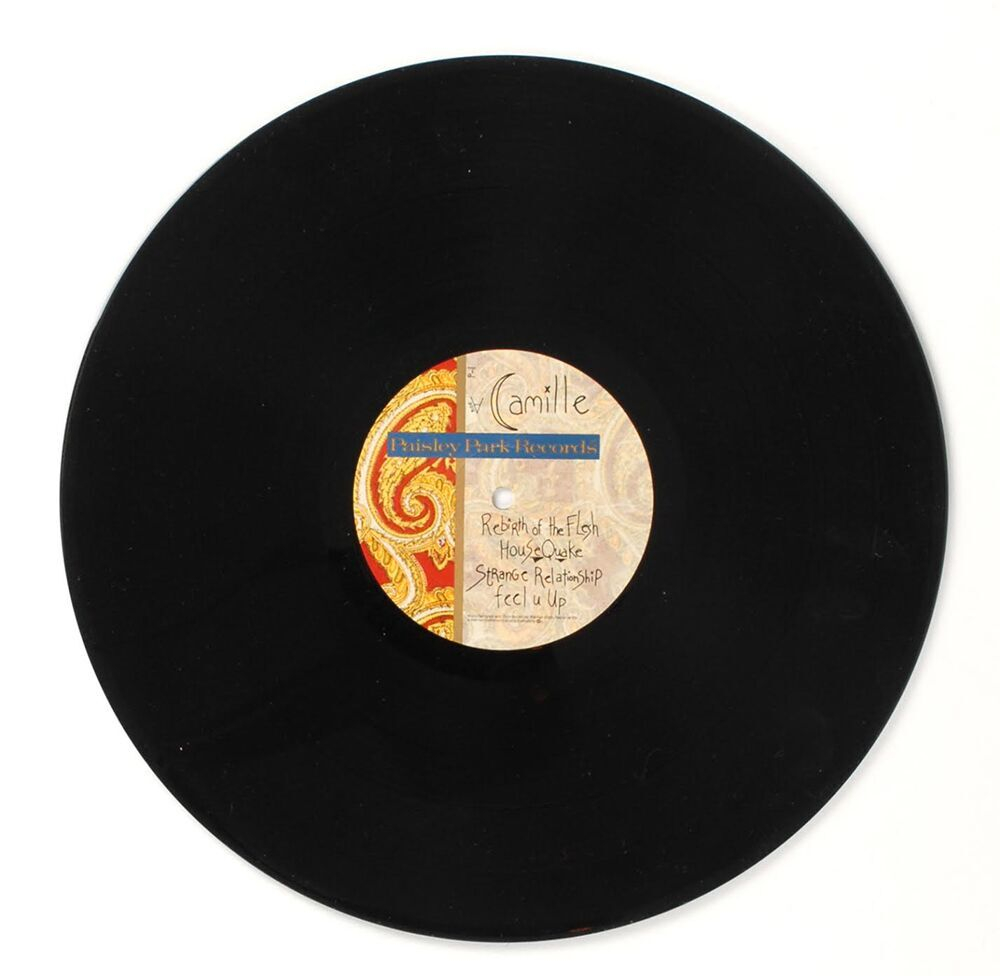 The records come from the collection of Karen Krattinger, who spent five years working with Prince in the mid-Eighties in roles like production coordinator on the Purple Rain tour and road manager for the Revolution. The auction on this item, which has already reached $4,800, concludes September 14th.

Other unique Krattinger items up for sale at RR Auctions include a Purple Rain-era ruffled shirt, signed photos and a Prince voodoo doll that the Paisley Park wardrobe department made for Krattinger as a gift when she left Prince’s organization.