As music fans coast into the last half of December—with the excitement of both the recent American Music Awards and the Grammy Awards concert behind us—one thing is obvious: Nothing new is any good!

Well, maybe that’s an overstatement. Something probably is!

Still, as I look at my carefully compiled list of the week’s most interesting album releases, it does strike me as odd than more than half are either reissues of older material—by artists who’ve already had their commercial day—or just weird old stuff that, to be frank, is a heck of a lot better than everything else! It doesn’t make sense that entire industry would simply throw its hands up in the air, admit defeat, and spend the remainder of its dying days profiting from countless repackages of music recorded long ago, does it?

But then, of course, it hits me: This week R. Kelly has released his brand new album, Black Panties, and nothing will ever be the same again! 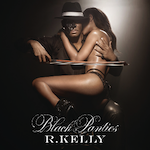 R. Kelly: Black Panties (RCA) As the album cover to this long-awaited opus indicates, R. Kelly’s ability to transform human flesh into actual objects—in this case, he’s turned his favorite cello into a scantily-clad babe—is only one of his many powers! Other talents include his aggressive political activism, as suggested by the new album’s “Marry The P***y”–in which he implores his sexual partner to forget about him and simply go out there and take the entire Republican Party as a spouse—or, no, wait—he recommends his pleasantly plump cohort drop all pretense and simply wed the kitchen pantry!—no, wait, I know Tom Petty is involved somehow! Not just a masterpiece but a great record—and circular in its vinyl configuration—the album rightly ends with a two-song doozy, “Crazy Sex” and “Shut Up,” and fairly begs to be played all over again! Fantastic? Well, as p****s of s*** go, it’s f****** amazing! 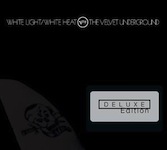 The Velvet Underground: White Light/White Heat (45th Anniversary Deluxe Edition) (Polydor) I don’t know why this particular reissue sounds so precisely good right now, but it really, really does. The second Velvet Underground album, released in 1968, it’s the one that gets a lot of lip service by latter-day fans, features an oft-covered title track and the historic, 17-minute “Sister Ray,” and is probably the third most popular of the legendary group’s original albums. Juiced up considerably in this new anniversary version, the package features remasters of both the original stereo and mono versions of the disc—and they do sound quite different—several unreleased tracks, including seven live songs from 1967, and an unexpected early version of “Beginning To See The Light” which is in its way remarkable. Sonically, the remasters are uniformly fine—which is no small claim, as this album is famous for its distinctive muddiness and distortion—and this is the finest commercial showing this classic album has ever received. Immensely listenable, and even with the mono/stereo pairing, not repetitive in the least. Highly recommended—and, obviously, now more timely than ever. 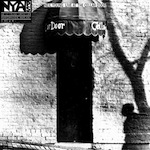 Neil Young: Live At The Cellar Door (Reprise) A collection of solo performances recorded by Neil Young during a six-show stint in Washington D.C. in 1970, this fascinating set captures the man when he was still on the way up, just a few months following the release of his After The Gold Rush. Thus the songs heard here are mostly fresh, and presented in an appealingly intimate setting. Highlights include Buffalo Springfield tracks “Expecting To Fly,” “I Am A Child,” and “Flying On The Ground Is Wrong”—strangely, in retrospect, among the better-known songs of the period—a “piano” version of “Cinnamon Girl,” a preview of the not-yet-released “Old Man” and the rarely heard “Bad Fog Of Loneliness.” Excellent, welcome stuff—and as part of the “Neil Young Archive Performance Series,” still just part of what’s to come. Further details, please.

Childish Gambino: Because The Internet (Glassnote) The second album from the delightful collaboration between cult Brit rocker Billy Childish and fabled crime boss Carlo Gambino, Because The Internet continues the fascinating fictional exploits of supposed “actor” Donald Glover, a multi-talented smooth-talking rapper with a penchant for fine rhymes and Hawaiaan shirts to match! Featuring guests like Azealia Banks and Chance The Rapper and covers of tracks by Thee Headcoats and Thee Mighty Caesars, this great disc lacks only a finished title and a believable frontman—the 3-D illustration on the album cover almost looks real, but not quite!—to be the best album ever! Lacking both, however, it suffers somewhat!

Various Artists: The Complete Motown Singles, Vol. 12B: 1972 (Motown/Hip-O) Yet again a new showing from what may be one of the finest reissue series in pop music history, this spectacular 5-CD set continues the tradition of offering up every single 45 released by the distinguished Motown label, whether mono or “stereo promo version,” in full chronological order—and since we’re at 1972 here, we’re getting latter-day Supremes, some Stevie Wonder and Eddie Kendricks, Thelma Houston, and a bunch of fascinating oddities—including the respectable Rare Earth, one-off Motowners like Lesley Gore and Jay & The Techniques, and mildly interesting rock collectable-types like Repairs and Puzzle. No one except for a record collector could possibly enjoy all of this stuff, which is very much a part of its charm. An absolute labor of love, this is an historic project well worth your attention. Highly recommended—dopey stuff and all! 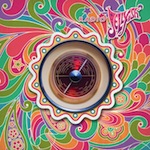 Jellyfish: Radio Jellyfish (Omnivore) A welcome archival set from much-loved prescient popsters Jellyfish, whose early ‘90s albums were both contextually remarkable and also hook-filled as hell. Comprised of excerpts from two 1993 acoustic radio sessions in Holland and Australia, the disc features band classics like “The King Is Half-Undressed” mixed with sharp covers of the Move’s “I Can Hear The Grass Grow” and Badfinger’s “No Matter What.” It all sounds great—not a small matter, as this band excelled in full-blown studio arrangements—but more importantly, the original material proudly stands head-to-head with the covered classics. A much-missed band due for further re-evaluation.

Various Artists: The Music Of Nashville, Season 2, Vol. 1 (Big Machine) While perhaps this show hasn’t taken off to the extent its producers might’ve hoped, it remains hard to fault the music it has so far produced—of which this is yet another disc, featuring actresses Hayden Panettiere and Connie Britton, among others, and sounding just about on par with most of today’s better pop-inspired Nashville recordings. Whether that’s a compliment about the quality on display here or a dig at what currently passes for “real” country at this late date remains to be seen—but in the world of pandering musical TV shows like American Idol, The Voice and Glee, I’ll take this any day. 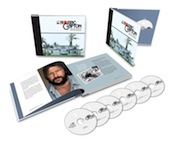 Eric Clapton: Give Me Strength: The ‘74/’75 Recordings (Polydor) A surprisingly well thought out package collecting the patch of albums Eric Clapton recorded at his post-Cream commercial zenith—stretching from 461 Ocean Boulevard through There’s One In Every Crowd and the live E.C. Was Here—this multi-disc (5 CDS, 1 Blu-ray) collection features outtakes galore, some superb live tracks, an expanded session with guitar great Freddie King, and, on the Blu-ray, 5.1 and quadrophonic mixes of the featured studio albums. Historically relevant stuff, intelligently compiled and sounding better than ever, with a book featuring liner notes and rare photos, and unheard versions of “Layla,” “I Shot The Sheriff,” and “Crossroads”: If you like Eric Clapton, you’ll love this. 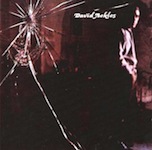 David Ackles: David Ackles (International Feel) A reissue of the 1968 debut album by David Ackles–one of the many singer/songwriters who appeared all at once in record racks during the era, most seeming to bear the names Tim or Tom—which sounds sturdy, adventurous, colorful and well in keeping with the distinguished tradition of Elektra Records, who originally released it. Praised incessantly by most critics, but never really connecting with the public commercially, Ackles went about his business recording scattered albums to come, but stopped after 1973 and eventually died of lung cancer in 1999. Now, as then, an object of cult adoration, Ackles sounds at his absolute best here: The musical arrangements are tastefully subtle, and the five additional tracks, an unexpected bonus, are well worth hearing. Great stuff.

Beastmilk: Climax (Magic Bullet) Apparently the work of a Finnish “apocalyptic post-punk quartet” and according to impartial observer Amazon.com featuring “10 songs of staggering refinement, brilliance, and complete mastery the likes that only rarely appear on albums destined for classic, genre-cornerstone status,” experts agree: This band is one R away from perfection!