Queens For a Day! - Rolling Stone
×

It’s been a busier week than I’d like, meaning:

I missed the opportunity earlier today to take a bus trip to Santa Barbara to watch former blond reggae rocker Sting perform all the songs that will comprise his soon-to-come, self-composed Broadway musical—dudes, this is not fiction!

I awoke to a suggestion that Miley Cyrus’s new “risqué” single artwork was one of the biggest music stories of the day!

And, perhaps mostly, we decided to start up a list of musicians we thought were likely to die soon and assign their obituaries so that we could get ahead of the news when, er, that fateful day comes!

All told? Another exciting day in the world on music journalism—a craft that has never been more exciting or more certain to spread joy throughout the world since I got my degree in social media in the ‘80s! 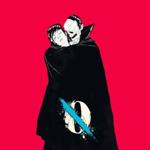 Queens Of The Stone Age: …Like Clockwork (Matador) It’s not that easy to describe exactly what it is that makes the Queens Of The Stone Age so appealing when in fact the tools they regularly use—loud throbs, subtlety, occasional humor—aren’t instantly discernible to unsophisticated ears. Are they deliberately being funny? Sarcastic? It worked for Van Halen and it worked for Blue Oyster Cult, but that’s not really what’s going on here. Has everything already be done, so that artists who acknowledge that and use the tools we all have to work with have an advantage other, duller artists don’t? Is it really in the best interest of the record industry to allow artists to stream their works a week before their album’s release so that semi-sophisticated computer types with a hang for technology and programs that can capture audio will simply stream the albums, record them, and never buy ‘em? Nope! Like most people, I’m simply into these guys because they call themselves “queens”! Dopes! Don’t they get it? 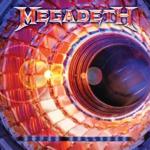 Megadeth: Super Collider (Tradecraft/Universal) There’s a certain level of comfort that comes with reviewing albums by Megadeth that’s not unlike reviewing the works of Tom Petty, Gordon Lightfoot or Gladys Knight. I mean, what in the hell can you possibly expect? “A stunning waltz, topped off by a violin quartet and a tape loop of Barry Manilow and Celine Dion singing ‘Reunited,’ makes album opener ‘Kingmaker’ one of Megadeth’s finest-ever opening tracks!” Dudes, you get what you pay for! That said, there are a lot of diverse sounds here for a band that’s been around for three decades, the fretwork of comparative new-guy Chris Broderick is both artful and fierce, and maybe, just maybe, a completely fine album by Megadeth after all these years is better than—and has more cultural worth than—the three or four albums Ke$ha will record before she dries up and turns into the next generation’s version of a Jeopardy question. Or maybe we’ll all just sprout wings and see how long we can make our fingernails grow! I’m open to all options, and so is Megadeth! I like the way they spell! 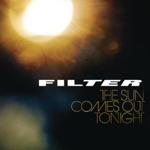 Filter: The Sun Comes Out Tonight (Wind-Up) There was a time roughly 10-15 years ago or so when I looked at the album charts and saw a host of names like Filter, Sponge, Limp Bizkit, Korn, Incubus and—aw, you know who I mean, every one of those bands who played at one of those horrible Woodstock anniversary things—and simply threw my hands up in the air and said, candidly, to my closest friends, “I’m beginning to think today’s rock ‘n’ roll isn’t as thrilling as I might like!” We all laughed, of course, because, like many, we’d stopped listening to rock ‘n’ roll in the early ‘80s and simply pretended we liked it so that we could make money writing about it—no, that can’t be right—but still…all these years later…Limp Bizkit has reunited and Filter are back and better than ever! But you know what? They weren’t bad at all! And in 2013, a new Filter album featuring tracks like “We Hate It When You Get What You Want” and “This Finger’s For You” is exactly what the doctor ordered! If they ever joined forces with Menthol—now there was a ‘90s band—this band would smoke!

Cat Mother & The All Night Newsboys: Albion Doo-Wah (Real Gone Music) I remember seeing this band open for Jimi Hendrix in Miami back in 1968—I was, er, an embryo or something—and had no notion of what they were all about, for it was prior to the release of their completely fab 1969 debut album The Street Giveth…And The Street Taketh Away, which bore the mini-hit “Good Old Rock ‘n’ Roll,” and frankly their name was kind of sucky. Still, they rocked! But as good as that album was, its follow-up—which the Real Gone label has seen fit to reissue here—was even better, and its rarity makes a 2013 re-listening a highly worthy experience. Opening track “Riff Raff” is stellar—was then, is now—and the band’s late ‘60s/early ‘70s Woodstockian vibe, unavoidable considering both their locale and the era, at times brings to mind a rockin’ version of the Band with a surprisingly forward-looking grasp of funk. In a world where Electric Ladyland can be reissued a dozen times, I’m inclined to prefer the re-release of unheard classics like this one. Long-lost but, seriously, masterful. 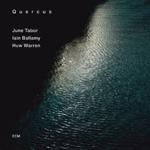 June Tabor, Huw Warren, Iain Bellamy: Quercus (ECM) A subtle, lovely album that is as adventurous as one might expect from the ECM label, Quercus is a collaboration featuring distinguished Brit folksinger June Tabor, Welsh pianist Hew Warren and English saxophonist Iain Bellamy—and the result is distinctly different both from the well-trod trad grounds Tabor has previously explored and the avant-ish territory Bellamy traverses in his hip jazzy ECM band Food. Stark, eerie, airy—all the adjectives one might use when describing your standard ECM release—all play a part in the sonic proceedings, but Tabor’s impeccable warmth, and sonic accuracy, lend a classic air to all of this that’s noticeable from the very first minute. Those who think that everything’s been done—and there are many who think that—ought to give this a thorough listen. One of the year’s very best. 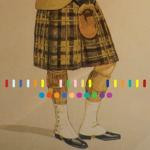 Future Bible Heroes: Partygoing (Merge) There’s a part of me–admittedly a small part—that thinks I should be liking Stephin Merritt’s Future Bible Heroes more than I do, and I say that as a fan of his former bands the Magnetic Fields and even the 6ths. But after the instant favorable rush opening track “A Drink Is Just The Thing” offers, I find myself less interested in the actual music and songs here and more conscious of the songwriting “process” that dogged the oddly-revered 69 Love Songs and apparently has convinced Merritt and crew that just about anything, if a minor hook can be had, is artistically acceptable. Speaking as someone who likes cute and quirky tuneage more than most, there’s something here that rubs me the wrong way: cynicism, a noticeable bit of intellectual elitism, and a persistent lack of strong—really strong, and memorable—melodies. I am the last guy who thinks about how much fun it would be to hear this stuff performed live in concert while exchanging knowing glances with friends also in attendance, and that that image was even evoked for a fraction of a second is, at least to me, mildly horrifying. My advice: Being stupid is the new way to go!

The Olms: The Olms (Harvest) What’s in a name? You tell me. A new duo featuring the entirely respectable Pete Yorn—whose solo career was blossoming, at least for a while—and relatively unknown LA dude J.D. King, surfacing here with an excellent collaborative effort that, to be candid, got my attention purely because it represents the revival of the revered Harvest Records label—which, if you know anything about that label’s back catalog, is no small thing. Nothing exceptionally weird or Pink Floydy/Kevin Ayers-ish here, but perhaps that label’s tradition of glorifying art rather than commercialism (Little River Band? Cool!) allows the respectable songs here the context they deserve to be fully appreciated. Certainly a fine showing for Yorn, and hopefully the start of many cool Harvest-esque records to come!

Jon Hopkins: Immunity (Domino) A wonderfully atmospheric, adventurous set from Brit producer Jon Hopkins, his fourth–filled with rhythms, airy spaciousness and a sophistication and maturity that begs repeated listenings. Danceable but diversified, subtle and emotional stuff, Immunity is a captivating listen and something of a grand statement. Very, very good. 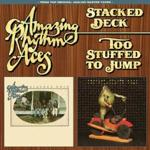 Amazing Rhythm Aces: Stacked Deck/Too Stuffed To Jump (Real Gone Music) Yet another unanticipated reissue, this collection of the first two albums by ‘70s rockers the Amazing Rhythm Aces is an instant ear-opener. Though they made some noise with their early hits “Third Rate Romance” and “Amazing Grace (Used To Be Her Favorite Song),” their gradual fade—and time—has made them a foggy memory for most. But as the superb remastering here makes all too clear, what this band was doing, in its merger of country rock, Memphis rhythm and flat-out R&B was masterful indeed. Much of this stuff verges on near-classic: few wasted notes, precise playing and singing, and deep, throbbing rhythms that—in 2013—sound more contemporary than anyone might expect. See for yourself. 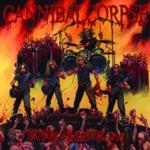