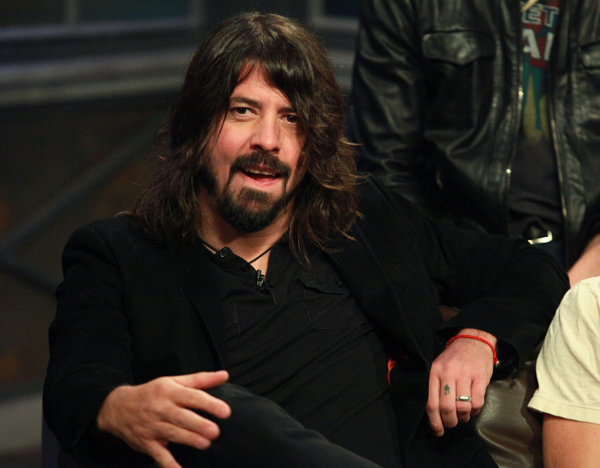 Dave Grohl is still hoarse the morning after a festival gig in Milan. “This is what I sound like when I order room service,” the Foo Fighters frontman says in a genial growl “Just from belting it out for three hours a night.” His vocal cords are going to get a lot more abuse this year – with the Foos playing to massive crowds in Europe and the States all summer and fall. “Honestly, at this point, we’re a better live band than we’ve ever been,” he says. “I’ve watched Queen at Live Aid so many times that I think it’s finally started to rub off.”

How much are you switching up the set lists from night to night?
Every night is different. It’s really about reading an audience. I think it’s important that they understand that it’s not like a Broadway show or a video game. It’s human and it’s real. Some nights are the greatest nights in the world, some nights are incredible and some nights are just good. We don’t really have bad shows anymore.

You guys are known to bust out a cover. Done any lately?
We’ve got a list of, like, 75 covers, in case we ever want to fuckin’ goof off in front of 70,000 people. It really came in handy at the Hangout festival in Alabama in May. Cee Lo was supposed to go on at 3:30 in the afternoon, but he hadn’t showed up yet. So we went up and did Alice Cooper, “School’s Out”; “Tie Your Mother Down,” by Queen; and “Breakdown,” by Tom Petty. We started doing “Darling Nikki,” and that’s when Cee Lo showed up and started singing it with us. It was a perfect afternoon.

Krist Novoselic played on a song from your new album – any chance he might come out one night?
He’s always up for it if he’s around and available. But Krist is in law school right now, so it’s hard. He’s not as footloose and fancy-free as he was when he was a rock & roller.

Speaking of Nirvana, this September is the 20th anniversary of Nevermind. Are you planning anything special to celebrate?
You know, it’s funny. It’s almost like a wedding anniversary – something that someone reminds you of about a week beforehand, and then you panic and buy flowers. But I wouldn’t doubt it if something very special happens – we have a few things up our sleeves. I can’t really say anything yet. But you’ll see. It’ll be fun.